In the near future, Los Angeles is a city on the brink of evolution, struggling with a new wave of terror powered by black market technology. Enter Aphrodite V: a fugitive from her masters, seeking individuality and purpose. She is the bleeding edge of biomechanics…and Los Angeles’ best hope against a new enemy that seeks to become a god among machines.

One machine wants to destroy the city. Another has come to save it. Only one will survive.

“A fresh take on a seemingly plausible not-too-distant future.” —ComicBook.com

“Its lead is good, Aphrodite is mysterious and interesting, and the art is great. This one
gets a recommendation.” —Bleeding Cool

“Ideal for fans of Ex Machina, The Terminator, and any sci-fi robot classic.”
—ComicsVerse 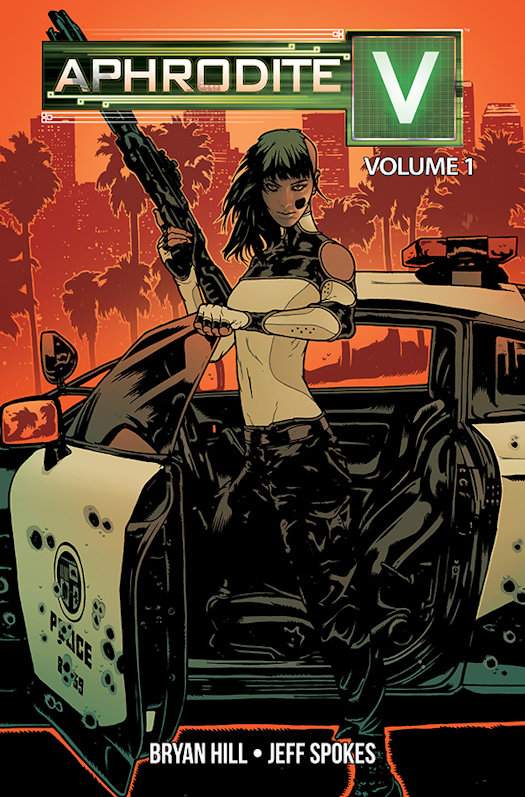