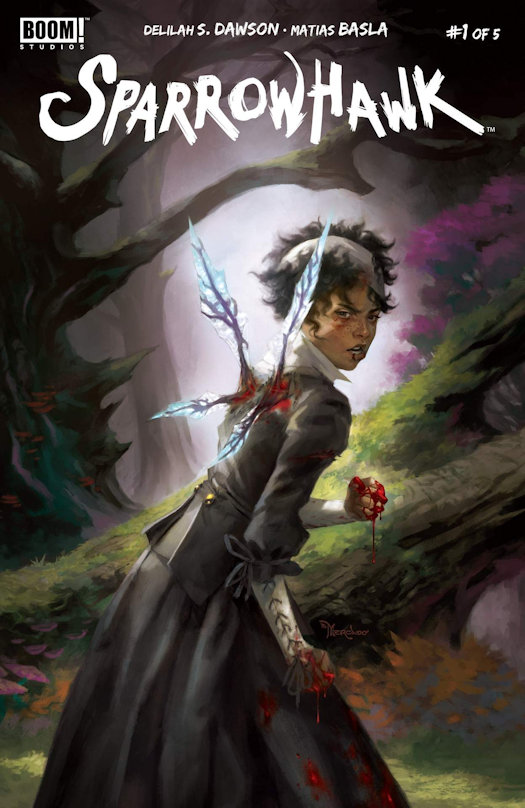 Teen Victorian fairy fight club! As the illegitimate daughter of a Naval Captain, Artemesia has never fit in with her father’s family, nor the high class world to which they belong. However, when she is targeted by the Faerie Queen and pulled into another realm, she has no choice but to try and save the world that has always hated her. Writer Delilah S. Dawson (Hellboy: An Assortment of Horror, Star Wars: Forces of Destiny) and artist Matias Basla (The Claw and Fang) present a beautiful, gripping tale perfect for fans of Labyrinth and Princeless.


Note: The next issue of Sparrowhawk is out on November 2nd. 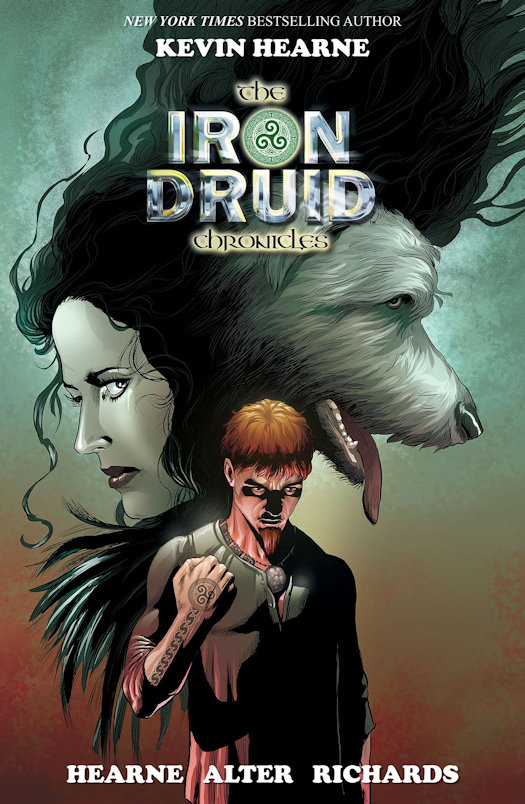 Based on New York Times Bestselling author Kevin Hearne’s Iron Druid Chronicles, the Hounded graphic novel introduces the character of Atticus O'Sullivan, and his world, an alternate history where magic, vampires, werewolves, gods and other supernatural elements exist (albeit in hiding).

Atticus O’Sullivan has been running for two thousand years and he’s a bit tired of it. After he stole a magical sword from the Tuatha Dé Danann (those who became the Sidhe or the Fae) in a first century battle, some of them were furious and gave chase, and some were secretly amused that a Druid had the cheek to defy them. As the centuries passed and Atticus remained an annoyingly long-lived fugitive, those who were furious only grew more so, while others began to aid him in secret.
Now he’s living in Tempe, Arizona, the very last of the Druids, far from where the Fae can easily find him. It’s a place where many paranormals have decided to hide from the troubles of the Old World―from an Icelandic vampire holding a grudge against Thor to a coven of Polish witches who ran from the German Blitzkrieg.

Unfortunately, the very angry Celtic god who wants that sword has tracked him down, and Atticus will need all his power, plus the help of a seductive goddess of death, a bartender possessed by a Hindu witch, and some good old-fashioned luck of the Irish to kick some arse and deliver himself from evil. 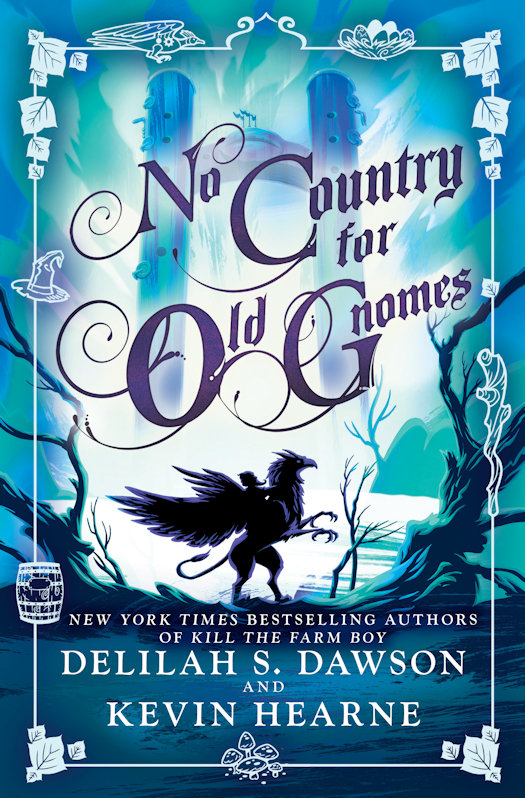 Go big or go gnome. The New York Times bestselling authors of Kill the Farm Boy return to the world of Pell, the irreverent fantasy universe that recalls Monty Python and Terry Pratchett.

War is coming, and it’s gonna be Pell.

On one side stand the gnomes: smol, cheerful, possessing tidy cardigans and no taste for cruelty.

On the other side sit the halflings, proudly astride their war alpacas, carrying bags of grenades and hungry for a fight. And pretty much anything else.

It takes only one halfling bomb, and Offi Numminen’s world is turned upside down—or downside up, really, since he lives in a hole in the ground. His goth cardigans and aggressive melancholy set him apart from the other gnomes, as does his decision to fight back against their halfling oppressors. Suddenly Offi is the leader of a band of lovable misfits and outcasts—from a gryphon who would literally kill for omelets—a young dwarf herbalist who is better with bees than his cudgel to an assertive and cheerful teen witch with a beard as long as her book of curses—all on a journey to the Toot Towers to confront the dastardly villain intent on tearing Pell asunder. These adventurers never fit in anywhere else, but as they become friends, fight mermaids, and get really angry at this one raccoon, they learn that there’s nothing more heroic than being yourself.

In No Country for Old Gnomes, Delilah S. Dawson and Kevin Hearne lovingly tweak the tropes of fantasy and fairy tales. Here you’ll find goofy jokes and whimsical puns, but you’ll also find a diverse, feminist, and lighthearted approach to fantasy that will bring a smile to your face and many fine cheeses to your plate.