PORTLAND, OR, 10/22/2018 — This December, following the wildly successful Kickstarter campaign for the HATE board game, Image/Top Cow will release an oversized trade paperback edition of CHRONICLES OF HATE, collecting books one and two of internationally renowned artist Adrian Smith’s dark fantasy series.

Smith first came to prominence for his atmospheric, moody artwork and game illustrations for such popular franchises as Magic: The Gathering and Warhammer.

In a world where the sun is frozen and the moon burns, CHRONICLES OF HATE follows an unlikely hero who rises to free the Earth Mother from her chains. This isn’t a world for the weak. All we know is HATE.

CHRONICLES OF HATE, COLLECTED EDITION will also be available for purchase across many digital platforms, including the official Image Comics iOS app, Amazon Kindle, Apple Books, comiXology, and Google Play. 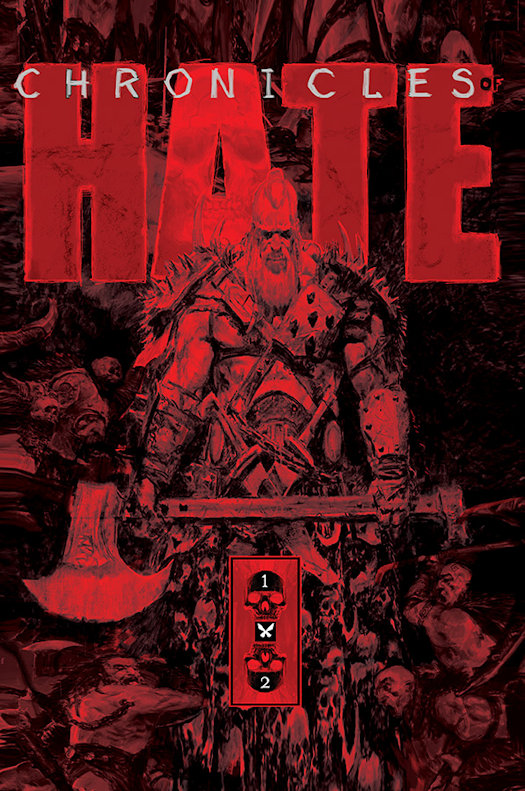 ABOUT IMAGE COMICS
Image Comics is a comic book and graphic novel publisher founded in 1992 by a collective of bestselling artists. Image has since gone on to become one of the largest comics publishers in the United States. Image currently has five partners: Robert Kirkman, Erik Larsen, Todd McFarlane, Marc Silvestri, and Jim Valentino. It consists of five major houses: Todd McFarlane Productions, Top Cow Productions, Shadowline Comics, Skybound Entertainment, and Image Central. Image publishes comics and graphic novels in nearly every genre, sub-genre, and style imaginable. It offers science fiction, fantasy, romance, horror, crime fiction, historical fiction, humor and more by the finest artists and writers working in the medium today. For more information, visit www.imagecomics.com.
Posted by Qwill at 5:50 AM