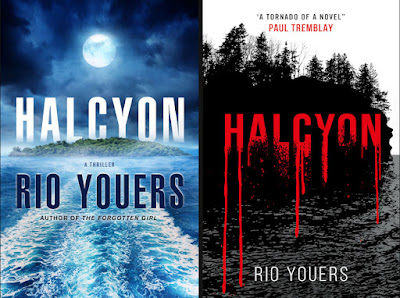 The Qwillery:  Welcome to The Qwillery. What is the first piece you remember writing?

Rio Youers:  I’ve been writing fiction for as long as I’ve been able to form sentences. The first story I remember writing—at five, maybe six years old—was called Jojo the Clown. It’s worth mentioning because it was twenty-four pages long (even at six I needed an editor). The first story I submitted for publication was called The Dog, a short piece about a telepathic killer (I was charmed by the idea of a psychic psycho). It wasn’t very good, and was promptly and justly rejected. The possibility of being published, though, was too appealing, so I submitted stories regularly from that point forward, amassing the rejections until I was good enough for an editor to say yes. It took many years.

RY:  I know a lot of writers tire quickly with the editing and proofing stages, but I love all of that—the process of refining the material. It’s like tuning a guitar. It plays better, and makes people happier, when the notes are true. The most challenging thing for me has always been beginning a new novel, working through the first 10 or 20,000 words, until the work finds its voice, and the characters begin to breathe on their own. That’s when the magic happens, when you can surrender some control and let the story unravel.

RY:  So many things. Great fiction, obviously. Great storytelling, in any form. Good friends, good conversation. Good music. I absorb anything creative and moving. And that’s what I endeavor to bring to my fiction. Whether I manage it or not is a matter of opinion.

TQ:  Tell us something about Halcyon that is not found in the book description.

RY:  Valerie Kemp, aka Mother Moon, serves a group of powerful, iniquitous men who call themselves The Society of Pain. They believe that pain is the gateway to enlightenment, and have Valerie orchestrate acts of violence and terror to channel the suffering of the masses. Valerie’s goal is to escape their hold over her, and find her own path to enlightenment.

TQ:  What inspired you to write Halcyon? What appeals to you about writing Supernatural Thrillers?

RY:  Trump’s administration, his divided nation, the domestic terrorism, mass shootings, civil unrest, the greed and corruption. This is a dark and dangerous era in American history, and I wanted explore that. Initially, I’d set out to write a Mosquito Coast-style novel about a family’s need to escape, but it developed into something more, something deeper. I’d always intended for Halcyon to be character-driven, with an emphasis on family and core American values, but in many ways it became a kind of critique—a social commentary. I’m fine with that. Halcyon is a timely novel, and I’m very proud of it.

The supernatural element gives my imagination more room to run free. Adding a dose of the paranormal means I can divert from the confines of reality, although reality has to form the basis of everything. Credibility is key.

TQ:  What sort of research did you do for Halcyon?

RY:  Ugly research. Heartbreaking research. The novel deals with many difficult issues. Domestic terrorism, racial tension, mass shootings. I had to dig where I didn’t want to, and I’m pretty sure I hit every FBI watchlist along the way. It wasn’t all so bleak, though. Among the hundreds (perhaps thousands) of things I Googled were, “Average score for Zener card tests” and “What music do ten tears olds listen to?” But the big stuff, the main body of the research, was incredibly harrowing.

TQ:  In Halcyon who was the easiest character to write and why? The hardest and why?

The hardest? Well, Martin’s daughters, Edith and Shirley, were a challenge. They’re ten and fifteen years old respectively, and the world has shifted gears since I was a kid. It’s not easy to convincingly represent the mind (and the will) of a young person, especially when your own mind is full of cobwebs that were spun at around the time Crockett and Tubbs were on TV.

Valerie Kemp was a challenge, too. She’s such a dark, complicated individual, with so many layers. Usually, I’ll uncover more about my characters as I write them—spend time with them—but Valerie kept leading me from one mystery to another, and I was at least two drafts deep before I understood what made her tick. She fascinated, enthralled, and horrified me. We had a blast.

TQ:  Which question about Halcyon do you wish someone would ask? Ask it and answer it!

RY:  Did you cry at all while writing Halcyon? The answer: Yes, I did. I’m a very emotional man, I’m attached to my characters, and I cried many times.

TQ:  Give us one or two of your favorite non-spoilery quotes from Halcyon.

RY:  I don’t know if they’re my favorite, exactly, but they’re quite important quotes: “When pleasure is denied, the channel to new possibilities, and alternate experiences, becomes broader.” And, “I think everybody in America should know how to treat gunshot wounds.”

RY:  I’m currently working on a hi-octane, no-holds-barred action novel called Lola on Fire. I don’t want to reveal too much, but I will say that it’s a straight thriller, with no supernatural element, and that I’m channeling some of my favorite authors and filmmakers—Elmore Leonard and Martin Scorsese, to name but two—while writing it. If all goes to plan, I expect it to be published in early 2020.

RY:  The pleasure was all mine. Thank you. 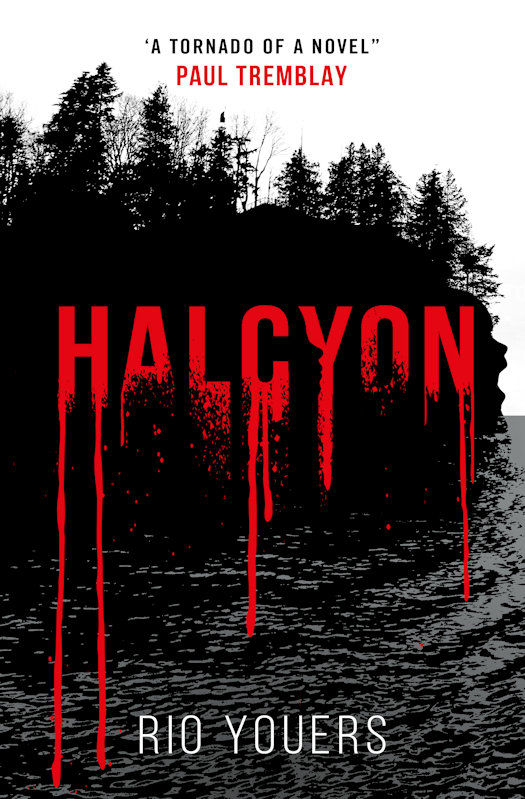 Halcyon is the answer for anyone who wants to escape, but paradise isn’t what it seems.

A self-sustaining community on a breathtakingly beautiful island, Halcyon is run for people who want to live without fear, crime or greed. Its leader has dedicated her life to the pursuit of Glam Moon, a place of eternal beauty and healing, and believes the pathway there can only be found at the end of pleasure.

On the heels of tragedy, Martin Lovegrove moves his family to Halcyon. A couple of months, he tells himself, to retreat from the chaos and grind. Yet he soon begins to suspect there is something beneath Halcyon’s perfect veneer. As the founder captivates his young family, Martin sets out to discover the truth of the island, however terrible it might be, where something so perfect hides unimaginable darkness beneath… 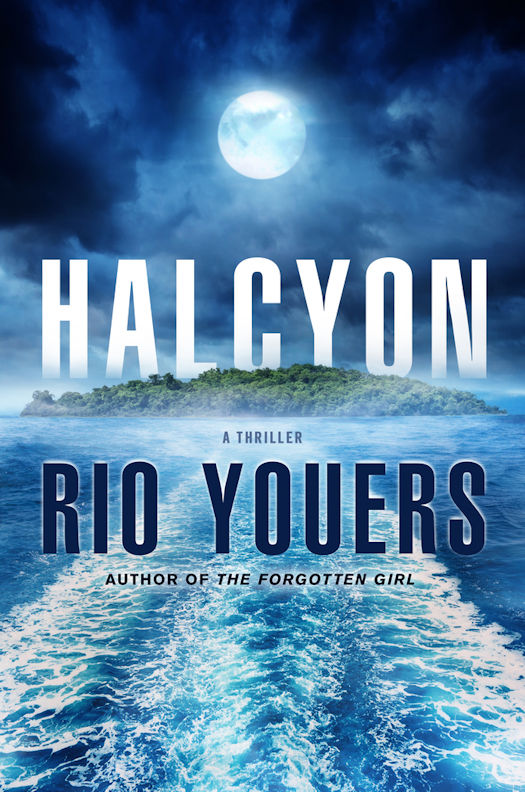 From the author of End Times and Point Hollow comes a new thriller, Rio Youers's Halcyon

HALCYON is the answer for all Americans who want to escape, but paradise isn't what it seems. A beautiful island in the middle of Lake Ontario—a self-sustaining community made up of people who want to live without fear, crime, or greed. Halcyon is run by Valerie Kemp, aka Mother Moon, benevolent and altruistic on the outside, but hiding an unimaginable darkness inside. She has dedicated her life to the pursuit of Glam Moon, a place of eternal beauty and healing. And she believes the pathway there can only be found at the end of pleasure.

On the heels of tragedy, Martin Lovegrove moves his family to Halcyon. A couple of months, he tells himself, to retreat from the chaos and grind. He soon begins to suspect there is something beneath Halcyon’s perfect veneer and sets out to discover the truth—however terrible it might be—behind the island and its mysterious founder, Mother Moon.

RIO YOUERS is the British Fantasy Award–nominated author of End Times and Point Hollow. His short fiction has been published in many notable anthologies, and his novel Westlake Soul was nominated for Canada’s prestigious Sunburst Award. Rio lives in southwestern Ontario with his wife, Emily, and their children, Lily and Charlie.