This summer Tor invites you to step into a chilling tale of ghosts, psychics and danger in Leanna Renee Hieber’s latest gaslamp fantasy novel, Eterna and Omega. Picking up at the cliffhanger ending for The Eterna Files, Eterna and Omega develops the ongoing mystery in this Victorian X-files adventure. 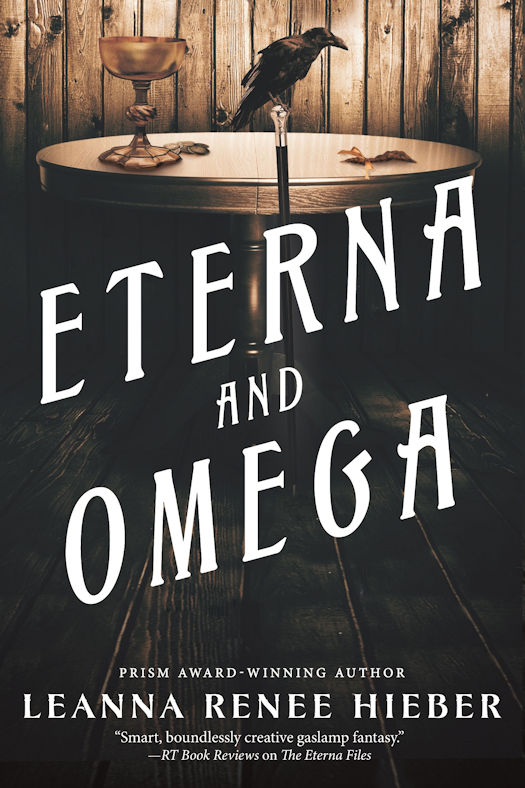 Leanna Renee Hieber's gaslamp fantasy series continues and the action ramps up in Eterna and Omega.

In New York City, fearing the dangers of the Eterna Compound--supposedly the key to immortality--Clara Templeton buries information vital to its creation. The ghost of her clandestine lover is desperate to tell her she is wrong, but though she is a clairvoyant, she cannot hear him.

In London, Harold Spire plans to send his team of assassins, magicians, mediums, and other rogue talents to New York City, in an attempt to obtain Eterna for Her Royal Majesty, Queen Victoria. He stays behind to help Scotland Yard track down a network of body snatchers and occultists, but he'll miss his second-in-command, Rose Everhart, whose gentle exterior masks a steel spine.

Rose's skepticism about the supernatural has been shattered since she joined Spire's Omega Branch. Meeting Clara is like looking into a strange mirror: both women are orphans, each is concealing a paranormal ability, and each has a powerful and attractive guardian who has secrets of his own.

The hidden occult power that menaces both England and America continues to grow. Far from being dangerous, Eterna may hold the key to humanity's salvation.


“This second Eterna Files novel expands the hauntingly
beautiful world of Hieber’s inventive gaslight fantasy
series and is full of rich historical detail, clever
paranormal elements and emotional character
development. Hieber has a unique ability to transform
the most familiar settings into remarkable places and
to imbue all of her scenes with beautiful, inventive
details. … the intriguing premise of this story, and the fierce
bond that develops between the two primary heroines,
provides plenty for new readers and fans alike to savor.”
—RT Book Reviews, Four Star Review 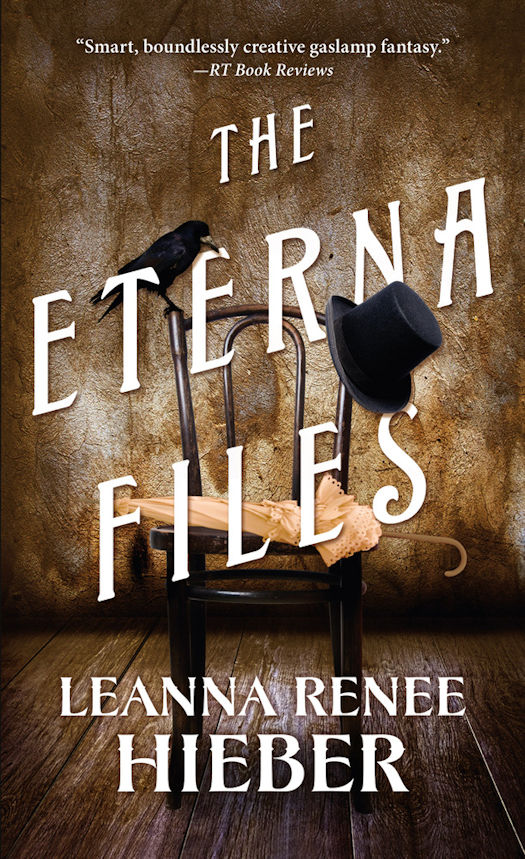 Welcome to The Eterna Files, written by Leanna Renee Hieber, "the brightest new star in literature"(True-Blood.net)

London, 1882: Queen Victoria appoints Harold Spire of the Metropolitan Police to Special Branch Division Omega. Omega is to secretly investigate paranormal and supernatural events and persons. Spire, a skeptic driven to protect the helpless and see justice done, is the perfect man to lead the department, which employs scholars and scientists, assassins and con men, and a traveling circus. Spire's chief researcher is Rose Everhart, who believes fervently that there is more to the world than can be seen by mortal eyes.

Their first mission: find the Eterna Compound, which grants immortality. Catastrophe destroyed the hidden laboratory in New York City where Eterna was developed, but the Queen is convinced someone escaped—and has a sample of Eterna.

Also searching for Eterna is an American, Clara Templeton, who helped start the project after the assassination of Abraham Lincoln nearly destroyed her nation. Haunted by the ghost of her beloved, she is determined that the Eterna Compound—and the immortality it will convey—will be controlled by the United States, not Great Britain.

“Extremely descriptive, the supernatural plot is intriguing. The author has
offered up a rainbow of characters, from the guilt-ridden to the intellectual
to the satirical, which will have readers chomping at the bit for more.”
—Suspense Magazine for The Eterna Files

“Hieber has a knack for creating authentic Victorian atmosphere and
colorful personalities that will keep readers coming back for more.”
—Publishers Weekly for The Eterna Files

LEANNA RENEE HIEBER'S first novel, The Strangely Beautiful Tale of Miss Percy Parker, is a foundation work of gaslamp fantasy and the winner of two Prism Awards. Hieber has been a finalist for the Daphne Du Maurier Award. Rarely seen out of Victorian garb, Hieber often appears at conventions, bookstores, and library events. Her travel schedule and other news can be found at Leannareneehieber.com.