Please welcome Levi Black to The Qwillery as part of the Red Right Hand Blog Tour! 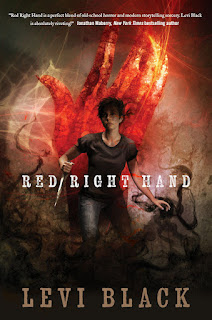 When I was forming the ideas that would become RED RIGHT HAND I wanted to write an urban fantasy using something new to the genre. I wanted to try my hand at something that had mostly been relegated to the pure horror side of things. I wanted to play in Lovecraft's mythos.

Now, I know Lovecraft is problematic but his mythos endures, inspiring hundreds of authors with the concepts in it. Truthfully, as much as I love the mythos, I do not care for Lovecraft's actual writings. I find my inspiration far more from the writers he allowed to access and use the mythos to their own ends.

Once I came up with the concept of a Lovecraftian urban fantasy I ran into a problem.

The elder gods don't give a damn about humanity.

The horror cosmic in these stories revolves around the concept that these beings are so alien to us that they do not care about us at all. We are nothing to them. Inconsequential.

Well, that works for horror, but not for urban fantasy.

In urban fantasy you have humans, or near enough to human, interacting with the monsters. So enter our main character, Charlie.

Charlie is a survivor.

When the chaos god Nyarlathotep enters her life she has already survived trauma, a terrible thing that happened to her when she was very young. She is finally on the other side of it as much as she can be, functioning in the world, even beginning to thrive, when he sweeps in and recruits her into his service, using a magick she didn't know she had to find his kin as they try to squeeze themselves into our reality.

He thinks because of her past that she will be malleable, easily broken and used for his designs.

Sometimes the gods are foolish.

With Charlie I tried to pour in all the love and admiration I have for the dozens of women I've known throughout my life who are just like her. They may have suffered trauma and hurt and pain but they are strong and courageous and they fight their personal chaos gods every day. 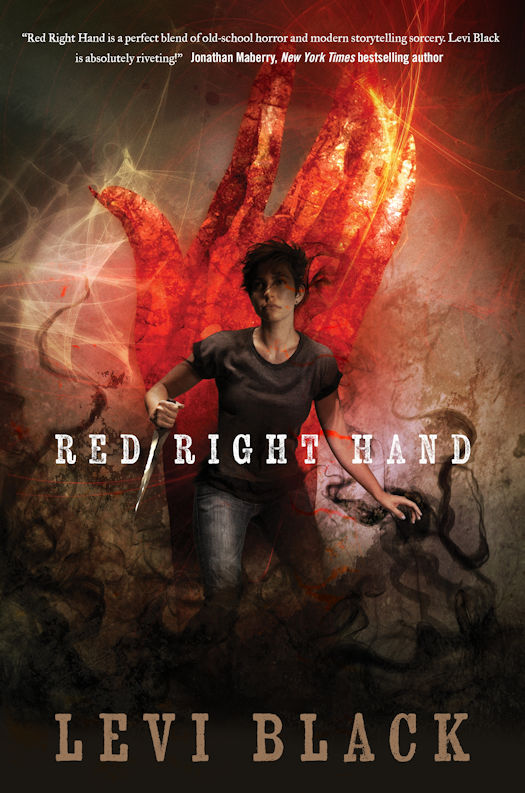 Charlie Tristan Moore isn’t a hero. She’s a survivor. Already wrestling with the demons of her past, she finds herself tested as never before when she arrives home one night to find herself under attack by three monstrous skinhounds straight out of a nightmare. Just as hope seems lost, she is saved by a sinister Man in Black, dressed in a long, dark coat that seems to possess a life of its own and wielding a black-bladed sword in his grisly red right hand.

But her rescue comes at a cost. The Man in Black, a diabolical Elder God, demands she become his Acolyte and embrace a dark magick she never knew she possessed. To ensure her obedience, he takes her friend and possible love, Daniel, in thrall as a hostage. Now she must join The Man in Black in his crusade to track down and destroy his fellow Elder Gods, supposedly to save humanity from being devoured for all eternity.

But is The Man in Black truly the lesser of two evils–or a menace far more treacherous than the eldritch horrors she’s battling in his name?

Nyarlathotep, the Crawling Chaos and the Man in Black, enters Charlie Tristan Moore's life and does what he does best - upends everything and creates a lot of chaos. Charlie is living with the pain and suffering caused by events that become all too clear over the course of the novel. (Trigger Warning: sexual abuse and rape.) Charlie is trying to survive - therapy, many martial arts, etc. - as she still tries to cope with what had happened years ago. The last thing she needs is Nyarlathotep and his requirements of her. He makes her his Acolyte and awakens the magic within her so that she may guide him to other gods who are trying to enter the world.

In between the fights and gore there are moments of humor and tenderness. Charlie's relationship with Daniel is a bright spot. I'm not sure I will ever get the image of Nyarlathotep drinking and loving coffee out of my head.

Unlike Lovecraft who was a master of building dread, Red Right Hand is much more in your face. There is plenty of well done mind chilling gore, terrific battles, and well thought out use of the Lovecraft's lore. Of all the characters, Charlie grows the most over the novel. She comes more to grips with what had happened to her in a variety of ways. She's tough and closed off so getting to know her and empathize is often hard. She's gone through hell.

Nyarlathotep is creepy, scary, violent, and alien. He knows what he wants and does not care what or who is destroyed in the process. Despite this he is sometimes amusing. Daniel, Charlie's love interest, is the calm in the storm. He's not as fully developed as Charlie, but I suspect we will learn more about him in future novels.

Red Right Hand mixes Urban and Dark Fantasy and a bit of Horror with some Elder Gods and more to create a creative and engaging new spin on the Lovecraftian Mythos. 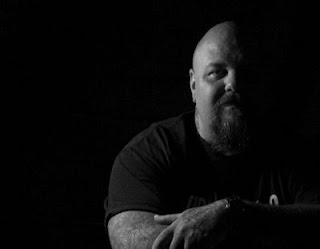 Levi Black is the author of Red Right Hand (Tor Books, on sale July 26th). He lives in Metro Atlanta with his wife and an array of toys, books, records, and comics. He's been weird his whole life and is almost as scary as he looks.