Spotlight and Giveaway: After the War by J. Kathleen Cheney 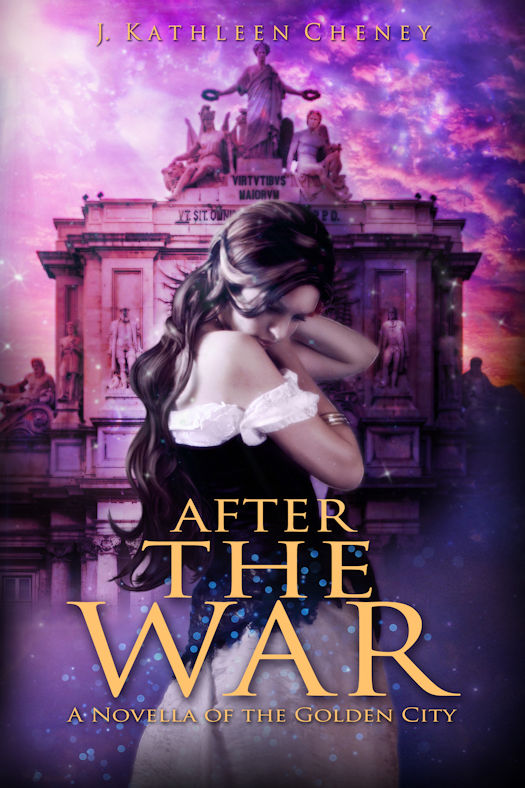 After the Great War, Alejandro Ferreira wandered across Europe, unable even to remember his name, until one night in Lisboa, a young woman recognizes him. She brings him home to his family--one he can't recall, but very much wants to keep.

His seer's gift has been as much of a trial as a blessing. It didn't keep him out of trouble during the Great War, either--someone cursed him to lose his memory. Someone else is after him, wanting him to keep a secret he doesn't even remember he has. And he quickly learns that all is not well between himself and his lovely wife. Without his memories or his seer's gift, can Alejandro rebuild his life and unveil his stalker before they eliminate him?


Enter the Goodreads Giveaway of After the War here. Runs until August 20th!

What:  One entrant will win a digital copy (ePub or mobi)  of After the War by J. Kathleen Cheney. INTERNATIONAL

Who and When:  The contest is open to all humans on the planet earth with an email address. Contest ends at 11:59 PM US Eastern Time on August 30, 2016. Void where prohibited by law. No purchase necessary. You must be 18 years old or older to enter.

Labels: After the War, giveaway, J. Kathleen Cheney, Spotlight, The Golden City
Email ThisBlogThis!Share to TwitterShare to FacebookShare to Pinterest