Interview with Christopher Steinsvold, author of The Book of Ralph


Please welcome Christopher Steinsvold to The Qwillery as part of the 2016 Debut Author Challenge Interviews. The Book of Ralph was published on August 9th by Medallion Press.

The Book of Ralph Launch Party will be held on August 31st at Tender Trap, 66 Greenpoint Ave, Brooklyn, New York 11222. You may find more information on Facebook here. 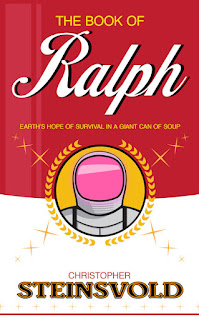 Christopher:  Sometime in Jr. High, my parents gave me an Apple IIc with a word processor. It was a release to get thoughts out of my head. In High School, I took a typing class and creative writing classes, and my writing output soared. Having others enjoy my thoughts is a deep thrill, and worth suffering through the times they don’t.

Christopher:  Definitely a pantser, though near the final draft I did do an outline, to get a better mental handle on the story. I recommend this to my fellow pantsers.

Philosophy helps me to think and write clearly, which, for me, is more difficult than it sounds.

TQ:  Describe The Book of Ralph in 140 characters or less.

Christopher:  An alien’s dangerous plan to save the world.

TQ:  Tell us something about The Book of Ralph that is not found in the book description.

Christopher:  Though the novel is comedic, it isn’t a farce. It isn’t Duck Soup. It is a story with many bizarre events, yet there are reasons why these events happen, and typically the reasons are revealed later on.

TQ:  What inspired you to write The Book of Ralph? What appeals to you about writing Science Fiction and particularly SF that deals with alien contact?

Christopher:  I was excited by the initial ideas. A message suddenly shows up on the moon, seemingly an advertisement, and humans are not responsible. I love the freshness of it. When I realized I could explore a number of philosophical ideas I had, I was doubly excited. I tried hard to write something original, and as far as I can tell, I did.

I find Science Fiction attractive because the possibilities are so wide open. Exactly why first contact is attractive is answered in the novel (no spoilers!).

TQ:  What sort of research did you do for The Book of Ralph?

Christopher:  The most exhaustive type of research I could without leaving my apartment.

TQ:  In the The Book of Ralph who was the easiest character to write and why? The hardest and why?

Christopher:  Ralph was extreme fun. Markus, the narrator, was the most challenging, due to the natural limitations of writing in first person.

TQ:  Which question about The Book of Ralph do you wish someone would ask? Ask it and answer it!

Christopher:  Q: Did you get a film option? A: Yes!

TQ:  Give us one or two of your favorite non-spoilery quotes from The Book of Ralph.

Christopher:  “We were the frills of the universe gazing upon something unspeakably more central than ourselves.”

Christopher:  I recently finished a short story, and have two ideas for novels that I like. But, for now, I’m focusing on promoting The Book of Ralph. 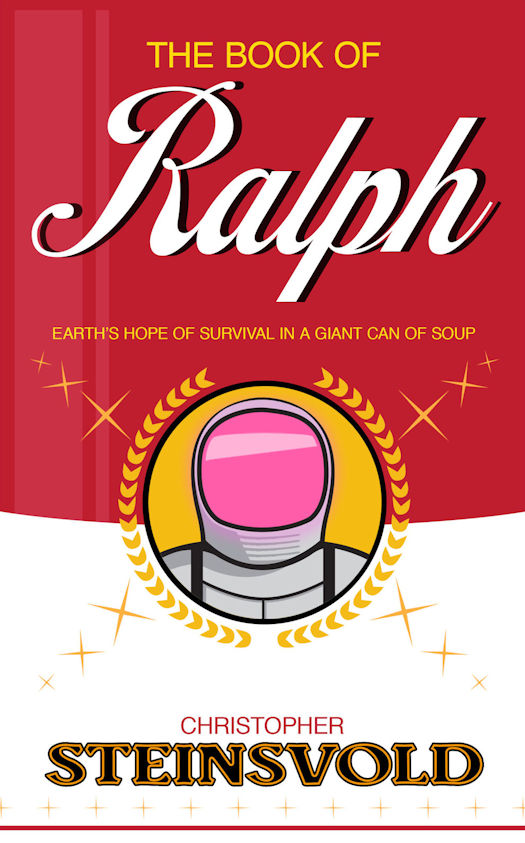 A message appears on the moon. It is legible from Earth, and almost no one knows how it was created. Markus West leads the government’s investigation to find the creator.

The message is simple and familiar. But those three words, written in blazing crimson letters on the lunar surface, will foster the strangest revolution humankind has ever endured and make Markus West wish he was never involved.

The message is ‘Drink Diet Coke.’

When Coca-Cola denies responsibility, global annoyance with the beverage-industrial complex becomes indignation. And when his investigation confirms Coca-Cola’s innocence, Markus West becomes one of the most hated men on Earth.

Later, five miles above the White House, a cylinder is discovered floating in the night. It is 400 feet tall, 250 feet in diameter, and exactly resembles a can of Campbell’s Chicken Noodle Soup. Nearly everyone thinks the cylinder is a promotional stunt gone wrong, just like the lunar advertisement. And this is exactly what the alien in the cylinder wants people to think.

Ralph, an eccentric extraterrestrial who’s been hiding on the moon, needs Markus’s help to personally deliver a dark warning to the White House. Ralph has a big heart, a fetish for Andy Warhol, and a dangerous plan to save the world.

Looking upon the cylinder, Markus realizes we are not the ones in control. The unexpected guest becomes the host, and somehow humans never belonged: “We are the homeless orphans peeking through the banquet window. We are the frills of the universe gazing upon something unspeakably more central than ourselves.”