Review: The Damned by Andrew Pyper 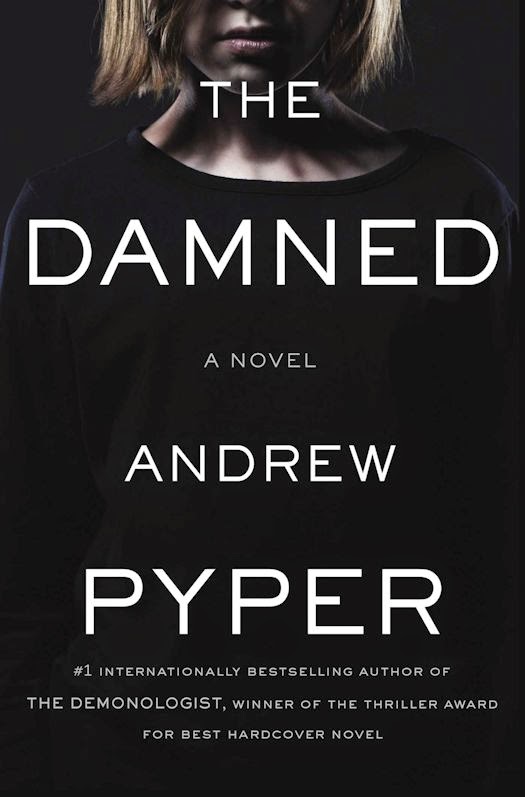 From the #1 internationally bestselling author of The Demonologist, called “smart, thrilling, utterly unnerving” by Gone Girl author Gillian Flynn, comes a spine-tingling supernatural thriller about a survivor of a near-death experience haunted by his beautiful, vindictive twin sister.

Most people who have a near-death experience come back alone…

After he survived a fire that claimed the life of his twin sister, Ashleigh, Danny Orchard wrote a bestselling memoir about going to Heaven and back. But despite the resulting fame and fortune, he’s never been able to enjoy his second chance at life.

In life, Danny’s charming and magnetic twin had been a budding psychopath who privately terrorized her family—and death hasn’t changed her wicked ways. Ash has haunted Danny for twenty years and now, just when he’s met the love of his life and has a chance at real happiness, she wants more than ever to punish him for being alive—so she sets her sights on Danny’s new wife and stepson.

Danny knows what Ash really wants is him, and he’s prepared to sacrifice himself in order to save the ones he loves. But to do this, he'll have to meet his sister where she now resides—and hope that this time, he can keep her there forever.

Twins enter the world as a ready-made team; two distinct halves of one eternally bonded whole. In Andrew Pyper's The Damned, Ashleigh Orchard and her brother Daniel also share an even more remarkable distinction. They were both stillborn, only to be revived at the desperate plea of their mother, by a doctor with a particular set of skills. Dead and then not dead on their very first day in this world. Of course, such an extreme reversal of fortune almost always comes with a price, and sometimes the reckoning for hastily made promises isn't apparent until it's really too late.

Ash and Danny have the twin bond, but there are distinct differences between them that go far beyond their being fraternal twins. Danny is awkward and introverted, while Ash is a unique beauty who is popular, intelligent and accomplished. But only her family knows that she has a side far darker and colder than anyone suspects, and that she is slowly destroying the family from the inside. On their 16th birthday, Ash and Danny die in a fire in nearby crumbling Detroit. Unlike the first time, Ash remains dead, but Danny returns. Ash is not about to take Danny's revival lying down. At the minimum, she will haunt her twin's footsteps from beyond, chasing off friends and lovers, and ensuring that his existence is as lonely as hers.

Years pass, and awkward teenager Danny grows into an equally awkward adult who makes a modest living off of his book about returning from the dead. Still living in fear of Ash, Danny meets Willa at an Afterlifer meeting, where people share their near death experience stories. Their common ground of returning from The After gives them a quick rapport. A brief courtship leads to marriage, and with Willa's son Eddie, they form a family, giving Danny the will to fight for more than the miserable husk of a life Ash has allowed him. His defiance ups the ante for Ash, and Willa and Eddie wind up in her tightening circle of vengeance. If there's a way to put Ash to rest, Danny must discover it before she destroys his family a second time.

This book was a mixed bag for me. Ash is truly wicked. Without conscience. Tireless and unpredictable. If nothing is happening, chances are that she's only letting Danny develop a false sense of security; she has nothing but time. Danny is definitely the "good twin," but his character suffers from the nice guy mantle that is his birthright. It was sometimes a bit of a stretch to believe someone with such a tepid personality could be a worthy adversary to the formidable Ash. And while Danny's relationship with Willa is an important shift for him, it happens so quickly that it did not resonate with me. The depth of their bond should be Danny's new driving force, but there wasn't enough time to develop a true emotional connection. Danny adores Willa, and this may be because she is willing to stay, even in the face of Ash's torments. But it's difficult to understand Willa's motivation to stand by Danny, putting her young son at risk when so little time has been invested. It's not really surprising that the evil twin is lavished with a delicious story while the good twin pales in comparison because he simply wants a family and a normal life. In the end, it was this unfairly matched fight between good and evil that made this book a page turner.

Pyper has written a solid story, with an interesting premise, and a larger than life villain. His descriptions are lovingly detailed, whether he's relating Ash's nightmare vision of Detroit, or the oozing texture of burned, rotting flesh. The Damned has been optioned by Legendary Pictures, and I think the strong visuals in Pyper's story will translate well to the big screen. In spite of unevenly developed characters, there's a lot to praise about The Damned. It doesn't matter whether Ash is living or dead: what she does for fun and sport brings pain and ruin to everyone in her path. If you're looking for horror, Ash and Pyper won't let you down.