Please welcome Sonya Taaffe to The Qwillery. “Imperator Noster” will be published in GENIUS LOCI: Tales of the Spirit of Place from Ragnarok Publications.

This is the twenty-seventh in a series of interviews with many of the authors and the artists involved in GENIUS LOCI. I hope you enjoy meeting them here at The Qwillery as much as I am! 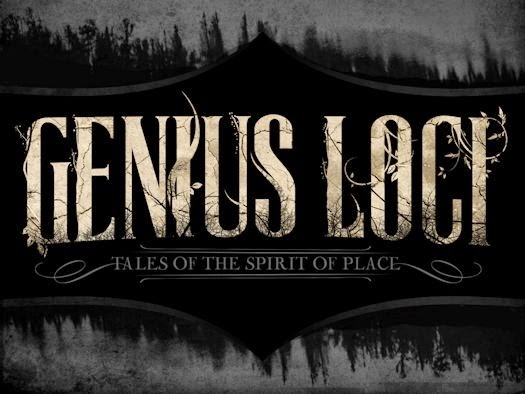 While you may have missed the Genius Loci Kickstarter (I'm a backer), you will be able to get the anthology via BackerKit and if you miss the BackerKit, from Ragnarok Publications later this year.

Sonya:  I can't answer the first question, because I've never written a novel, but as to the second, I think I might be a mix of the two. All of my stories start by the seat of the pants—I have a handful of words and I start building around them. Usually they're a scene, a sketch of a character, an image I'm trying to render accurately; sometimes they're just the rhythms of a character's voice. I may know the premise, but I don't necessarily know how events will work out. Or I know a hinge-point in the story, but I don't know where it falls. I do generally have some idea of direction, at least to start out with. The farther I get into the story, the better idea I have of what will happen in it, until—if I'm lucky—the right ending is the only one left to write to. What I can't do is outline in advance, in the same way that I can't talk too much about a story in progress, unless I want my brain to decide that it's already told the story and shut the narrative drive down. So it's not as though I am writing completely blind, but it might as well look like it from the outside: I have to hold it all in my head until it's done, with fragments from anywhere along the way as placeholders, although I won't know they're the right ones for certain until I reach them and see whether they fit or not. Even that makes the process sound more linear than it is. Inside my head, everything feels a lot more three-dimensional than point-to-point. Last lines are always written last, but first lines are very often not the first ones that occur to me.

TQ:  You are a poet. How does writing poetry affect (or not) your prose writing?

Sonya:  I never know how to answer this question. I think it makes me very attentive to rhythm and density of images, but someone else might say it just makes my sentences go on forever.

Sonya:  Yikes. I would love for someone to ask if I wanted a great deal of money to write regularly about film (to which my answer would be YES THANK YOU MONEY PLEASE NOW), but if we're talking about process rather than payoff . . . I write often about the sea; it is one of my oldest influences and touchstones. I have written very little about other similarly intense early imprints. I don't write about cats, for example. I don't write about trees. My first poem about foxes [http://throughthegate.net/issue6-mar2015/taaffe-foxstory.html] was published this year. I would like someone to ask me for a story or a poem about forests, because I might as well learn how to write about other things I love.

TQ:  Describe “Imperator Noster”, which will be published in Genius Loci, in 140 characters or less.

Sonya:  A secret history of Rome's dealings with the sea, told by rumors, dreams, and the dead.

TQ:  Tell us something about “Imperator Noster” that will not give away the story.

Sonya:  It's one of my few successful pieces of historical fiction, other recent examples of which include "In Winter" [http://lackingtons.com/2014/08/18/in-winter-by-sonya-taaffe/] and "ζῆ καὶ βασιλεύει" [http://www.ideomancer.com/?p=2999]. I have a lot of difficulty not falling down endless black holes of research, so it's not that historical settings don't occur to me, it's that I have to wrestle my tendency to write a dissertation instead of a short story and/or let myself be daunted by the extent of everyday detail I don't know off the top of my head—it is very easy for me to lose a story if I don't feel confident about its accuracy, even if that's more of a manifestation of my anxiety than a reflection of my actual knowledge. "Imperator Noster" started with an advantage, being set in a period I've been familiar with for decades and a mythscape I've loved since I was a toddler who jumped into the high tides of the winter sea, and it doesn't hurt that it turned out flash-length instead of a novella. I'm still proud of it.

TQ:  What was your inspiration for “Imperator Noster”? Have you ever encountered a Genius loci?

Sonya:  In January 2014, C.S.E. Cooney left an enigmatic summary of her New Year's Eve on Facebook: "On parties. And seaweed. And Roman Emperors." The parties didn't make it into "Imperator Noster," but the other two items were the direct spark; I stayed up the rest of that night writing. The substrate is a background in classical studies and an affinity for the sea. I did not set out to work it into fiction, but I also suspect a passage from Robert Macfarlane's The Old Ways of playing a part:

The existence of the ancient seaways, and their crucial role in shaping prehistory, were only recognized in the early twentieth century. Until then, pre-historians and historical geographers had demonstrated a 'land bias'; a perceptive error brought about by an over-reliance on Roman sources that tended to concentrate on the movement of troops, goods and ideas on foot and across countries. Certainly, the Roman Empire's road network transformed internal mobility in Europe and, unmistakably, Roman roads were the key to uniting the empire's dispersed territories, as well as generating its military and economic power. 'The sea divides and the land unites,' ran the Roman truism. But for millennia prior to the rise of Rome's empire, the reverse had been true. The classical sources misled subsequent historians—allied with the fact that the sea erases all records of its traverses, whereas the land preserves them.

TQ:  Give us one of your favorite non-spoilery lines from “Imperator Noster”.

"The survivors clung to their splinters and prayed to the gods of sea-swell, of seventh waves, of fisherman's mercy for the catch too small to keep."

TQ:  In which genre or genres does “Imperator Noster” fit? In your opinion, are genre classifications still useful?

Sonya:  It's historical fiction with a numen of the sea. Whether that's fantasy depends on your perspective and your belief. Phyllis Gotlieb's A Judgment of Dragons (1980) is one of my favorite novels in any genre, in great part because its opening novella, "Son of the Morning," is a science fiction story when viewed from the perspective of one set of characters and from the other a classic story of the Yiddish fantastic. There are aliens in it, time travel, telepathy; or there is the demon-king Ashmedai, his minions and golems, the influence of the evil eye. Eventually, it's simply both. I recommend the novel no matter what, because its protagonists are the best telepathic alien cats I've ever read, but I read it as a very small child and I think it left a permanent effect. I find genre classifications useful in certain conversations, like where to find a book in the library or how its use of a given trope might be read against its predecessors in the tradition, but I don't think about them a lot when I'm writing.

TQ:  What's next? [talk about what else is upcoming for you]

Sonya:  I have a new collection, Ghost Signs [http://www.aqueductpress.com/books/978-1-61976-071-4.php], just out from Aqueduct Press, and recent reprints in How to Live on Other Planets: A Handbook for Aspiring Aliens (ed. Joanne Merriam, Upper Rubber Boot Books) and Lightspeed Magazine. As far as upcoming work, I will have short stories and poems in The Humanity of Monsters (ed. Michael Matheson, ChiZine Publications), Dreams from the Witch House: Female Voices of Lovecraftian Horror (ed. Lynne Jamneck, Dark Regions Press), and An Alphabet of Embers and Spelling the Hours (ed. Rose Lemberg, Stone Bird Press), as well as in assorted magazines including Not One of Us, Goblin Fruit, Mythic Delirium, and inkscrawl. I hope not to kill any stories in progress by talking about them.

Sonya:  Thank you very much for having me! 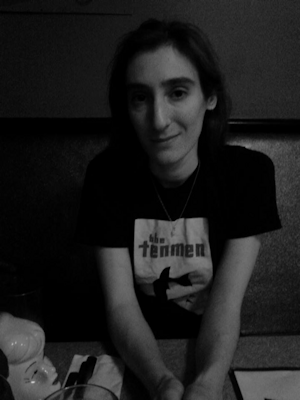 Sonya Taaffe’s short fiction and poetry can be found in the collections Ghost Signs (Aqueduct Press), A Mayse-Bikhl (Papaveria Press), Postcards from the Province of Hyphens (Prime Books), and Singing Innocence and Experience (Prime Books), and in anthologies including How to Live on Other Planets: A Handbook for Aspiring Aliens, Aliens: Recent Encounters, Beyond Binary: Genderqueer and Sexually Fluid Speculative Fiction, The Moment of Change: An Anthology of Feminist Speculative Poetry, People of the Book: A Decade of Jewish Science Fiction & Fantasy, The Year’s Best Fantasy and Horror, The Alchemy of Stars: Rhysling Award Winners Showcase, and The Best of Not One of Us. She is currently senior poetry editor at Strange Horizons; she holds master’s degrees in Classics from Brandeis and Yale and once named a Kuiper belt object. She lives in Somerville with her husband and two cats.