I took a bit of time yesterday to start preparing the May 2015 genre list and noticed these 4 eNovellas from Samhain Publishing. The 4 eNovellas will be published in digital format on May 5th, with a print version collecting the 4 novellas out this fall. Don't look if you are coulrophobic (afraid of clowns) or creepy pandas scare you. 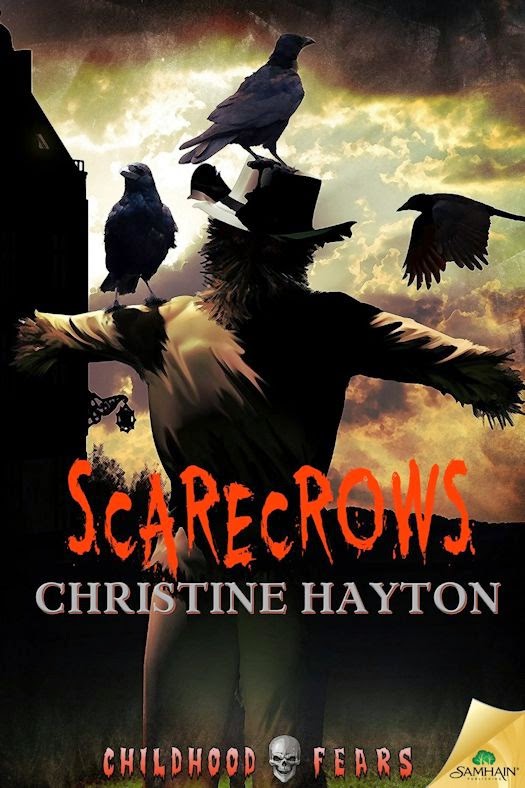 They do more than frighten birds. Much more.

Early one morning in the fall of 1964, Robert searched for his missing six-year-old daughter, Cathy. He found her asleep in a nearby cornfield, covered in blood and holding a small axe. A few feet away lay the mutilated body of her classmate Emily.

Assumed guilty of murder, Cathy lived in a hospital for insane children. She always gave the same account of what happened. She talked of murderous scarecrows that roamed the cornfield on moonlit nights. Her doctors considered her delusional. The police, her neighbors and the press thought she was dangerous. And so she remained incarcerated. No one believed her. That was a mistake. 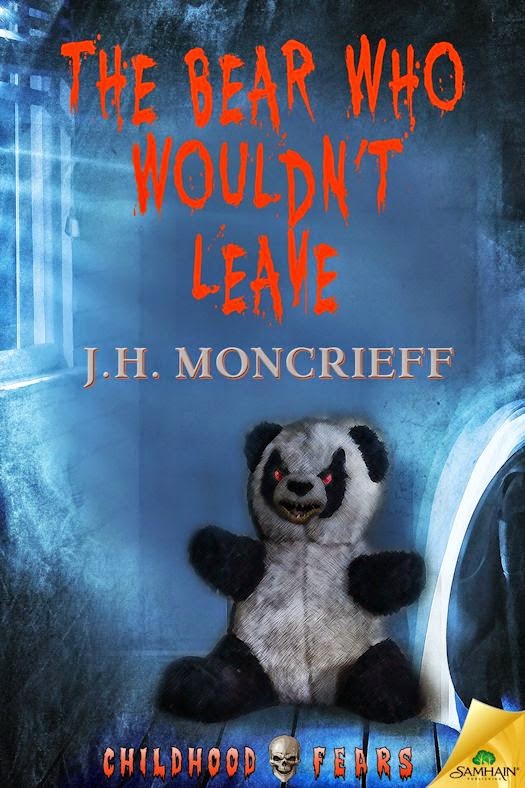 Still grieving the untimely death of his dad, ten-year-old Josh Leary is reluctant to accept a well-worn stuffed teddy bear from his new stepfather. He soon learns he was right to be wary. Edgar is no ordinary toy...and he doesn’t like being rejected. When Josh banishes him to the closet, terrible things begin to happen.

Desperate to be rid of the bear, Josh engages the help of a friend. As the boys’ efforts rebound on them with horrifying results, Josh is forced to accept the truth—Edgar will always get even. 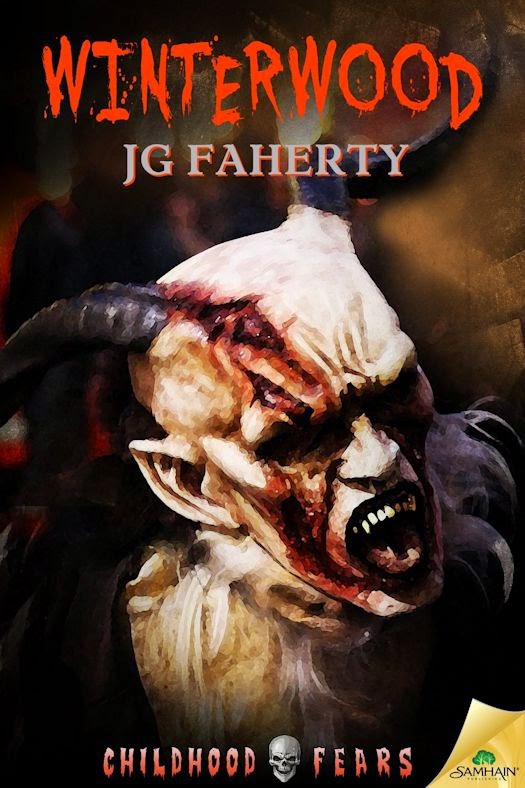 No one in Anders Bach’s family believed his old tales of Winterwood, a place where Krampus and his Wild Hunt rule a frozen land and where bad children don’t get coal for Christmas, they get baked into pies or forced into slavery. But now the Yule Lads have kidnapped Anders’s grandsons, and he has to rescue them before they’re lost forever. Anders and his daughter must cross the divide between worlds and enter Winterwood, where evil holds sway and even the reindeer have a taste for human flesh. By the time the sun rises, they’ll learn the awful truth about Winterwood: there is no escape without sacrifice. 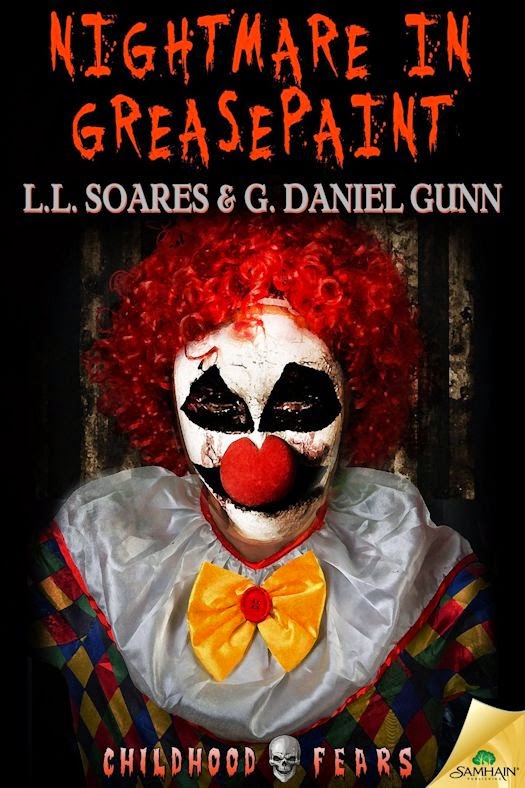 Will Pallasso has brought his wife and young son, Billy, back to his childhood home to settle his late mother’s affairs…and remove all traces of his haunted past. But now hideous memories are coming back to Will, and Billy has started suffering from night terrors. Returning to this house was a big mistake. Some memories should not be disturbed, and some nightmares will not stay buried forever.
Especially nightmares that wear greasepaint spattered with blood.

The anthology call for submissions was once again very popular among horror authors. Out of more than one hundred submitted works, the four selected manuscripts are:

Nightmare in Greasepaint, by L.L. Soares and G. Daniel Gunn
Scarecrows, by Christine Hayton
The Bear Who Wouldn't Leave, by Holli Moncrieff
Winterwood, by J.G. Faherty

“We were excited to receive so many excellent submissions for this second anthology call at Samhain Horror, resulting in four remarkable tales of horror from the depths of childhood memories and fears,” says D’Auria. “In addition to welcoming back author J.G. Faherty, we are proud to introduce authors Christine Hayton, Holli Moncrieff, and L.L. Soares and G. Daniel Gunn as new Samhain authors.”

To learn more about this title and all Samhain Horror books, and to order books at a special discounted rate, visit the publisher online at http://www.samhainhorror.com.

Samhain Publishing® is an international publisher of ebook and traditional print fiction, whose diverse array of titles include all genres of romance fiction, award-winning horror fiction, and Retro Romance® fiction—a program which enables previously print-only titles to reach a new e-reading audience. An acknowledged expert in digital publishing since its founding in 2005, Samhain is dedicated to ensuring extraordinary stories reach every reader. To learn why at Samhain “It’s all about the story…”, visit Samhain Publishing online at http://www.samhainpublishing.com.