Time for a trip down memory lane—assisted by the pages and pages of notes scattered in random folders over my computers and their backups—to examine how the final version of The Thousand Names came to be.

The earliest reference I can find is as part of another project I was working on in 2006 and 2007, which in my notes is labeled as “Unforgiven (Fantasy).” It was, to put it mildly, a bit ambitious. I had sketched out an enormous fantasy world, with several continents, an elaborate magic system with eight Wells of Power and five grades of strength, and one of those timelines that begins with “0—The world is created.” There was an incredibly subtle overarching plotline to be woven throughout many, many novels, until it would finally all be tied together in an earth-shattering conclusion which (in hindsight) I would probably die of old age before I actually got to write.

I actually wrote the first of these novels—called Gaze into Shadow (which may see the light of day eventually in one form or another), it was about a city-state of mages being taken over by vampiric demons. Part of my future plan was to introduce another, low-magic section of the world that had advanced to a Napoleonic technology level, and to tell the story of a man who conquered it and eventually came into conflict with the vampire-demon-mages. Or something like that; my notes get a little vague. Anyway, the conqueror’s name was Janus bet Vhalnich.

Eventually I realized that this kitchen-sink approach of throwing every idea I had into the same fantasy world was just making it hard to work with, and I started spinning off the pieces into their own projects. I had started getting heavily into history, and was excited about the idea of doing something Napoleon-esque. But my second cut, titled (for reasons that are hard to explain) The Shining Madness, was still too big. It included one story in Khandar (vaguely similar to The Thousand Names) and another one on the opposite side of the world, which didn’t join up until book three. (I think there was a strong George R. R. Martin influence there.) The Khandar storyline was a little bit more recognizable, and I think that was the first appearance of Marcus d’Ivoire, Janus’ second-in-command. It also had something fairly close to the final magic system of The Thousand Names, very much a low-magic world so that the mundane warfare could actually mean something. (Unforgiven had been closer to Steven Erikson’s Malazan Book of the Fallen, where powerful wizards can obliterate conventional armies with a wave of the hand.)

After hitting a few roadblocks, I came to the conclusion that the problem was the scope of the book, and started narrowing my focus. In one false start, called The General and the Queen, I dropped the Khandar storyline entirely and went directly into a story of intrigue and revolution in Vordan itself; much of that background, if not the actual words, ultimately went into the second book of The Shadow Campaigns. Finally, I restarted the Khandar plot on its own, beginning right at the point where Janus stepped off the boat—that choice of where to start proved to be the critical factor.

The new project, titled simply Janus until I thought of something better, still went through some serious changes before I got it to a place I was happy with. Janus and Marcus were pretty much settled, and I knew I wanted the third major character to be female, but she went through many incarnations. For a while she was Janus’ younger sister, a headstrong, happy-go-lucky type who would get into trouble and eventually become Marcus’ love interest. But the book felt unbalanced, and after a great deal of effort and angst I realized that Winter (as she had now been named) needed a story of her own, not just a supporting part in the Janus/Marcus story.

It took a few more iterations to figure it out, as I was a little afraid of the “girl joins the army in disguise” device being overused. Advice from my alpha readers (along with some interesting historical reading—it really happened, not once but hundreds of times) convinced me that classics are classics for a reason. Once I got to work on Winter’s back-story, it clicked neatly into place.

That takes us up to roughly Fall 2011, when I started querying agents. The book has changed further since, in line with the excellent advice of my wonderful editors, and after so long it feels a bit strange now to think of it all being set in stone. (Or type, anyway.) It’s been a long, weird trip, but I feel good about where it’s ended up. And now it’s on to Book Two!


Curious about Janus, Marcus, and Winter? Check out the rest of Django Wexler’s
blog tour for the inside scoop on The Thousand Names,
Book One of The Shadow Campaigns!

About The Thousand Names 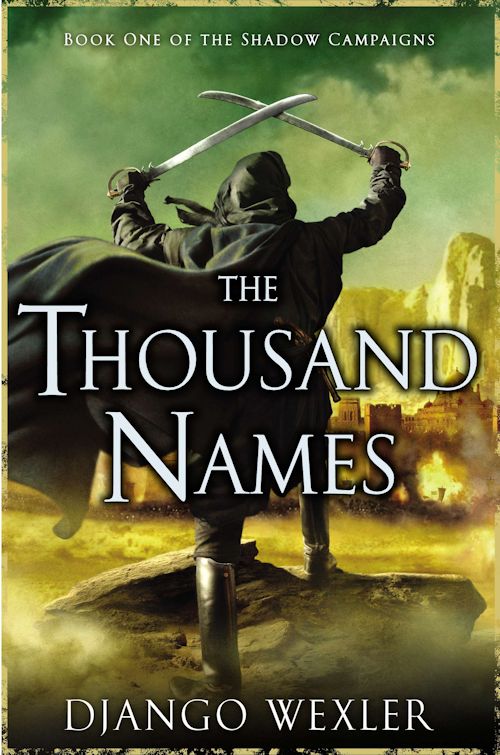 Enter an epic fantasy world that echoes with the thunder of muskets and the clang of steel—but where the real battle is against a subtle and sinister magic....

Captain Marcus d’Ivoire, commander of one of the Vordanai empire’s colonial garrisons, was resigned to serving out his days in a sleepy, remote outpost. But that was before a rebellion upended his life. And once the powder smoke settled, he was left in charge of a demoralized force clinging tenuously to a small fortress at the edge of the desert.

To flee from her past, Winter Ihernglass masqueraded as a man and enlisted as a ranker in the Vordanai Colonials, hoping only to avoid notice. But when chance sees her promoted to command, she must win the hearts of her men and lead them into battle against impossible odds.

The fates of both these soldiers and all the men they lead depend on the newly arrived Colonel Janus bet Vhalnich, who has been sent by the ailing king to restore order. His military genius seems to know no bounds, and under his command, Marcus and Winter can feel the tide turning. But their allegiance will be tested as they begin to suspect that the enigmatic Janus’s ambitions extend beyond the battlefield and into the realm of the supernatural—a realm with the power to ignite a meteoric rise, reshape the known world, and change the lives of everyone in its path. 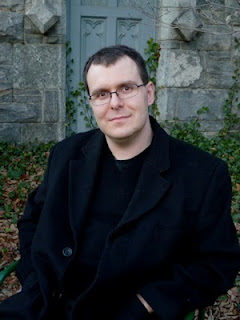 Django Wexler graduated from Carnegie Mellon University in Pittsburgh with degrees in creative writing and computer science, and worked for the university in artificial intelligence research. Eventually he migrated to Microsoft in Seattle, where he now lives with two cats and a teetering mountain of books. When not planning Shadow Campaigns, he wrangles computers, paints tiny soldiers, and plays games of all sorts. Visit him online at djangowexler.com.