ParaCozyMysMo - Guest Blog by Sharon Pape, author of the Crystal Shop Mysteries and the Portrait of a Crime Mysteries - July 26, 2013


Please welcome Sharon Pape to The Qwillery as part of ParaCozyMysMo. Sharon is the author of the Portrait of a Crime Mysteries and starts her new Crystal Shop Mysteries with Amethysts and Alibis in August.

When I decided to write my new Crystal Shop Mysteries, I realized that I'd already been researching the subject for the past twenty years or so. It began the first time my husband and I visited Arizona, everyone told us we couldn't leave without seeing Sedona. Not one of them would tell us why, so of course we had to go. Back then the town wasn't quite as built up or populated as it is today. It's unfortunate that the area wasn't designate a national park. It's certainly one of the most beautiful and amazing landscapes you'll see anywhere in the world. No wonder it started out as an artist community. Over time it became a Mecca for New Age enthusiasts, one of whom named the supposed energy fields in the area, Psychic Vortexes. Crystal shops sprang up, promoting the belief that the Vortexes would energize the stones and boost their healing properties. Whether you believe in the power of crystals or not, the place does have a magical feel to it.
We've been back to Sedona countless times. In fact, hardly a year goes by without a trip there. During our more recent trips, I made a point of looking at the town through a mystery writer's eyes. Although I did research local law enforcement among other things, Sedona has been in my heart and mind for so long now that I can generally pluck most of the information I need right out of my memory.
Although I had some rudimentary ideas about the healing properties ascribed to the various crystals and gemstones, I did research the subject by speaking to the owners of the crystal shops who are steeped in that knowledge. Of course the internet was also a great resource for that kind of information.
As far as Sedona itself is concerned, the shops I've written about are composites of the real shops you'll find there. I've renamed them, since the book is a work of fiction and not meant as a travel guide. The characters are purely the children of my imagination.
Over the years we've taken a lot of our friends and family there and hiked many of the great, scenic trails. And yes, we've bought crystals and hiked into the vortex with them. When friends have faced crises of health, we've given them the energized crystals. Happily they've all done well, but I can't tell you if the stones had anything to do with it. In the absence of evidence to the contrary, I like to think they made a difference. 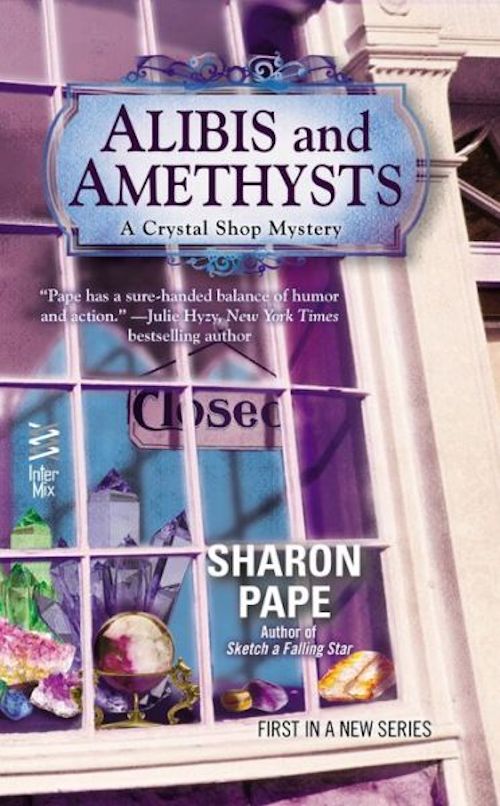 Jaye Saylor is living her dream as the proud owner of Crystal Clear, a crystal and gemstone shop in the Red Rock area of Sedona, Arizona—a Mecca for tourists and new-age enthusiasts. And since tourists need sweets, Jaye gets to share her dream with her best friend, Sierra, who owns Cravings, a new local bakery.

But when the two friends discover the stone-cold body of a rival baker in Sierra’s backyard, that dream turns into a petrifying nightmare. With the police eager to pin the murder on the two women, Jaye and Sierra are forced to investigate on their own. Sedona is known as a place of powerful psychic energy, and the friends will have to contend with some unexpected forces to catch a hardened killer and make their innocence crystal clear…

Don’t miss SKETCHER IN THE RYE, the next Portrait of Crime Mystery title from InterMix! 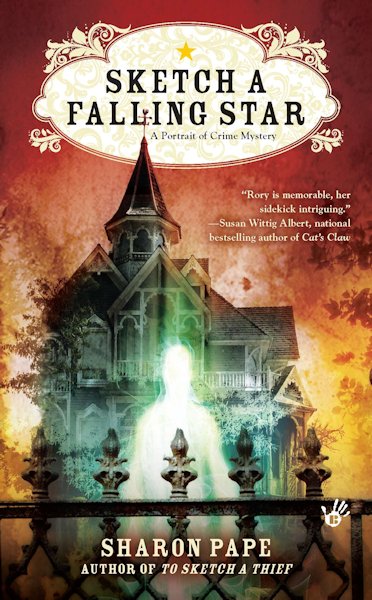 When the “Way Off Broadway Players” get swept up in a flash flood while sightseeing in Arizona, Rory McCain’s aunt Helene and her fellow amateur thespians survive—with the exception of Preston Wright.

The victim was actually a womanizing scam-artist who duped nearly everyone in the troupe, as well as an ex-con who operated under various aliases. While Preston’s death was deemed to be an “act of nature,” Rory can’t discount the possibility that human nature may have contributed to his drowning.

But even as she investigates the cast of characters to find out which one played the villain, Rory is finally on the verge of solving a cold case—the murder of her ghost partner, Zeke. 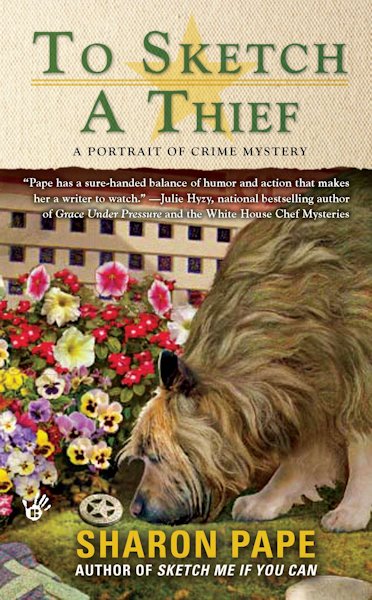 After a stray dog named Hobo leads former police sketch artist-turned-paranormal private eye Rory McCain back to his owner’s corpse, she finds herself involved in another homicide case—not to mention the new owner of a lovable pooch, which makes Rory’s ghostly partner, Zeke, more than a little spooked.


Sketch Me if You Can
A Portrait of Crime Mystery 1
Berkley (Prime Crime), August 3, 2010
Mass Market Paperback and eBook, 304 pages 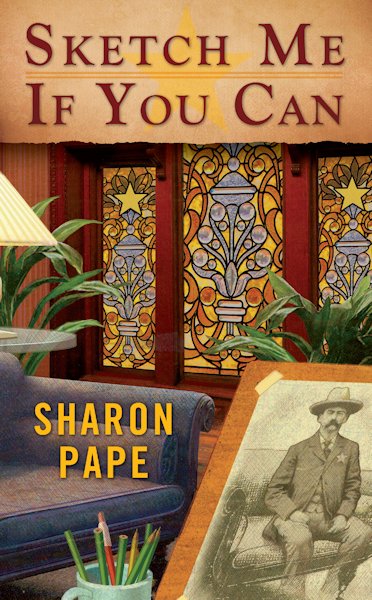 She’s a police sketch artist. He’s a dead lawman. Together, they put a face on murder.

When her uncle dies, police sketch artist Rory McCain gets a list of clients from his private detective business and a beautiful, old house with a ghostly inhabitant: Federal Marshal Ezekiel Drummond, aka Zeke.

Having a ghost as a housemate is bad enough, but as Rory’s drawn into one of her uncle’s unsolved cases and faces a cold-blooded killer, she may need the marshal’s supernatural help to stay alive.

Sketcher in the Rye (A Portrait of Crime Mystery 4) is coming in December from InterMix (Penguin). 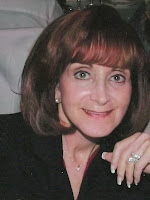 Sharon started writing stories as soon as she learned how to put letters together to form words. Her first novel was Ghostfire, which went on to be condensed in Redbook magazine. It was the first paperback original the magazine had ever condensed. Then came The God Children and The Portal. During that period, Redbook also published her first short story, which was subsequently sold to several foreign magazines. After taking a hiatus from writing to deal with some life challenges, she began the second phase of her career with her paranormal/cozy mystery series "A Portrait of Crime," for Berkley Prime Crime. Sketch Me if You Can was published in August 2010, To Sketch a Thief in June 2011 and the third book in the series, Sketch a Falling Star, was released March 6th 2012. So now she's come full circle, back to her first love -- writing, and she's having a great time telling Rory's and Zeke's story.

What:  One commenter will win a Mass Market Paperback copy of Sketch a Falling Star (A Portrait of Crime Mystery 3) by Sharon Pape from The Qwillery.