TQ:  It's not often that we have the opportunity to interview a ghost so could tell our readers about yourself?. For instance, what did you do before you became a ghost?

Eric:  I was the Fire Chief for Sweet Pepper, Tennessee. Before that, I worked for a while at logging in Minnesota and kind of wandered around the country before I settled back down in Sweet Pepper, my hometown. I bought the land and built the first firehouse here because I saw a need for it. It cost me my life. But I don't regret it.

TQ:  When you are not helping Stella solving mysteries what do you do to entertain yourself?

Eric:  I LOVE to cook. It was hard before Stella got here because I can't leave the log cabin I built. Now she can shop for me and it's great! I really enjoy her laptop too. The information available on the Internet is amazing. I have a little trouble when I get near it sometimes. Electronics don't like me. I also enjoy game shows and old movies on TV. We have a Dalmatian puppy now too. His name is Hero. Who would have thought you could have such a full afterlife?

TQ:  what made you want to help Stella with her case?

Eric:  I like Stella. She's bringing back my old fire brigade after forty years. When she needs help, I'm there. I wish it could be more, but I've been dead a long time. If I was still alive, I'd be old enough to be her grandfather. If we'd both been alive at the same time - things might have been different. Now I just want her not to make the same mistake I did and try to live her life alone. She needs to get out there and find the right man. I have to protect her as much as I can.

TQ:  Have you ever been tempted to haunt anyone?

Eric:  Yes. I've scared everyone away who has ever tried to live in my cabin. It's MINE! Not sure what people don't get about that. How would you like some obnoxious person to suddenly move into your place and do what they want? I don't think so. I've got some tricks up my sleeve that Stella doesn't know about. I've never tried to scare her, but I'm ready if she needs me to get rid of anyone else.

TQ:  What is the best thing about being non-corporeal?

Eric:  Being invisible when I like is good. I can be standing right next to Stella and she doesn't know it. I try to respect her 'space' in the cabin. But I also like to watch her sleep. Shaking the cabin is fun. So is making it seem like the wind is rushing through, blowing things everywhere.

TQ:  Do you think you will stick around and continue to help Stella in her new job?

Eric:  Oh yeah. I'm not going anywhere. She needs me. If nothing else, she needs me to make pepper contest recipes for her for the October Sweet Pepper Festival. She can't cook worth a lick! I'm serious. Until this woman came to live with me, she lived off of Poptarts and Coke. At least now, I get her to eat a few real meals. She loves biscuits, you know. She's healthy, knock on wood, but she takes too many chances. I have to remind her all the time that she's a fire chief, not a police detective!

TQ:  Can you give us a hint at what might be next for you and Stella?

Eric:  Well, Stella and Walt will be looking into what really happened to me in the next Sweet Pepper Fire Brigade Mystery, Playing with Fire (January 2014). It seems I didn't die like everyone (including me) thought I did. I can't explain, but it's like I can't remember exactly how I died. I feel kind of stupid about that. Then Stella saves my cabin from being destroyed and brings in a fire boat in Smoke on the Water (2015). And don't forget Hero's Journey, our e-novella that will be out in December 2013. Hero starts training with the fire brigade in that one. He's gonna be a great fire rescue dog!

Eric:  Thanks for having me! You know, ghosts don't get a lot of good press. I've noticed that. I hope this will help people understand that there's more to us than just parlor tricks. Next time you see a ghost, maybe you should try asking them about themselves. Just trying to make the world a better place for ghosts, and humans. 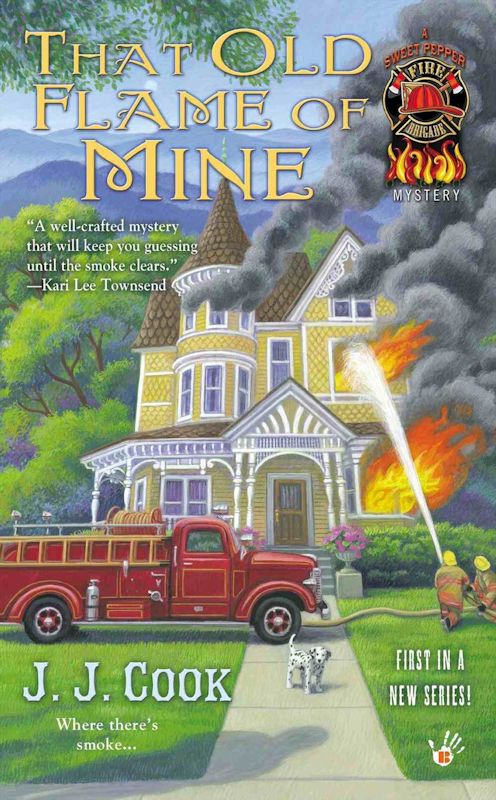 Set in the Great Smoky Mountains of Tennessee, J. J. Cook’s thrilling new mystery series features Fire Chief Stella Griffin, who solves crime with the help of her predecessor, who just happens to be a ghost…

NO MATCH FOR MURDER

After knocking the lights out of her boyfriend when she catches him cheating on her, Chicago fire fighter Stella Griffin hops on her Harley and heads for Sweet Pepper, Tennessee, where she ends up becoming the small town’s fire chief. When her dear friend Tory Lambert dies after her gingerbread-style house is set ablaze, Stella suspects arson and foul play.

As Stella investigates, she gets help from a most unlikely source—the ghost of Eric Gamlyn, Sweet Pepper’s old fire chief. And if that isn’t enough to rattle her, attractive police officer John Trump seems to have taken an interest in her. But Stella’s got to stay focused if she hopes to smoke out a killer before her own life is extinguished. 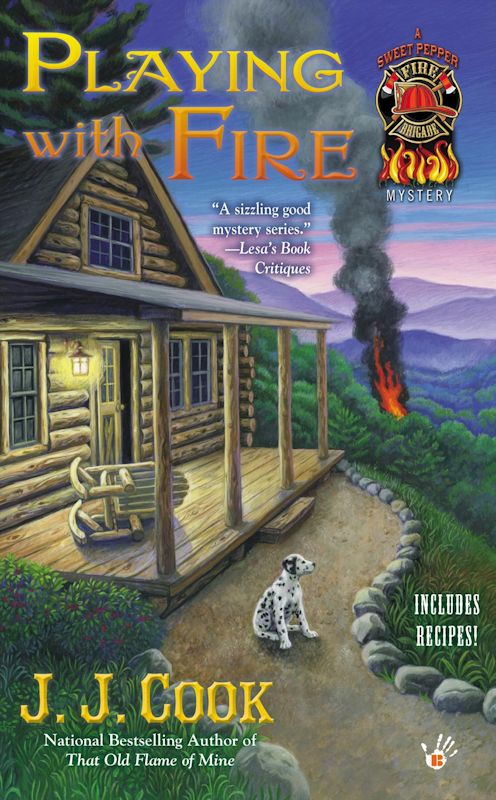 Welcome to Sweet Pepper, Tennessee. Nestled in the Great Smoky Mountains, it’s home to the hottest and sweetest peppers in the world—as well as at least one ghost and a hotbed of secrets…

Fire Chief Stella Griffin is working to solve the mysterious death of her predecessor, Eric Gamlyn—who also haunts her cabin. Yet the more she learns, the more burning questions she must answer. Just as Stella thinks she has a lead from Deputy Chum, someone snuffs her hopes—and the lawman.

Adding fuel to the fire, Stella’s parents soon arrive—with her ex-boyfriend—hoping to persuade her to return to Chicago. Now Stella is torn between the life she left behind and uncovering what happened to her ghostly friend. But she’d better think fast or more than her investigation could go up in flames…

Also look for Hero's Journey, A Sweet Pepper Fire Brigade Mystery Novella, which will be out in December 2013. 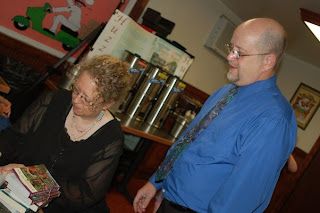 Joyce and Jim Lavene write award-winning, bestselling mystery fiction as themselves, J.J. Cook, and Ellie Grant. They have written and published more than 65 novels for Harlequin, Berkley, Amazon and Gallery Books along with hundreds of non-fiction articles for national and regional publications. They live in rural North Carolina with their family. Visit them at www.joyceandjimlavene.com and www.jjcook.com.

What:  One commenter will win a Mass Market Paperback copy of That Old Flame of Mine (A Sweet Pepper Fire Brigade Mystery 1) from The Qwillery.