ParaCozyMysMo - Interview with Hamlet from the Black Cat Bookshop Mysteries by Ali Brandon and Giveaway - July 6, 2013


Please welcome Hamlet to The Qwillery. Hamlet is the delightful kitty (who'll probably get really outraged when he reads that) who is featured in the Black Cat Bookshop Mystery series by Ali Brandon. He's a feline sleuth with an attitude and psychic abilities and we're thrilled to have him here today!

Hamlet:  Meow and thank you. But where are the birds? You said something about quills, and it’s snack time. Growl, never mind.

TQ:  Please tell us a bit about yourself. For example, where is your favorite place to have a cat nap?

Hamlet:  First of all, for those humans who do not know me, I am Hamlet the Cat, the official mascot of Pettistone’s Fine Books in Brooklyn. You can read about my adventures in the Black Cat Bookshop Mystery series from Berkley Prime Crime. While I help hunt down human criminals in my spare time, my main job is keeping an eye on the bookstore.

It is amusing that you ask me about where I like to nap. Any place out of the way of noisy humans is fine. But, most of the time I sleep on the counter near the cash register so I can keep an eye on my human, Darla Pettistone. She is not as clever as a feline and needs much supervision, even though she tells people she owns the store.

TQ:  I know that you live in a book store, do you have a favorite book section? Mysteries perhaps?

Hamlet:  Mysteries are a bit too predictable for someone of my keen feline intellect. Besides, I believe in giving equal time to all the sections. I like the beanbag chair in the children’s department best…except, of course, when there are little humans running about. And the self-help section is amusing, too. I like to sneak up on the humans browsing there and make them jump and scream. That seems to cure them of their problems, since most of them run out of the store as fast as a mouse when I do that.

Hamlet:  Felines never relax. Even when we appear to be sleeping, we are busy. It is a difficult job to supervise humans 24/7. What do you think would happen if we felines weren’t keeping an eye on things all the time? But one of my hobbies is slipping out of the brownstone when Darla is not looking. Sometimes, a feline just needs the company of another feline. I have several cat friends, especially the little tuxedo female who lives six blocks away. Purrrr!

TQ:  So tell us who really is the boss at Pettistone's Fine Books? Is it you or Darla?

Hamlet:  Meow Out Loud. Only a human would ask a question like that! Of course I am the boss. I am the feline, am I not? But I let Darla think she is in charge, just because humans are so sensitive. And I don’t have time to train another human to take her place. Oh, one other thing. Since I have paws instead of hands, it is difficult for me to ring up purchases in the store. So I will admit she is good for something besides pouring my kibble.

TQ:  What is your top tip to solving mysteries?

Hamlet:  You must learn to use your eyes and whiskers! And you humans don’t know how to be quiet. I learn many important things just by sitting silently and listening. Darla and the other humans aren’t clever enough to do the same thing. I have to help them out all the time by doing what Darla calls “book snagging”…I pull down books from the shelves with titles that point a paw at the killer. It is too bad that Darla isn’t always smart enough to figure out what I mean.

TQ:  Do you think that your feline qualities make you a better sleuth?

Hamlet:  Of course. If humans could see in the dark like felines and walk quietly about like we do, they would not need my help. But instead, when it is nighttime, you can hear humans stumbling around a mile away. And they have to carry those silly things they call flashlights.

TQ:  Do you and Darla have any plans for the book store?

Hamlet:  Darla said she is thinking about adding a coffee bar. If she does, I think she should sell mice to go with the coffee. They are tasty and would be very popular snacks. Of course, I would expect the employee discount, Meow Out Loud!

Hamlet:  It was a pleasure. And now, after all this hard work talking to you, I think I shall take a nap. Purrrrrr! 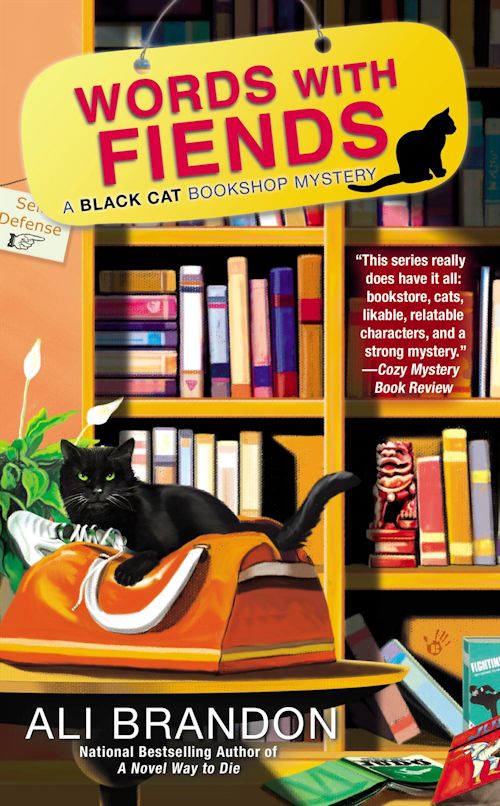 Brooklyn bookstore owner Darla Pettistone and her oversized black cat, Hamlet, have solved a few complicated capers. But after a recent brush with danger, Darla needs to get Hamlet out of a feline funk…

Lately, Hamlet hasn’t been chasing customers or being his obnoxious self—something Darla surprisingly misses. Concerned, she hires a cat whisperer to probe Hamlet’s feline psyche and then decides to get out of her own funk by taking up karate to learn how to defend herself in case the need arises again.

But when Darla finds her sensei dead at the dojo, it seems that even a master can be felled by foul play. Darla decides to investigate the matter herself, and the promise of a mystery snaps Hamlet out of his bad mood. After all, Darla may be the sleuth, but Hamlet’s got a black belt in detection. 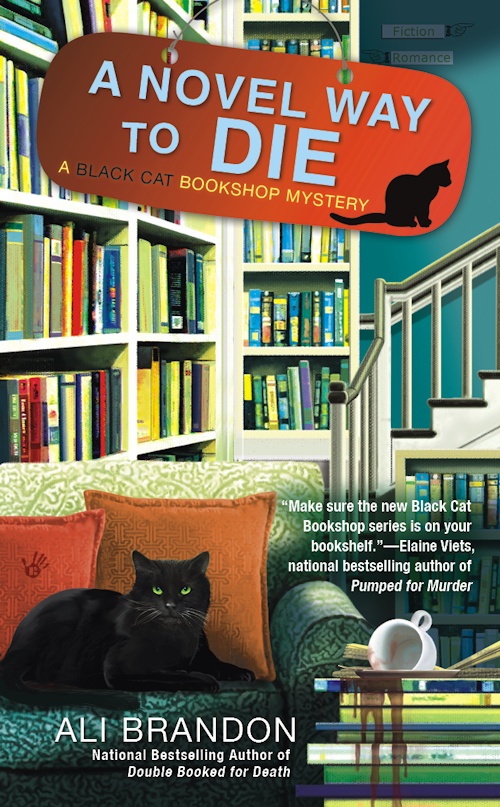 Darla Pettistone may have inherited her great aunt Dee’s Brooklyn bookstore, but it’s the store’s mascot—an oversized black cat named Hamlet—who acts like he owns the place. And when someone turns up dead, Hamlet smells something rotten in Brooklyn…

As the owner of Pettistone’s Fine Books, Darla is settling nicely into her new life, even reaching an uneasy truce with Hamlet. Unfortunately, when she needs to hire a new clerk, the finicky feline decides to lend a paw to the hiring process. He chases away applicants who don’t meet his approval, finally settling on an unlikely candidate: Robert, a book-loving Goth kid who has a secret only Hamlet knows.

And Hamlet can’t seem to stay out of trouble. One of the bookstore’s regular customers, a man who is renovating a local brownstone, claims he’s seen Hamlet prowling the neighborhood. When the man’s business partner is found dead, Darla discovers that Hamlet may have been the only witness to what could be murder. With the crafty cat’s help, she wonders if they just might be able to pounce on a killer... 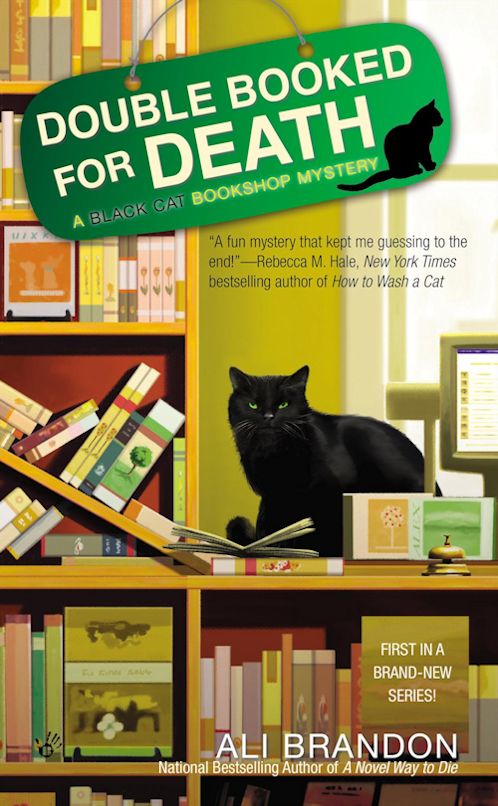 As the new owner of Pettistone's Fine Books, Darla Pettistone is determined to prove herself a worthy successor to her late great-aunt Dee...and equally determined to outwit Hamlet, the smarter-than-thou cat she inherited along with the shop. Darla's first store event is a real coup: the hottest bestselling author of the moment is holding a signing there. But when the author meets an untimely end during the event, it's ruled an accident-until Hamlet digs up a clue that seems to indicate otherwise... 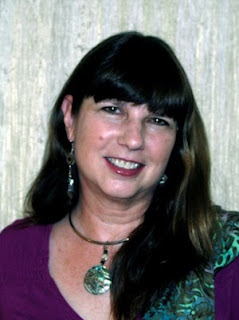 Ali Brandon is the national bestselling author of DOUBLE BOOKED FOR DEATH, her 2011 debut offering in the Black Cat Bookshop Mystery series from Berkley Prime Crime. The follow-up book, A NOVEL WAY TO DIE, was published November 2012 and hit the New York Times Extended List for bestselling Mass Market paperbacks. Third in the series, WORDS WITH FIENDS, will be published in November 2013. At least three more Black Cat Bookshop Mysteries will follow.

Writing under her real name, Diane A.S. Stuckart, she’s also the author of the popular Leonardo da Vinci historical mystery series, which has received starred reviews from Publishers Weekly and Library Journal, as well as a Florida Book Award. Additionally, she has published several fantasy and mystery short stories, which have been collected and re-released in a single eBook anthology entitled, WHO’S BEHIND THE DOOR?.

A native Texan with a degree in Journalism from the University of Oklahoma, Diane a/k/a Ali now lives in South Florida. She’s a member of Mystery Writers of America and a past board member for the MWA Florida Chapter. Visit her at www.dianestuckart.com or www.alibrandon.com. And don’t forget to “Like” Hamlet the Cat on Facebook: facebook.com/blackcatbookshopmysteries.

What:  One commenter will win a Mass Market Paperback copy of A Novel Way to Dies (A Black Cat Bookshop Mystery 2) from The Qwillery.