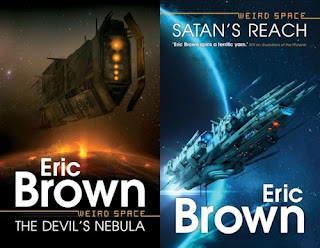 
You may read an interview with Eric Brown about The Serene Invasion (Solaris, April 30, 2013) here. 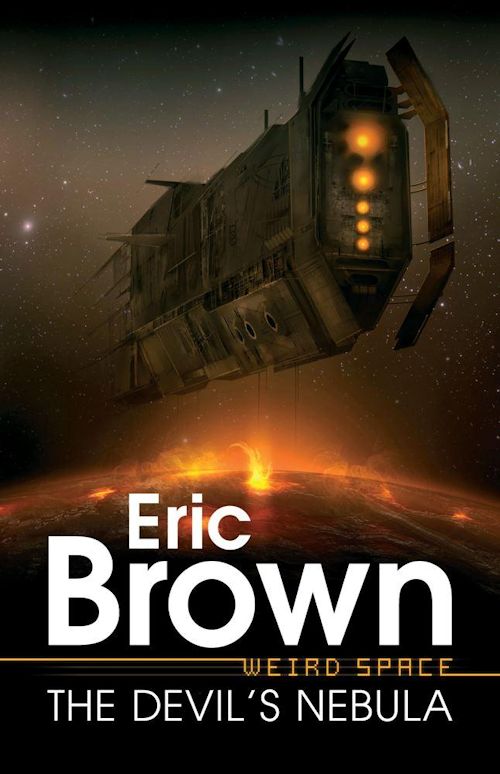 Best-selling author Eric Brown has created a brand new shared world for Abaddon Books: Weird Space. This thrilling space-opera series will begin with the release of The Devil's Nebula. Brown will introduce readers to the human smugglers, veterans and ne’erdowells who are part of the Expansion – and their uneasy neighbours, the Vetch Empire.

When an evil race threatens not only the Expansion, but the Vetch too - an evil from another dimension which infests humans and Vetch alike and bends individuals to do their hideous bidding, only cooperation between them means the difference between a chance of survival and no chance at all. 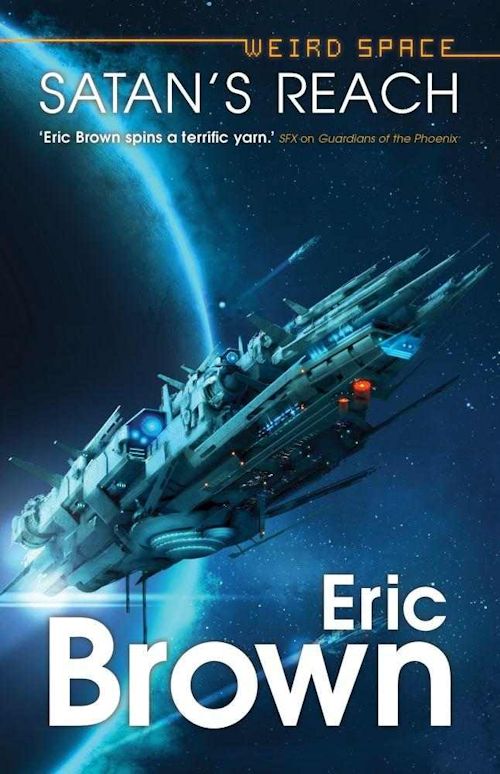 Telepath Den Harper did the dirty work for the authoritarian Expansion, reading the minds of criminals, spies and undesirables. Unable to take the strain, he stole a starship and headed into the unknown, a sector of lawless space known as Satan’s Reach. For five years he worked as a trader among the stars – then discovered that the Expansion had set a bounty hunter on his trail. But what does the Expansion want with a lowly telepath like Harper? Is there validity in the rumours that human space is being invaded by aliens from another realm? Harper finds out the answer to both these questions when he rescues an orphan girl from certain death – and comes face to face with the dreaded aliens known as the Weird. Satan’s Reach is the second volume in the Weird Space series, a fast-paced action-adventure that pits humanity against the unimaginable Terror from Beyond. 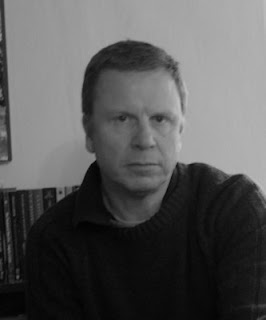 Eric Brown began writing when he was fifteen, while living in Australia, and sold his first short story to Interzone in 1986. He has won the British Science Fiction Award twice for his short stories, has published over forty books, and his work has been translated into sixteen languages. His latest books include the SF novels The Serene Invasion, Salvage, Satan’s Reach, and the crime novel Murder by the Book. He writes a regular science fiction review column for the Guardian newspaper and lives near Dunbar, East Lothian. His website can be found at: www.ericbrown.co.uk

What:  One commenter will win a Mass Market Paperback copy of The Devil's Nebula (Weird Space 1) or Satan's Reach (Weird Space 2) from The Qwillery. Winner's choice.

Note that if the winner chooses Satan's Reach, the novel will not be sent until after the July 30th US publication date.

Who and When:  The contest is open to all humans on the planet earth with a mailing address. Contest ends at 11:59PM US Eastern Time on Saturday, July 21, 2013. Void where prohibited by law. No purchase necessary. You must be 18 years old or older to enter.