What are the 2012 Debut Author Challenge Authors up to in 2013 and beyond?  This is the eleventh in a series of posts. 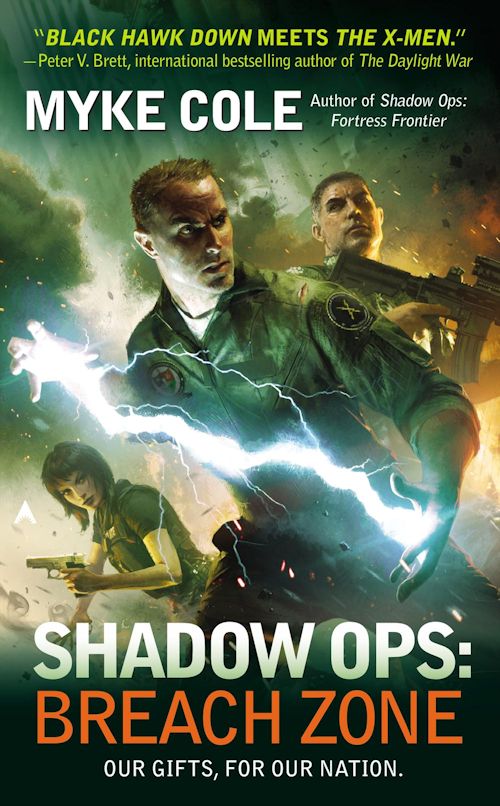 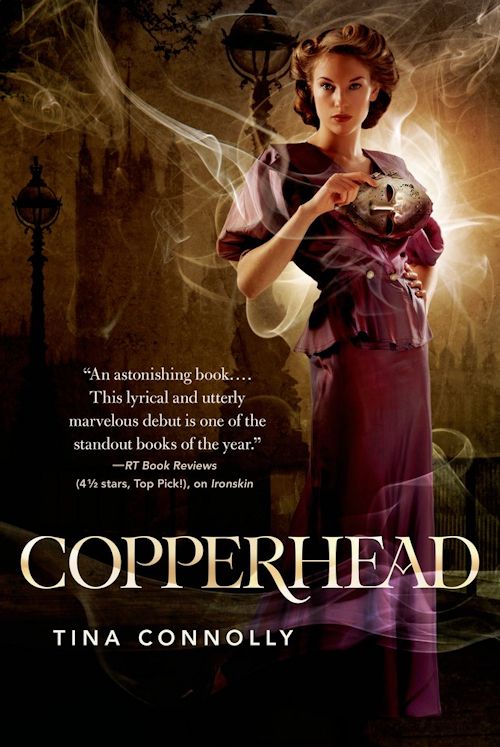 Set in an alternate version of early 1900s England, Copperhead is the sequel to Tina Connolly's stunning historical fantasy debut.

Helen Huntingdon is beautiful—so beautiful she has to wear an iron mask.

Six months ago her sister Jane uncovered a fey plot to take over the city. Too late for Helen, who opted for fey beauty in her face—and now has to cover her face with iron so she won’t be taken over, her personality erased by the bodiless fey.

Not that Helen would mind that some days. Stuck in a marriage with the wealthy and controlling Alistair, she lives at the edges of her life, secretly helping Jane remove the dangerous fey beauty from the wealthy society women who paid for it. But when the chancy procedure turns deadly, Jane goes missing—and is implicated in a murder.

Meanwhile, Alistair’s influential clique Copperhead—whose emblem is the poisonous copperhead hydra—is out to restore humans to their “rightful” place, even to the point of destroying the dwarvven who have always been allies.

Helen is determined to find her missing sister, as well as continue the good fight against the fey. But when that pits her against her own husband—and when she meets an enigmatic young revolutionary—she’s pushed to discover how far she’ll bend society’s rules to do what’s right. It may be more than her beauty at stake. It may be her honor...and her heart. 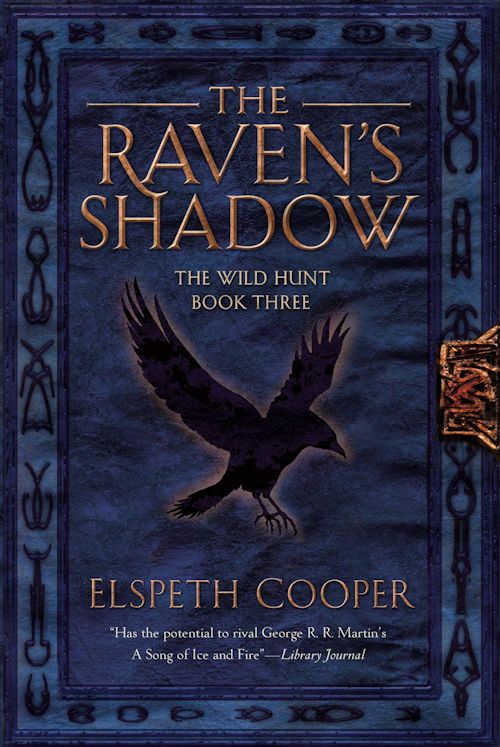 [cover may not be final]

The desert of Gimrael is aflame with violence, and in the far north an ancient hatred is about to spill over into the renewal of a war that, a thousand years ago, forged an empire. This time, it may shatter one.

Wrestling with his failing grip on the power of the Song, and still trying to come to terms with the horrifying events he witnessed in El Maqqam, Gair returns to the mainland with only one thing on his mind: vengeance. It may cost him his life, but when everything that he had to live for is being stripped away from him, that may be a fair price to pay.

Old friends and old foes converge in a battle of wills to stem the tide of the Nimrothi clans as they charge south to reclaim the lands lost in the Founding Wars. If they succeed, the rest of the empire may be their next target. And with the Wild Hunt at their head, the overstretched Imperial Army may not be enough to stop them. 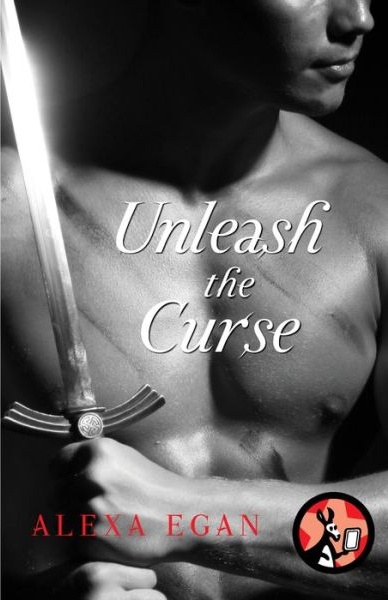 Only available as an enovella, the prequel to the second novel in the dark and sexy Imnada Brotherhood trilogy about shapeshifters in Regency-era England.

Neither actress Sarah Hayes nor London’s most eligible bachelor Sebastian Commin, Earl of Deane, has ever forgotten their one and only scandalous night of white hot passion or the differences in their social positions that make a future together impossible. So when they discover that they’ll be fellow guests at a house party, they vow to keep each other at arm’s length. A vow broken when they find themselves caught up in a mystery involving a brutal attack on an Imnada shape-shifter and an unexplained entity known as the Naxos.

Each clue they uncover reveals more about the ancient Imnada enemy—monstrous soul-feeders with the power to devour worlds. Each fiery encounter between the aristocrat and the entertainer underscores the raw desire that crackles the very air between them until Sebastian is convinced to make Sarah his wife, no matter the cost to his reputation. He just needs to convince Sarah, who cares for him too much to allow his future to be ruined by marrying a low-born actress. It’s only when the sinister Naxos strike again and Sebastian’s life is threatened that Sarah realizes she’s willing to risk a little scandal in order to save the world…and the man she loves. 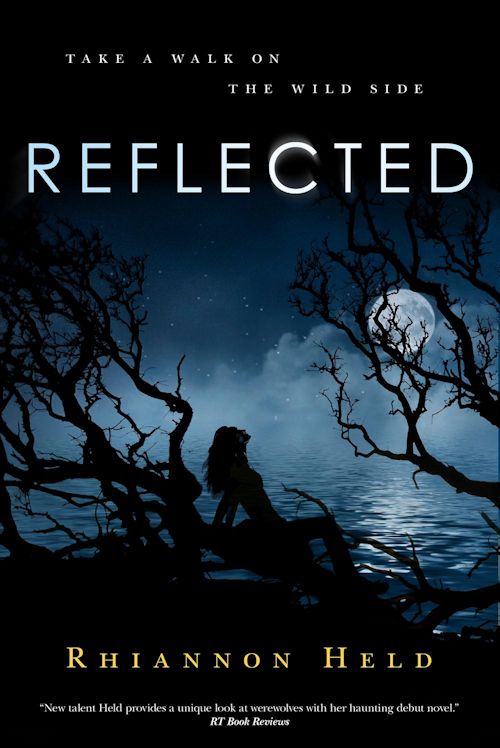 [cover may not be final]

Rhiannon Held continues the secret lives of the werewolf packs that live and hunt alongside human society in Reflected, the third book of the series that began with her debut novel, Silver. Silver and her mate Andrew Dare are pack leaders of the entire North American werewolf population, and that makes the more traditional packs in Europe very nervous indeed. It’s getting hard to hide from human surveillance. 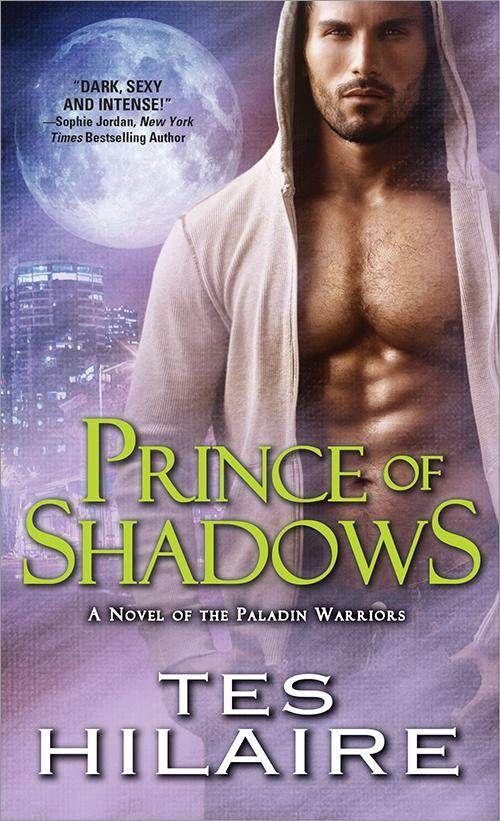 Valin has never quite fit in with the rest of the Paladin warriors. His power to manipulate shadow has always put him at odds with their purpose of using heavenly Light to eradicate evil. His warrior brothers have no idea how close he is to being lost to his dark nature.

But maybe he was never all that Light to begin with

When Valin meets the vampire Gabriella, she awakens within him something he thought long buried. But as he watches Gabriella’s need for vengeance threaten to drag her down into the same dark hell that he’s living, he knows his only chance at redemption is bringing her out of the dark…


From Delilah S. Dawson:  The Damsel and the Daggerman (Blud eNovella) and Wicked After Midnight (Blud 3) both out in 2014.