Please welcome E.L. Drayton to The Qwillery as part of the Self-Published Fantasy Blog-Off 5 Interviews. 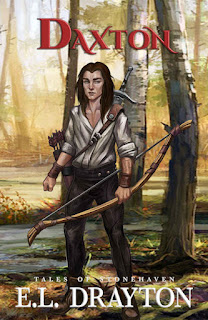 E.L.:  In high school I wrote a LOT of poetry. Like, hundreds. I also dabbled with writing 12 episodes of a drama series (I loved 90210)! My first novel was also in high school, called Martinique Mysteries. As a long-time fan of Agatha Christie and Sue Grafton I always wanted to write a mystery series. I never published it and probably never will. I do have a mystery series planned that I want to actually publish, but not till I turn this writing thing into a money-earning career.

E.L.:  I am definitely a hybrid. I'll create outlines that are thousands of words long, but when I finally start writing, I end up using "maybe" 10% of my actual outline! Just the nature of storytelling I feel.

E.L.:  The most challenging part of writing, for me, is sticking to the story I plan to write and not seeing another possible story based on a character I create. I find this really hard for me to do. So much so I created Stonehaven Fables just so I could write a short story about those characters I just can't imagine leaving in that one scene or one chapter and never having them in the story again. I just can't part with my characters!

TQ:  What inspired you to write Daxton?

E.L.:  I am very character-driven when I tell a story. What inspired this story was when I came up with Daxton, a boy who was on a journey to find his birth mother and the truth behind why she abandoned him as a newborn child. I could have set this story in any place and time, but I loved the Pirates of the Caribbean movies and therefore I wanted to incorporate pirates. Then I figured if I was going to go fantasy I wanted to go full-hog and include dragons, mermaids, faeries, and the rest is a story...

TQ:  Please tell us about the cover for Daxton.

E.L.:  The cover is just an illustration of my main character and title of the first book, Daxton. I wanted him to look like a young Hercules and I think the artist captured that well. It doesn't really depict a scene from the book. All of my covers, I hope, will be similar in that they will depict a character or character important to the story.

TQ:  In Daxton who was the easiest character to write and why? The hardest and why?

E.L.:  The easiest character to write was Riven by far! I also found him to be my favorite character out of the dozens I've written thus far. He was easy because I fell in love with his back-story. I wanted to write him based on a young Merlin. Very important to not just this story but to the entire universe. He will be a character that makes appearances across series as well because of how important he is. I love his child-like qualities and brings (I hope) a bit of light to an otherwise dark story.

The most difficult character I had to write was Barton. He is Daxton's best friend and when I first wrote him, all his dialogue was asking questions. I hated that. Because I realized he was not needed if that was all he would be doing the entire story. It bothered me so much I actually had another character use her powers to knock him unconscious. This was my way of expressing how much I was sick of his constant questions. I realized I needed to go back and look at his purpose BEYOND being Daxton's best friend. Once I was able to flesh out his backstory I came to appreciate him. He still asks a lot of questions, but his reasoning is clearer to me (and hopefully to the reader).

TQ:  Does Daxton touch on any social issues?

E.L.:  I don't think it does. But some might say it touches on the issue of family and the sacrifices family makes. What actually defines "family" as it doesn't always mean blood-related. Family is what you make of the circumstances and the people who surround your everyday life. Daxton has a hard time realizing this, even though he has people around him who show him examples of this in many, many ways. He's just far too blinded by anger and unanswered questions to see it.

TQ:  Give us one or two of your favorite non-spoilery quotes from Daxton.

"This day has long awaited us. We’ve been complacent in our charge of these waters and the enemy has caught us at rest. For many moons we have seen no Rowan ships, just those cowardly Pradore ships. I should’ve foreseen an attack. I need the others. Tell them…tell them to take the ship.”

Wendynn’s eyes widened at her command. It had been a long time since she had last given such an order. It meant that before the sun would reach its peak in the sky this morning the blood of the enemy would surround her ship. She did this as a warning to others.

E.L.:  I have Stonehaven Fables, another 5 more books to follow Daxton in the 5th Compass series. And in 2020 I have a brand new book, for a brand new series, that I hope to submit to SPFBO 6!

E.L.:  It was a pleasure to answer your questions. Thanks for organizing something like this to highlight all of us Indies! 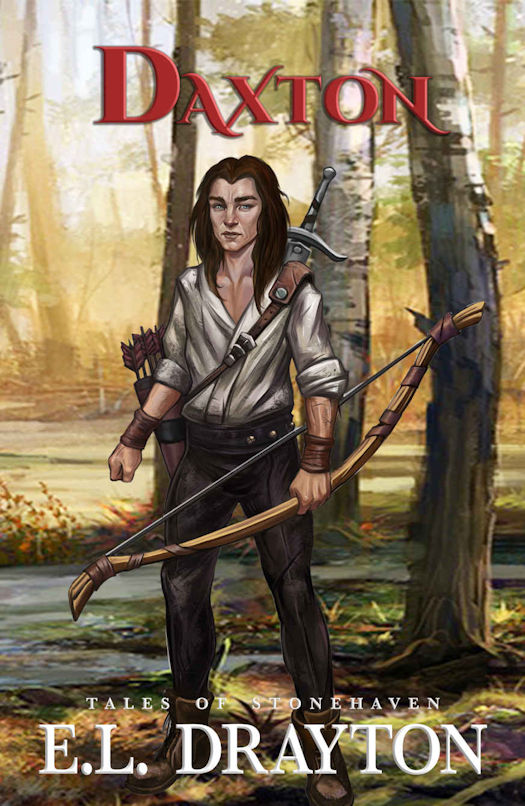 Daxton's life was ideal. He spent his time blissfully hunting and roaming in the backwoods with his best friend Barton, and his beloved dog, Fang.

But on his eighteenth birthday, his parents reveal a startling fact: they aren't his birth parents, he was abandoned on their doorstep as a baby left with nothing but a note, a sword, and a compass.

Daxton hurls himself towards his fate on a search for answers, accompanied by Barton and a witch who knows far more than she's telling. Meanwhile, a king is waging war against the most hated female pirate in Stonehaven - the swashbuckling Silverblade, and Daxton is about to be swept right into the very center of it.

With an exciting and colorful cast, Daxton is a story of friendship, of thrilling action and adventure on the high seas, and of treasure not buried but hidden.

E.L. Drayton was born and raised in Bronx, NY. As the daughter of a former high school English teacher, she was taught how to read and write before she even started formal schooling. She picked up reading quickly and could understand books well beyond her age. Later, her passion for writing came as no surprise.

Ever since she has spent countless years building a library of books from all sorts of authors. Each book improving her writing along the way. Her decision to become an independent author was her destiny.

Currently, she’s working on building her community of readers through her Patreon. Offering exclusive content, Facebook Live sessions and much more!

She resides in West Hollywood with her wife and their two puppies.