Please welcome Edward M. Erdelac to The Qwillery as part of the Self-Published Fantasy Blog-Off 5 Interviews. 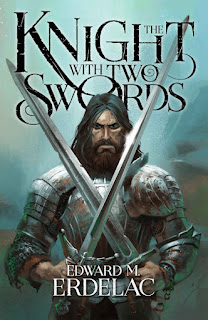 Edward:  In second or third grade I wrote a story about an elephant that turned into a telephone.

Edward:  I write the whole story out in third person, but if my research or characters take me down a different path, I will stray.

Edward:  Selling it once it's done.

TQ:  Describe The Knight With Two Swords using only 5 words.

TQ:  What inspired you to write The Knight With Two Swords?

TQ:  Please tell us about the cover for The Knight With Two Swords.

Edward:  What we have, from the fantastic Chris Yabrough, is the main character, Balin, probably in the midst of his redemptive quest (by the mud on his armor and the state of his hair and beard), bearing the Adventurous Sword, a cursed magic weapon that's caused his every glory to be matched with an equally inglorious tragedy in one hand, and his father's in the other.

TQ:  In The Knight With Two Swords who was the easiest character to write and why? The hardest and why?

Edward:  The easiest for me was Merlin. He just kinda flowed out, puckish, critical, omniscient. He's the Arthurian nerd who already knows how everything is going to play out and is trying to warn everybody but is ignored. Like me during the 2016 elections. Ha! The hardest was definitely the main character Balin himself, partly because he's so driven by the surety of his religious faith, but also because in his envy and his ambition, he's painfully close to my own failings.

TQ:  Does The Knight With Two Swords touch on any social issues?

Edward:  Truth to power is a big one, in the person of the fool Sir Dagonet and a central conspiracy of Camelot and Arthur's reign, and the question of whether a government founded on such a big and terrible secret can still be upheld as benevolent. Also the question of mutual acceptance between what may be perceived as opposing ideologies. Can they mend their differences and see their commonalities?

TQ:  Give us one or two of your favorite non-spoilery quotes from The Knight With Two Swords.

"Do you call your king a fool?"

“A good fool calls out the folly in every man, sire. The High King should expect nothing less from his own fool."

Edward:  I'm working on a book about an African American occult detective in 1977 Harlem during the Son of Sam murders who uncovers a plot by a white cabal to strangle hip hop in its infancy. Like Shaft meets Brother Voodoo.

Edward:  Thanks for the opportunity to introduce myself. 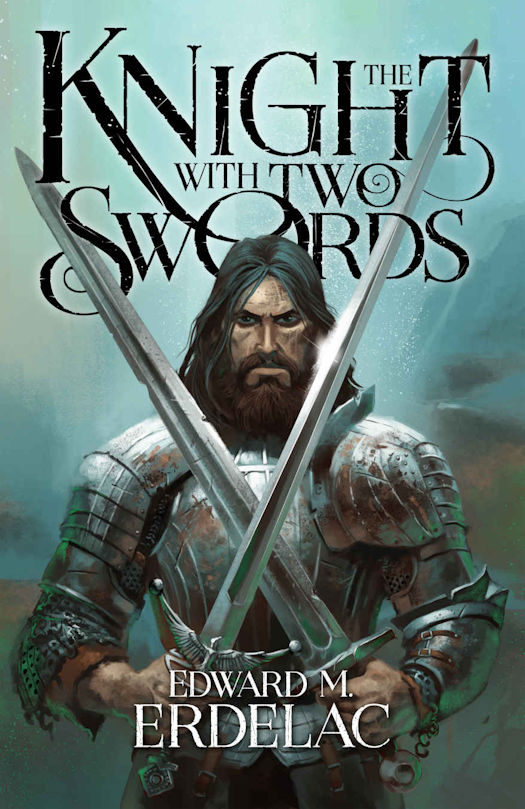 Before Arthur, There was Uther.
Before Lancelot, There was Balin The Savage.
Before the Holy Grail could be found...it had to be lost.

Balin grows up revering the memory of his father, a storied knight of the High King Uther's time. He is held back from following in his footsteps by his mother, a priestess of the old religion whose capitol is the Isle of Avalon. When she is burned at the stake as a witch by fanatics, Balin blames the corrupting influence of Avalon and sets himself against all that is pagan.

A new high king arises; Arthur, whose rule must unite pagan and Christian alike. Sir Balin, now known as The Savage for his ferocity in battle, answers the king's call for champions, but in his heart, questions the presence of the shadowy wizard Merlin beside the throne. When a vengeful enchantress comes to Camelot bearing a cursed sword that will make Balin the greatest knight in all Albion, but doom him to slay his beloved king, Balin sets out on a long quest that will veer between God and glory, love and madness, justice and revenge, and change the land forever. 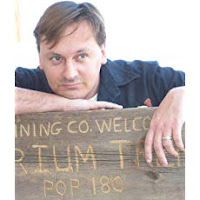 Edward M. Erdelac is the author of twelve novels (including the acclaimed weird western series Merkabah Rider) and dozens of short stories. He is an independent filmmaker, award winning screenwriter, and sometime Star Wars contributor.

Born in Indiana, educated in Chicago, he resides in the Los Angeles area with his wife and a bona fide slew of children and cats.