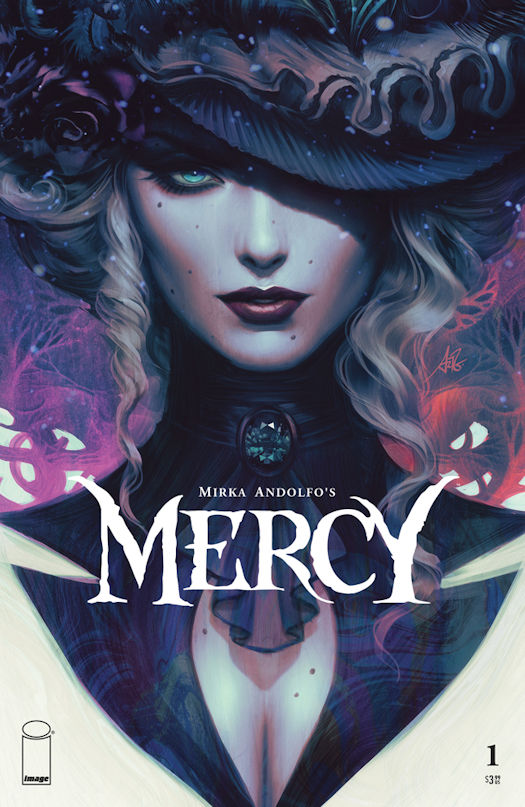 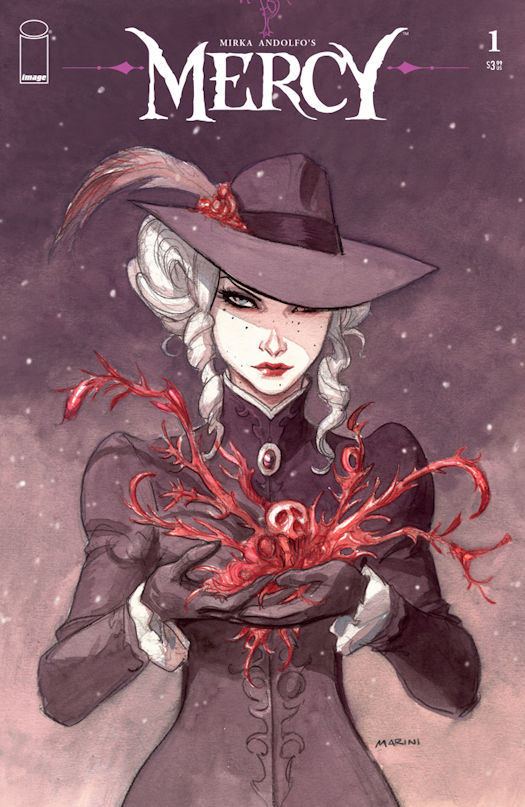 PORTLAND, Ore. 01/08/2020 — Image Comics is pleased to reveal jaw-dropping alternative covers for Mirka Andolfo’s Mercy #1 featuring artwork by Artgerm and Enrico Marini. This highly anticipated forthcoming six-issue miniseries was recently released in Italy by Panini Comics to breakout critical acclaim and will launch in the United States from Image Comics in March.

Mirka Andolfo’s Mercy begins when the placid mining village of Woodsburgh is disturbed by a series of brutal murders, sending the settlement into turmoil. As the first snow covers the chaos in a white blanket, a mysterious woman in black arrives, eliciting a totally different kind of unrest. But who is Lady Hellaine, really? And what’s her secret agenda? Watch the spine-tingling teaser trailer.

Mercy explores topics of “otherness,” damnation and redemption, and what it means to be a monster in a horror tale perfect for fans of Penny Dreadful, Crimson Peak, Carnival Row, and Dark Shadows. More exciting details about the goth-inspired, Victorian monster series will be unveiled as the United States release date approaches.

After the poignant story of inclusion and self-discovery told in Unnatural, Andolfo presents a darker story that addresses issues far beyond typical genre-related tropes. Fans excited for the new series can visit mirkaandolfo.com for bonus Mercy content, exclusive artwork, and supplemental story material.

Mirka Andolfo’s Mercy #1 will be available at comic book shops on Wednesday, March 4: 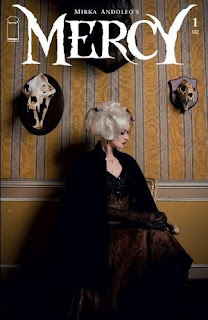 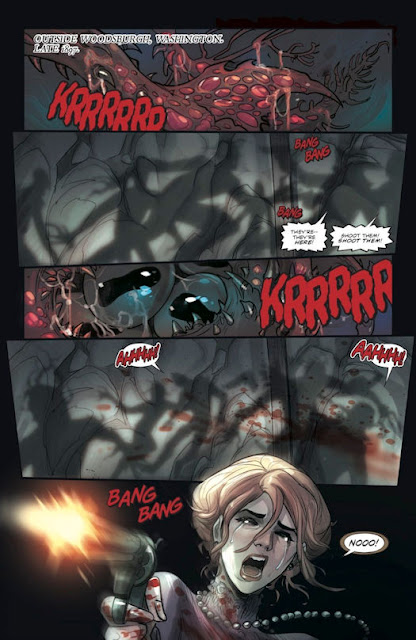 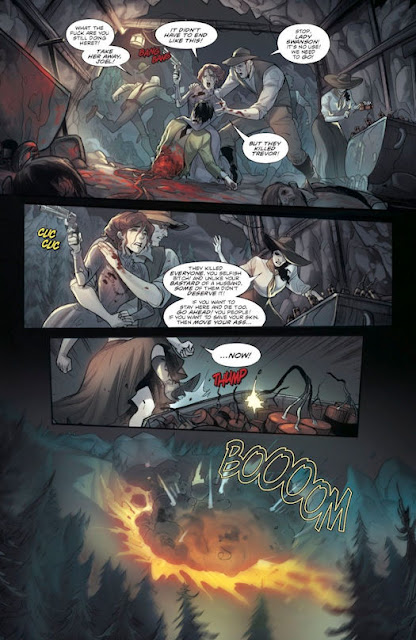 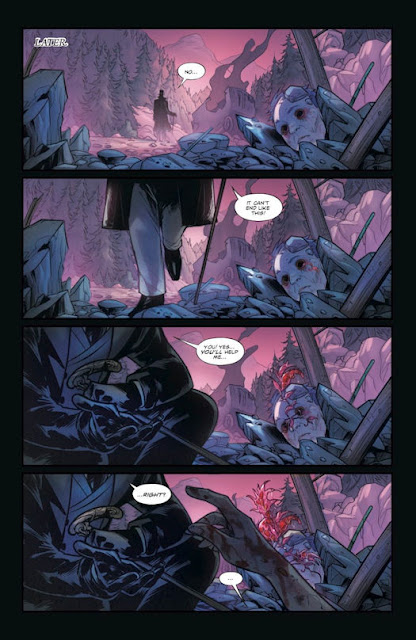 
ABOUT MIRKA ANDOLFO
Mirka Andolfo is the creator of bestselling series such as Unnatural (2016, Panini Comics, Image Comics in the United States) and Sacro/Profano (2013, Dentiblù). As an illustrator, cover artist, and writer, she works with some of the most prestigious publishing houses in the world, including Image Comics, DC Comics, Marvel Comics, The Walt Disney Company, Éditions Glénat, BOOM! Studios, Valiant, Dynamite, and Aspen Comics. Visit mirkaandolfo.com for more information.
Posted by Qwill at 9:16 PM