BITTER ROOT In Development for Film and More

PORTLAND, Ore. 01/13/2020 — Image Comics is pleased to announce the return of the critically acclaimed series Bitter Root this 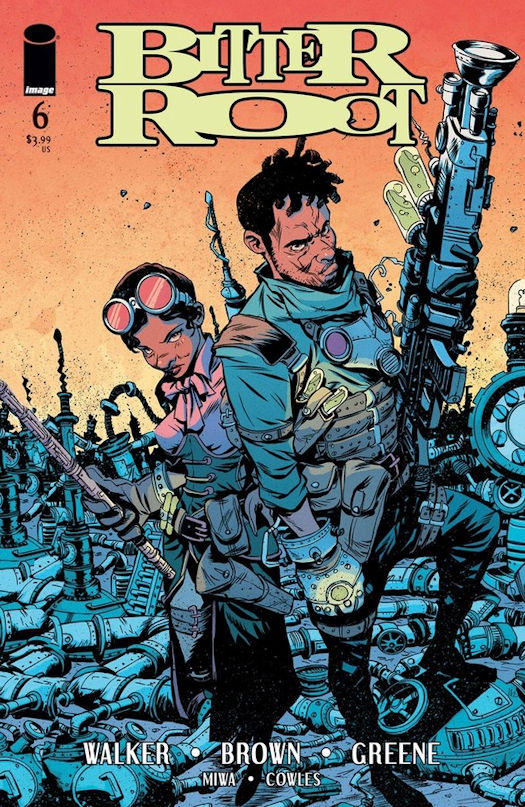 February from Image Comics. Nominated for multiple awards including the Eisner and the Ringo—and hailed as one of 2019’s “Best New Series” by Entertainment Weekly—Bitter Root is currently in development as a film from producer Ryan Coogler and Legendary.

The new story arc of Bitter Root kicks off with issue #6 and will feature the work of new colorist Sofie Dodgson. The monster-fighting Sangerye family as they embark on another adventure coming from Image Comics this February with Bitter Root #6.

“We’ve put our hearts and souls into this new arc of Bitter Root,” said Walker. “Knowing that we had to top what’s already been done, and knowing that our readers deserve something exceptional.”

In Bitter Root #6, the monster-fighting Sangerye family returns for another adventure. Loved ones once thought lost forever have returned—though the bliss of this family reunion doesn’t last for long. Cullen has changed, and everyone is concerned. But they’ll need all the help they can get, as a new threat has arrived on Earth…

Brown added: “I channeled my darkside for this arc. Hell has come to Harlem and I love it. We’re taking our antagonists to a new level.”

The Bitter Root series takes place in the 1920s while the Harlem Renaissance is in full swing and follows the Sangerye Family. Once the greatest family of monster hunters in the world, the Sangeryes must move beyond the tragedies of the past, or be forced to sit back and watch an unimaginable evil ravage the human race.

“The anticipation of Bitter Root's return has been beyond exhilarating,” said Greene. “We can't wait for people to see where we are going with this story. I have never been more proud of a body of work.”

Bitter Root #6 is also available for purchase across many digital platforms, including the official Image Comics iOS app, Amazon Kindle, Apple Books, comiXology, and Google Play. Fans can also subscribe to receive the series delivered by mail within the domestic U.S. on Image Direct.

"The comic is by an all-black creative team and features a predominantly black cast of characters in the 1920s—embracing the black artistic creativity of the Harlem Renaissance but also recognizing the racism of the time." —The Washington Post

"The tragedy and family drama at the heart of Image Comics’ new series Bitter Root may be the most traditional thing about a comic that is, at heart, anything but traditional." —The Hollywood Reporter

“A comic with a clear message, it never feels overtly moralizing, but simply an education as stark and brutal as the rad-as-hell monster-fighting horror that plays out in as the family goes about its work.” —io9

"Puts a monstrous face on bigotry and a beautiful new spin on the Harlem Renaissance." —The Onion's AV Club

"Confident in itself and doesn't need to rely on overwrought high-concept themes. Bitter Root isn't afraid to tackle weighty issues while still having some fun, giving us some new heroes that are much needed in today's world." —ComicBook.com 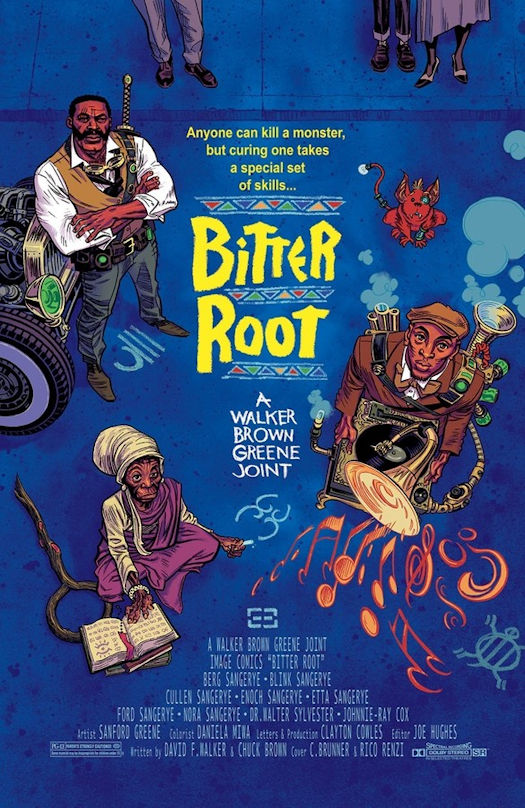 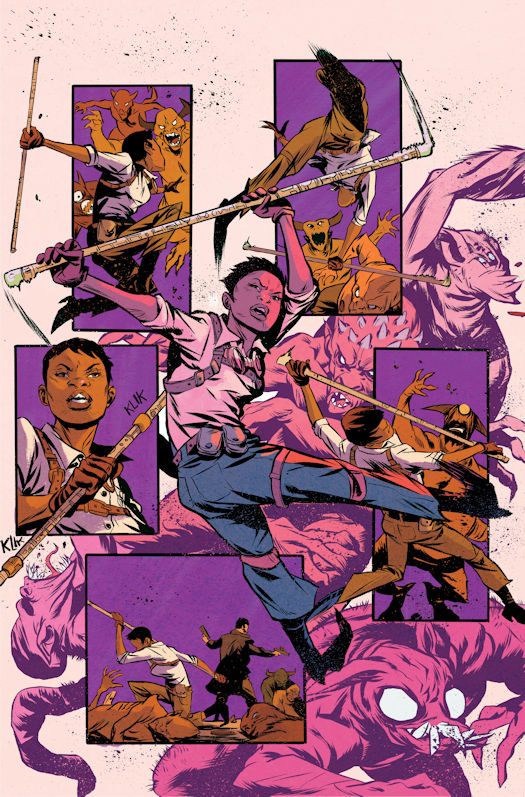 ABOUT IMAGE COMICS
Image Comics is a comic book and graphic novel publisher founded in 1992 by a collective of bestselling artists. Image has since gone on to become one of the largest comics publishers in the United States. Image currently has six individuals on the Board of Directors: Robert Kirkman, Erik Larsen, Todd McFarlane, Marc Silvestri, Jim Valentino, and Eric Stephenson. It consists of five major houses: Todd McFarlane Productions, Top Cow Productions, Shadowline Comics, Skybound Entertainment, and Image Central. Image publishes comics and graphic novels in nearly every genre, sub-genre, and style imaginable. It offers science fiction, fantasy, romance, horror, crime fiction, historical fiction, humor and more by the finest artists and writers working in the medium today. For more information, visit www.imagecomics.com.
Posted by Qwill at 6:30 AM