Interview with Brian D. Anderson, author of The Bard's Blade


Please welcome Brian D. Anderson to The Qwillery as part of the 2020 Debut Author Challenge Interviews. The Bard's Blade is published on January 28, 2020 by Tor Books. 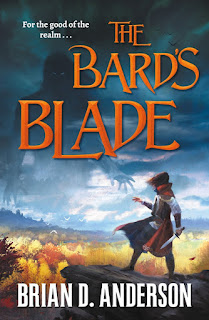 Brian:  Oh lord! It was a humiliating experience. I was roughly eleven or twelve and had just finished reading The Fellowship of the Ring for the first time. It was an old copy my uncle kept in his childhood bedroom at my grandparent’s house. He was a huge science fiction and fantasy fan back in the 60’s and was more than happy to let me have it.

The very day I read the final page, I decided I wanted to be a writer. I was convinced I could do what Tolkien had done. I felt it in my heart. Sadly, that’s all I had: heart. No skill whatsoever. I’m not sure if a pre-teen boy can suffer the Dunning/Kruger effect. But I banged out about five pages of what I thought to be a work of unadulterated brilliance.

This opinion of myself was shattered when I showed my uncle and watched him read it. A grin became a smile, that became a chuckle, that became full blown laughter. He wasn’t trying to be mean. He’s a sweet man. But I was going on and on how I was going to be the next Tolkien, and the proof was in my hands. He simply couldn’t stop himself. I told him I’d keep trying. But my feelings were hurt more than I let on, and I didn’t write again for many years.

Brian:  I started as a pantser, and was for a long time. These days, I find plotting makes life so much easier. That’s not to say an outline is a suicide pact. It’s not chiseled in stone. If I think of a better idea, I’ll go with it, which makes me a bit of a hybrid, I suppose.

Brian:  There’s nothing really all that challenging anymore, at least as it pertains to the work itself. Not in the way it was as a novice. After nearly twenty books I have established my own style, voice, and methods. And I spend plenty of time reading so I can pick up a few new tricks. And I think I am flexible enough to change when the situation calls for it.

The real challenge is not taking on too much as once – balancing writing with my personal life. I have a tendency to overload myself with projects. When I do, my health (both physical and mental) suffers. It’s not conducive to a happy family situation.

Brian:  Hard to say. I’m definitely inspired by other writers. And while I’m sure they influence me, I don’t think I know when it’s happening. It’s too much in the realm of the subliminal for me to be aware of it. In fact, I’m frequently surprised by the comparisons to other authors I get from readers. It’s rarely who I think it will be.

Brian:  Fantasy adventure everyone should read 😊

TQ:  Tell us something about The Bard's Blade that is not found in the book description.

Brian:  Though it’s written as an adult fantasy, I wanted it to be accessible to everyone. It’s not YA, but readers of all ages can enjoy it.

TQ:  What inspired you to write The Bard's Blade? What appeals to you about writing Fantasy?

Brian:  It actually came as a result of a failed attempt at writing flash fiction. I needed a distraction, so I entered a contest. The piece was based on fan art, and was supposed to be no more than three-hundred words. While I could not keep it that short and was therefore disqualified, by the end I’d come up with the basic plot and characters for The Bard’s Blade.

What appeals to me most about writing fantasy is the freedom. I can create any type of world I want. I get to touch on social issues in a way that is relevant without being preachy or ham fisted. Things that are often difficult or awkward to talk about can be reframed in a fantasy setting so to allow for nuance and depth. The writer can take the challenges of the modern world and insert them into their narrative without the appearance of bias or malice.

Just look at the way fantasy has grown. You have Asian, African, LGBTQ, South American, Native American, among other types of fantasy that have joined in with European based fantasy as a welcome addition, rather than a contentious rival. The new and the traditional walk hand in hand. I can’t name another genre that can boast this level of enthusiastic acceptance by both creators and readers alike.

TQ:  What sort of research did you do for The Bard's Blade?

Brian:  None. It didn’t require any. I understood the technology I intended to use. And the rest was a complete invention. Well…I did look up the organizational structure of the Roman Catholic Church. But that was more to confirm what I already knew.

TQ:  Please tell us about the cover for The Bard's Blade.

Brian:  Felix Ortiz brought his spectacular talent to bear on this. It doesn’t depict a scene. But it absolutely captures the mood and tone.

TQ:  In The Bard's Blade who was the easiest character to write and why? The hardest and why?

Brian:  Remarkably, it was Mariyah. I know it should have been Lem. We have a lot in common. But I connected more with Mariyah. I knew what she would feel and do in any given situation. I couldn’t tell you why. I just did.

The hardest was Loria Camdon. Her personality and life experience are highly complex. I didn’t want to write a stereotypical hard ass female – humorless, pragmatic, tough as nails, fearless, and sometimes mean as hell. She needed balance. Only then would she be like a real person to whom the reader could relate. It wasn’t easy. But in the end I think I accomplished my goal.

TQ:  Which question about The Bard's Blade do you wish someone would ask? Ask it and answer it!

Brian:  How many people should I tell to buy and read The Bard’s Blade?

All the people! That’s how many.

TQ:  Give us one or two of your favorite non-spoilery quotes from The Bard's Blade.

Knowledge is like the first step down a long road. All you can see is the ground at your feet. What lies ahead is shrouded in darkness until you find the courage to walk on.


Injustice is the garden in which the seed of misery is sown.

Brian:  A Chorus of Fire is written and out of copy editing. So mainly, I’m finishing up with my indie works, along with A Sword’s Elegy, final book of The Sorcerer’s Song. After that I have a new series in mind, of which I have 80k words written. The world is vast and extremely complex on a scale I’ve never attempted. So I’m excited to dive in deep. 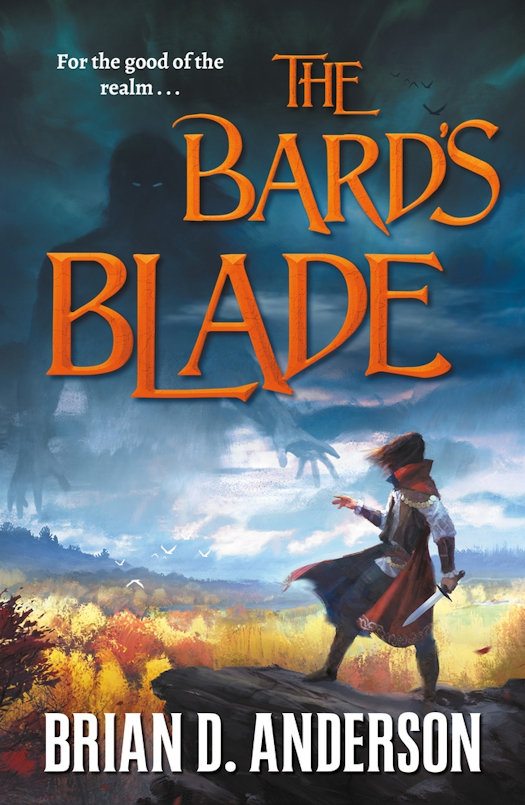 The Bard's Blade is the start of the new Sorcerer's Song fantasy adventure series from Brian D. Anderson, bestselling author of The Godling Chronicles and Dragonvein.

Mariyah enjoys a simple life in Vylari, a land magically sealed off from the outside world, where fear and hatred are all but unknown. There she's a renowned wine maker and her betrothed, Lem, is a musician of rare talent. Their destiny has never been in question. Whatever life brings, they will face it together.

Then a stranger crosses the wards into Vylari for the first time in centuries, bringing a dark prophecy that forces Lem and Mariyah down separate paths. How far will they have to go to stop a rising darkness and save their home? And how much of themselves will they have to give up along the way? 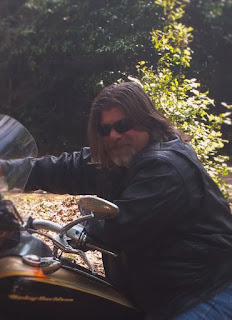 BRIAN D. ANDERSON is the indie-bestselling fantasy author of The Godling Chronicles, Dragonvein, and Akiri (with co-author Steven Savile) series. His books have sold more than 500,000 copies worldwide and his audiobooks are perennially popular. After a fifteen year long career in music, he rediscovered his boyhood love of writing. It was soon apparent that this was what he should have been pursuing all along. Currently, he lives in the sleepy southern town of Fairhope, Alabama with his wife and son, who inspire him daily.