The following scene from Snowflake by Heide Goody and Iain Grant is where Lori first meets Ashbert. She doesn’t yet realise that he’s the man she has accidentally brought to life from a collage that she made as a teenager. We join Lori as she has been baking with her friend Cookie... 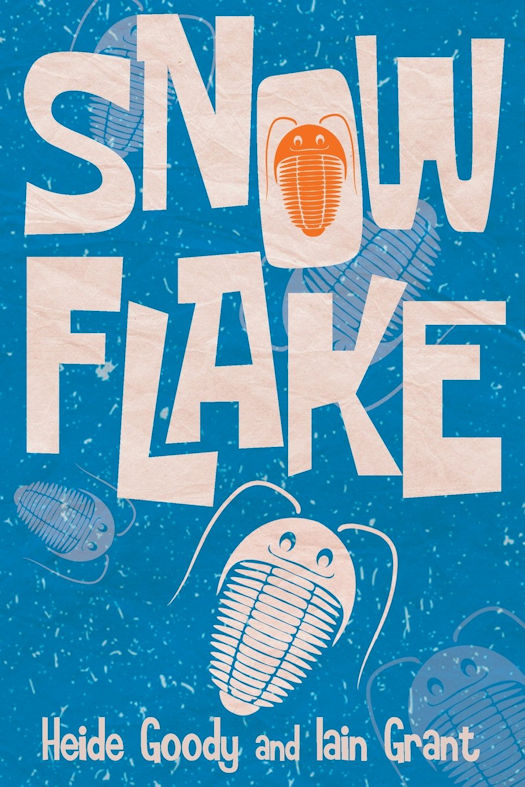 Lori Belkin has been dumped. By her parents.

They moved out while she was away on holiday, and now, at the tender age of twenty-five, she's been cruelly forced to stand on her own two feet.

While she's getting to grips with basic adulting, Lori magically brings to life the super-sexy man she created from celebrity photos as a teenager.

Lori learns very quickly that having your ideal man is not as satisfying as it ought to be and that being an adult is far harder than it looks.

Snowflake is a story about prehistoric pets, delinquent donkeys and becoming the person you want to be, not the person everyone else expects you to be.

Lori arrives back from her holiday in Crete to discover her parents have moved away without telling her. Now she has to go it alone with only her wits and her brother's luxury flat to keep her safe. Little did she realise that a straw goat, mouldering sausage and a bottle of raki weren't the only things she brought back with her. Lori thought it was just a pretty necklace that she bought in a random store in Crete but it turned out it had the power to bring to inanimate objects to life - like the magazine cut out of her ideal man, a long extinct bug, foxes, and so much more. At the tender age of 25 Lori has some serious 'adulting' to do and there is a lot of trouble she can get into the meantime.

Snowflake by the writing duo of Heide Goody and Iain Grant is another lighthearted romp through the trials and tribulations of being a millennial with a magical necklace. Lori's name should be officially changed to Trouble Belkin because, boy, she gets into enough of it. From almost burning down her brother's flat to chasing a donkey through Ikea Lori has more exploits than the normal 20 something. In fact Lori can barely cross the street without triggering a major disaster. Goody and Grant are experts at getting their characters into ridiculous situations and giving them hilarious lines. One specific scene where Lori and her magically created perfect man Ashbert go to the theatre was very amusing, especially the Iron Man reference. There are a number of English 'in jokes' and I am not sure whether you will get all them if you aren't from the UK but it's worth a go.

This is a very good book if you want a lighthearted read or need to be cheered up. My one tiny criticism is that Lori was a bit too ignorant of almost everything and the number of outrageous situations she got herself into was relentless. I felt a bit exhausted when I got to the end of the book.  I feel this situational 'naivety' worked well with Goody and Grant's former prince of darkness Clovenhoof (funniest books ever!) but with Lori she came across too self-involved and borderline inconsiderate. Some of the jokes make up for Lori's personality quirks so if you are looking for something funny, quite kooky and with a happy ending give Snowflake a go.
Posted by Melanie at 6:00 AM