After an epic battle between Free Chocolate and The Traitor God (both published by Angry Robot), the winner of the June 2018 Debut Author Challenge Cover Wars is Free Chocolate by Amber Royer with 47% of the votes. The cover art is by Mingchen Shen. 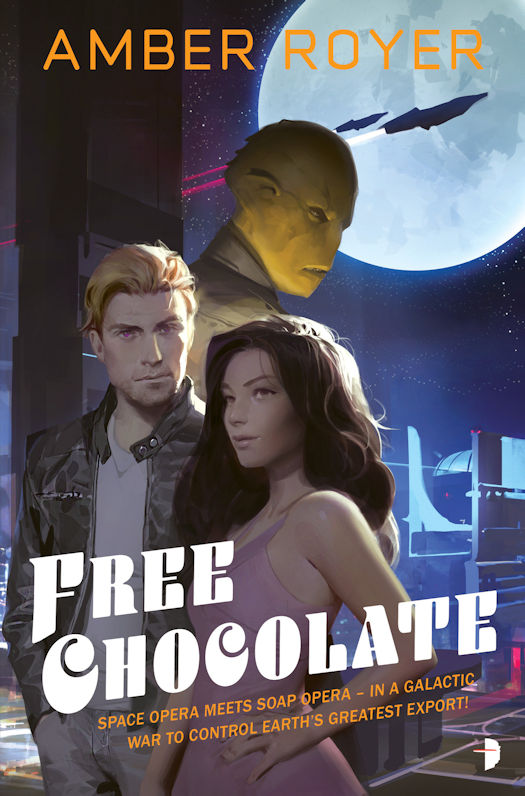 In the far future, chocolate is Earth’s sole unique product – and it’s one that everyone else in the galaxy would kill to get their hands, paws, and tentacles on

Latina culinary arts student, Bo Benitez, becomes a fugitive when she’s caught stealing a cacao pod from the heavily-defended plantations that keep chocolate, Earth’s sole valuable export, safe from a hungry galaxy. Forces arraying against her including her alien boyfriend and a reptilian cop. But when she escapes onto an unmarked starship things go from bad to worse: it belongs to the race famed throughout the galaxy for eating stowaways. Surrounded by dangerous yet hunky aliens, Bo starts to uncover clues that the threat to Earth may be bigger than she first thought. 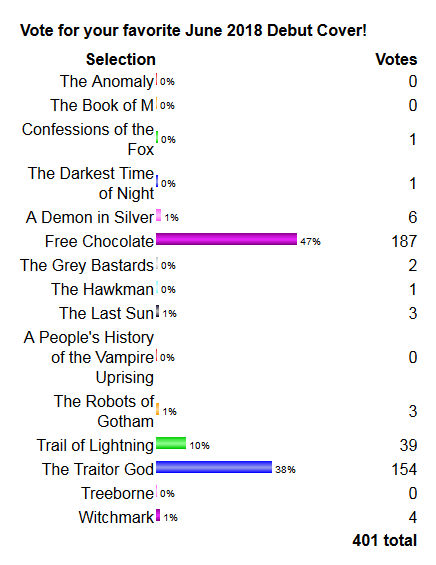 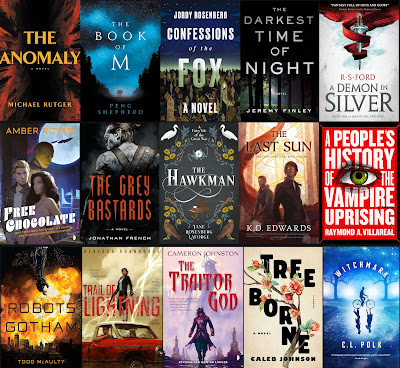