MURDER FALCON:
GET READY TO SHRED!

The world is under attack. Monsters have invaded our streets and our homes, and there’s only one thing that can stop them: METAL.

“Music is something that brings me a lot of joy, and it was my goal to translate that into images, thus bringing MURDER FALCON into the world,” said Johnson. “It's a super combo of all the things I love, and I'm so excited to share it with you all.”

Jake’s life is falling apart: no band, no girl, no future…until he meets Murder Falcon, a legendary monster-killer sent from The Heavy to destroy all evil. But he can’t do it alone—he needs Jake by his side, shredding up a storm. Now, with every chord Jake plays on his guitar, the power of metal fuels Murder Falcon into all-out kung fu fury on those that seek to conquer Earth.

Better watch out, monsters—METAL WILL DESTROY ALL EVIL! 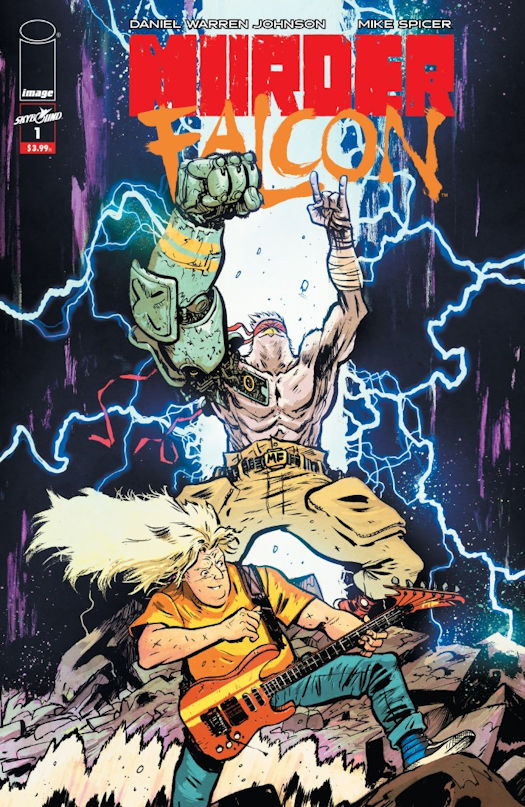 ABOUT IMAGE COMICS
Image Comics is a comic book and graphic novel publisher founded in 1992 by a collective of bestselling artists. Image has since gone on to become one of the largest comics publishers in the United States. Image currently has six individuals on the Board of Directors: Robert Kirkman, Erik Larsen, Todd McFarlane, Marc Silvestri, Jim Valentino, and Eric Stephenson. It consists of five major houses: Todd McFarlane Productions, Top Cow Productions, Shadowline Comics, Skybound Entertainment, and Image Central. Image publishes comics and graphic novels in nearly every genre, sub-genre, and style imaginable. It offers science fiction, fantasy, romance, horror, crime fiction, historical fiction, humor and more by the finest artists and writers working in the medium today. For more information, visit www.imagecomics.com.
ABOUT SKYBOUND ENTERTAINMENT
Founded in 2010, Skybound Entertainment is a multiplatform entertainment company specializing in television, comics, film, digital content, interactive, gaming, and merchandise. The company is led by The Walking Dead creator Robert Kirkman and his longtime producing and business partner David Alpert.
Posted by Qwill at 5:00 AM