Please welcome Danie Ware to The Qwillery. Danie's most recent novel, Children of Artifice, was published on June 16th by Fox Spirit Books. 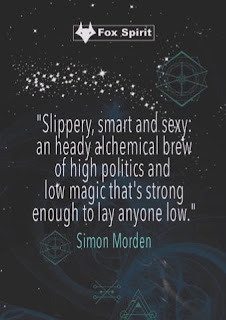 Danie:  Was a long and windy horsey story written as a pre-teen. It was called The Fire Saddle and illustrated throughout… and (other than the front cover) I can’t honestly remember a thing about it. Other than it was awful. Obviously.

TQ:  Children of Artifice is your 4th novel after the 3 novel Ecko series. What do you wish that you knew about book publishing when the 1st Ecko novel came out that you know now?

Danie:  The sheer amount of hard work that goes into producing a novel – not just the writing, but the complex layers of agents and editors and copy-editors and cover artists and publishers and reps and bookstores… You may produce the basic story, but that’s only the beginning of a very long journey indeed. And it’s hard work for all involved!

TQ:  Describe Children of Artifice with only 5 words.

TQ:  Tell us something about Children of Artifice that is not found in the book description.

Danie:  Children of Artifice deals a lot with identity – with what a name really means, what responsibilities it carries, and what happens if you lose or wish to lose it. It also deals with family – there are many layers of narrative that are about ties of blood and ties of love, and how they can pull you to pieces.

TQ:  What inspired you to write Children of Artifice? What appeals to you about writing fantasy?

Danie:  I love writing fantasy because the sky’s the limit and your world’s your own – you can dream as big as you like. The trick, though, is to keep the themes and feelings that we can understand and identify with – in this case, falling unexpectedly in love.

The inspiration came from exploring the relationship of the two main characters, how they interact, how they are pulled together almost in spite of themselves. And how they get caught in the centre of the whirlpool that surrounds them.

TQ:  What sort of research did you do for Children of Artifice?

Danie:  A lot work on alchemy, mining, volcanoes, and volcanic rock (thanks to Simon ‘Doc of Rocks’ Morden for his help), as well as into the culture and demographics of Dickensian London, and (slightly bizarrely) the Edo period of medieval Japan. Setting a story in a sealed location also means a lot of restrictions, and I had to think through how everything would work – and how essentially water-based agriculture would change the most basic ‘taken-for-granted’ things about a fantasy society.

TQ:  Please tell us about the cover for Children of Artifice.

Danie:  Cover art is by Sarah Anne Langton, and shows the rock of the city’s mineworkings, overlaid with the symbolism of the urban magic/metallurgy that threads throughout the book. It was originally intended to be copper-coloured, but the shade came out looking brown – so the blue is the colour that copper makes when it burns. And copper is rather integral to the story!

TQ:  In Children of Artifice who was the easiest character to write and why? The hardest and why?

Danie:  Caph was the easiest – his thoughts and reactions and emotions have always been second nature, very easy to feel and follow. Proteus was the hardest – he’s a character concept that I’ve struggled with, on and off, for many years. And I was SO pleased to finally get him (and them) right!

TQ:  Does Children of Artifice touch on any social issues?

Danie:  A gay relationship is the central thread of the story – but I wanted to step away from the old clichés and do something slightly different. They still have their barriers to cross – but those barriers are more about class and caste, rather than sexuality. There’s also a thread about Caph have been bullied/abused by his ex, and about his father’s unforgiving attitude that it makes him ‘less than a man’. It’s not easy to have been a victim, and his breaking free of the self-blame is critical.

TQ:  Does Children of Artifice share anything thematically with the Ecko series (Ecko Rising, Ecko Burning, and Ecko Endgame)?

Danie:  Only that is doesn’t fit into tidy genre boundaries!

TQ:  Which question about Children of Artifice do you wish someone would ask? Ask it and answer it!

Danie:  Maybe: how long did it take you to write? And the answer is a year – and four previous drafts, the first one in about 1993. Never throw your writing away!

TQ:  Give us one or two of your favourite non-spoilery quotes from Children of Artifice.

‘Slowly, the red sky darkened to lavender and the lamps gleamed in the dusk. The blue moon rose, a sliver like a promise. The dockers and loaders, their shifts over, put flame to swaying strings of lanterns and settled in groups to drink and brag. Clouds of midges round around them occasionally flashing to incendiary doom.’

“Holding down his tension, Proteus turned off the tight, stone roadway and took the steps two at a time, He came up to the cluttered porch panting sheened in a dirty sweat. It stank up here, of piss and breakfast, of life and humanity. Layers of noise drifted up from the tangle below – a crying child, a blazing row, the grunts of married sex.”

Danie:  There is a second book, which I’m about halfway through, but I keep getting distracted. I have more Black Library fiction coming very soon – and there will be even more news towards the end of the year!

Danie:  Thank you for having me! 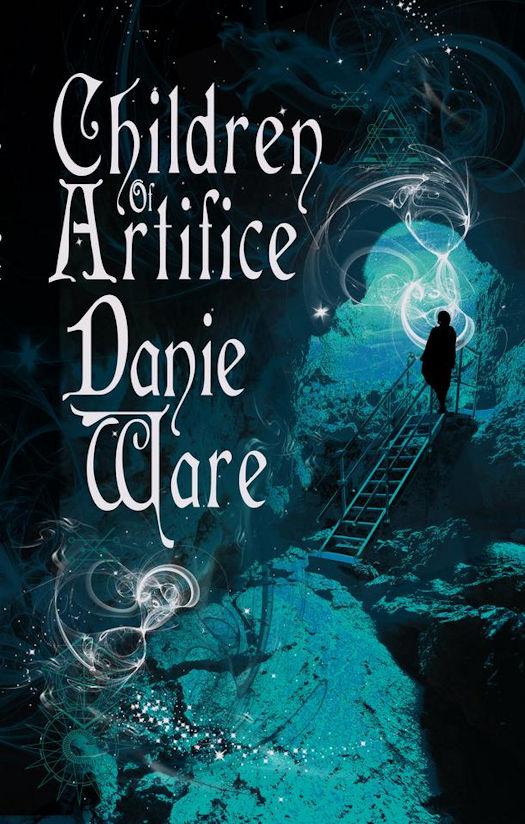 An ancient city, sealed in a vast crater. A history of metallurgical magic, and of Builders that could craft the living, breathing stone.

Caphen Talmar is the high-born son of an elite family, descended from the Builders themselves, his artistic career ruined when his ex-lover broke his fingers.

One night, gambling down at the wharfside – somewhere he shouldn’t have been in the first place – he meets Aden. An uncomplicated, rough-edged dockworker, Aden is everything Caph needs to forget the pressures of his father’s constant criticism.

But this isn’t just another one-night stand. Aden is trying to find his sister, and he needs Caph’s help. Soon, they find themselves tangled in a deadly game of trust, lies and political rebellion.

And, as Caph begins to understand the real depth of the horrors they’ve uncovered, he learns that Aden is not what he seems. And Aden knows more about the coming destruction than Caph could ever have guessed. 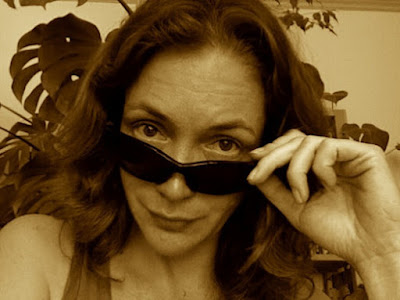 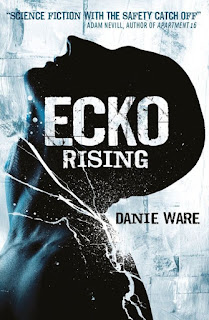 Ecko is an unlikely saviour: a savage gleefully cynical rebel/assassin, he operates out of hi-tech London, making his own rules in a repressed and subdued society. When the biggest job of his life goes horribly wrong, Ecko awakes in a world he doesn’t recognise: a world without tech, weapons, cams, cables – anything that makes sense to him. Can this be his own creation, a virtual Rorschach designed just for him, or is it something much more? Ecko finds himself immersed in a world just as troubled as his own, striving to conquer his deepest fears and save it from extinction.

If Ecko can win through, then he might just learn to care - or break the progam and get home. 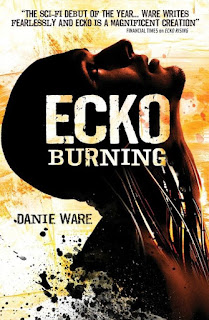 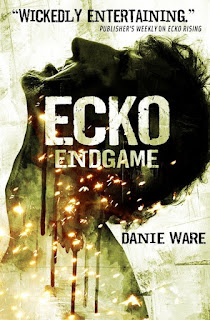 Winter has come to the Varchinde – and with it, the fatal spread of the blight. The grass is dead, and the plains’ cities are falling to the loss of crops and trade.

Now, the Kas take their chance to rise from Rammouthe. Overmatched, betrayed and abandoned by his own forces, Rhan takes the ultimate gamble – he will abandon Fhaveon to lure the Kas into a final confrontation.

But the world’s memory is returning. And, as the battle rages round him, Ecko begins to realise that everything they have done has been for a purpose. If they can fit the pieces together, then they might just win the war.

Yet, even if they do defeat the Kas, the blight is still there. And to save both the Varchinde and himself, Ecko must face the worst fear of all – the one that has come from his own world.