James Harren Cover for The Weatherman


PORTLAND, OR, 07/19/2018 — Image Comics is pleased to reveal a jaw-dropping, limited THE WEATHERMAN #3 cover featuring eye-popping artwork by James Harren (RUMBLE), with colors by Nathan Fox.

In THE WEATHERMAN #3, Nathan and Cross are cut off, on the run, and hunted by The Marshal, as they try to stay alive long enough to find Nathan’s lost memory and the key to stopping another world-ending attack. But they’ll have to survive each other first… 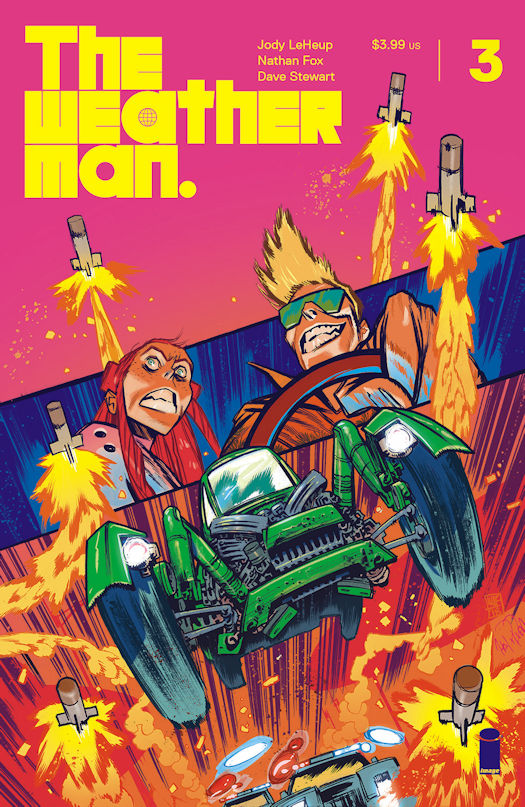