Review: In the Valley of the Devil by Hank Early 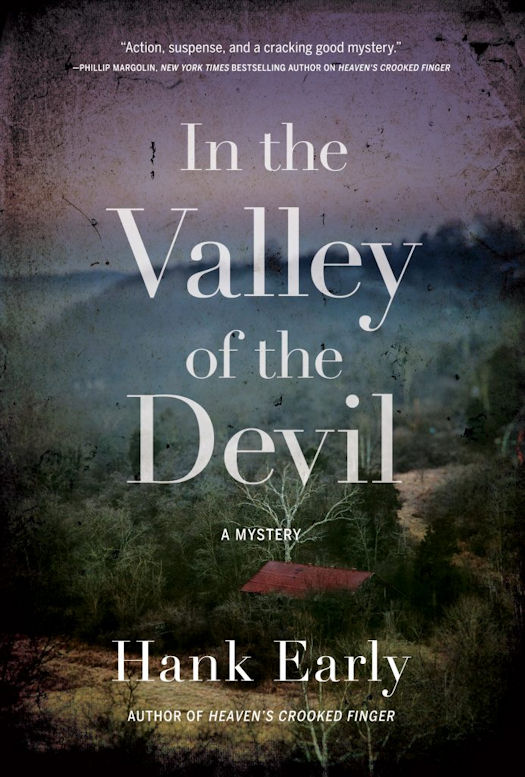 Earl Marcus found new hope after confronting the unspeakable evil unleashed by his father’s fundamentalist Church of the Holy Flame. Now plying his trade as a private investigator in the North Georgia mountains, he’s drawn once again into a dark abyss of depravity, and murder.

Tasked with what seems like a routine job, Earl stumbles into a mysterious cornfield where an old mountain legend appears to have awakened. Just as he begins to hear rumors of a place in the woods behind a dark cornfield where a killer collects human skulls, his partner Mary Hawkins vanishes.

As the litany of terror grows, the poisoned spirits of Earl’s past return to claim their final victims. And on an old train trestle over a swift-running river at the edge of a cornfield Earl will confront his worst fears. Time is running out for Mary—and unless Earl can wrest her from the control of a secretive cabal comprised of some of the area’s most elite—and wealthiest—citizens, she could be lost to him forever in In the Valley of the Devil, the second harrowing installment of the Earl Marcus mysteries by Hank Early.

Early’s first book, Heaven’s Crooked Finger, focused on Earl Marcus’s relationship with his father, the preacher of a fundamentalist church that used snakes as part of its rituals. Having been bitten in the face during a ritual, Earl had fled the church and his father and vowed never to return. But that novel found him investigating and then bringing down the crooked institution.

In the second novel, In the Valley of the Devil, Earl has found some peace. He has returned to the hills of his childhood, is plying his investigative skills successfully, and has a girlfriend, Mary, a sheriff’s deputy he met in the first book. In doing a favor for his frenemy, Ronnie, he finds a cornfield where criminal activities may be taking place, and Mary disappears into the corn.

Whereas Early's first book focused on religion and the damage it can sometimes cause, he focuses on racism here, both blatant and subtle. It appears that Mary was taken, not just because she was investigating with Earl, but more importantly, because she is black.

Early’s books always have some touch of the supernatural, whether there is a rational explanation or not. Here, there is a monster called Old Nathaniel, a former Confederate soldier who attacks blacks and takes their skulls as trophies. Earl must discover whether Mary has been taken by this demon or by a group of rich citizens acting out their racist fantasies. This little piece of mysticism adds to the tension and mystery of the story.

Early also could be a poet. His descriptions are lyrical, especially when he is describing the moon, the cornfields, and the overall beauty of rural Georgia. He quickly is becoming one of my favorite mystery writers because of the intriguing mysteries and the poetic language he uses. I cannot wait to see what he writes next. 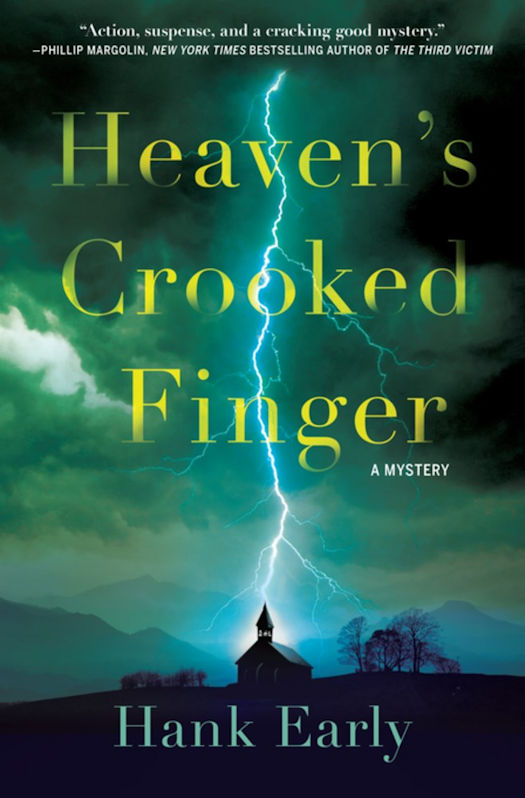 Earl Marcus thought he had left the mountains of Georgia behind forever, and with them, the painful memories of a childhood spent under the fundamentalist rule of his father RJ’s church―a church built on fear, penance, and the twisting, writhing mass of snakes. But then an ominous photo of RJ is delivered to Earl’s home. The photograph is dated long after his father’s burial, and there’s no doubt that the man in the picture is very much alive.

As Earl returns to Church of the Holy Flame searching for the truth, faithful followers insist that his father has risen to a holy place high in the mountains. Nobody will talk about the teenage girls who go missing, only to return with strange tattoo-like marks on their skin. Rumors swirl about an old well that sits atop one of the mountains, a place of unimaginable power and secrets. Earl doesn’t know what to believe, but he has long been haunted by his father, forever lurking in the shadows of his life. Desperate to leave his sinful Holy Flame childhood in the past, Earl digs up deeply buried secrets to discover the truth before time runs out and he’s the one put underground in Heaven’s Crooked Finger, Hank Early’s thrilling series debut.