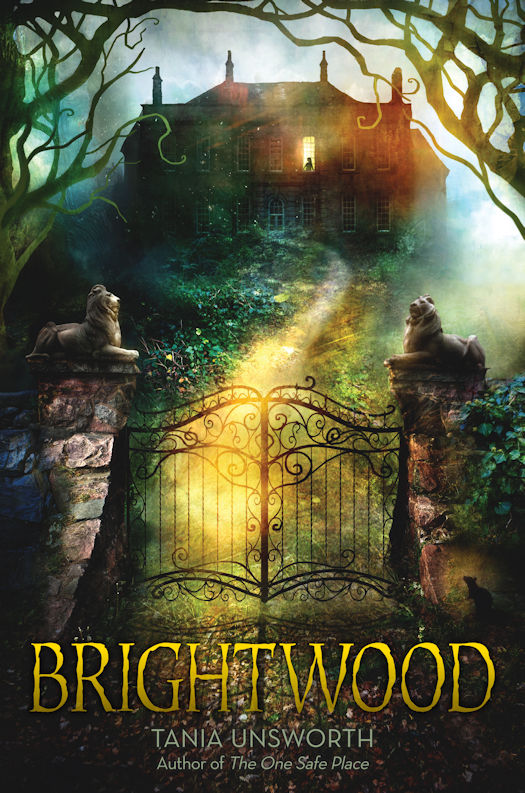 In this spine-tingling tale where the line between imagination and madness is sometimes hard to find, a girl fights to save her home and her life from a mysterious stranger.

Daisy Fitzjohn knows there are two worlds: the outside world and the world of Brightwood Hall, her home—and the only place she’s ever been. Daisy and her mother have never needed a life beyond Brightwood Hall, with its labyrinth of rooms, many animals, and stores of supplies. Daisy has no computer or phone, but she has all the friends she could want, including a mischievous talking rat named Tar and a ghostly presence of a long-ago explorer who calls herself Frank.

When Daisy’s mother leaves one morning without saying goodbye, a strange visitor, James Gritting, arrives on the estate claiming to be a distant cousin. But as the days tick by and Daisy’s mother doesn’t return, Gritting becomes more and more menacing. He wants to claim Brightwood for himself, and Daisy soon realizes he will do anything to get it. With no one to help her but her imaginary friends, Daisy must use her wits and her courage to survive.

Tania Unsworth takes readers on a twisting, heart-pounding journey through dark corridors and wild, untamed gardens in this novel perfect for fans of Doll Bones and Coraline.

Eleven year old Daisy loves Brightwood Hall. Although Daisy and her mother live there alone, Daisy has many unique friends that keep her company. For example, Tar, her pet rat, joins her for meals, and she enjoys feeding the birds and the rabbits that live in the overgrown lawn. The portraits of long deceased relatives speak to her, as do the stone lions guarding the gate of the crumbling estate. One morning, Daisy's mother leaves on an errand and simply doesn't return. Daisy is anxious and confused. They have no telephone and in all her eleven years, Daisy has never left Brightwood. Ever. When a strange man appears on the premises, Daisy must undertake a journey of self-discovery and introspection or she may lose everything she holds dear.

I didn't know what to expect from Brightwood. The book's beautiful cover made me think it would be somewhat whimsical and it is, right before it becomes scary. It has a Tim Burton-esque feel to it that is eerily appealing. Although the villain is motivated by a common theme, the presentation and the setting of this story make it unique and interesting. The events take place in the span of one week which ratchets up the tension masterfully. And Daisy is a great heroine; despite living an oddly sheltered life, she is able to problem solve and make deductions with only a little help from Tar and an unexpected spectral visitor. At the heart of the story, author Tania Unsworth tackles topics such as mental illness, grief, and depression, yet she also celebrates resiliency, determination and ingenuity. I would definitely recommend this YA book to tweens and young teens who enjoy a thrilling page-turner. Brightwood is a winner.