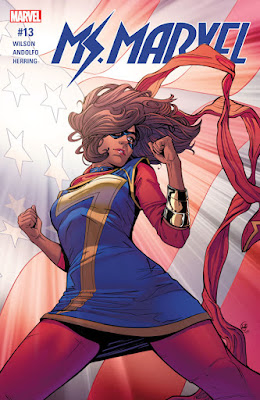 
Marvel Comics’ “Ms. Marvel” Encourages Everyone to Vote
Kamala Khan, a.k.a. Ms. Marvel wants YOU to Embiggen Your Voice

New York, NY—November 4, 2016— It’s election season in the United States and Marvel wants to remind everyone that they have one of the greatest powers there is – the ability to vote! And who better to champion this ability than Marvel’s breakout Super Hero, Ms. Marvel.

Today, Marvel Comics is proud to debut an exclusive first look to MS. MARVEL #13, spotlighting Ms. Marvel’s quest to encourage everyone to vote this Election Day. Written by G. Willow Wilson (Ms. Marvel, A-Force) accompanied with artwork by Mirka Andolfo, MS. MARVEL #13 finds Kamala Khan at the start of a new chapter in her life and as she begins this journey of discovery, Ms. Marvel takes to the streets of her home town, Jersey City, to encourage all its residents to summon their own super power – the right to vote!

Can Ms. Marvel inspire and encourage her neighbors to select their candidate, or will this be more challenging than taking down Ultron? Find out this November in MS. MARVEL #13 and check out Marvel’s exclusive preview to witness Kamala Khan’s march to encourage everyone to get out and vote.


About Marvel Entertainment
Marvel, a wholly-owned subsidiary of The Walt Disney Company, is one of the world's most prominent character-based entertainment companies, built on a proven library of more than 8,000 characters featured in a variety of media over seventy-five years. Marvel utilizes its character franchises in entertainment, licensing and publishing.
For more information visit marvel.com.
© 2016 MARVEL 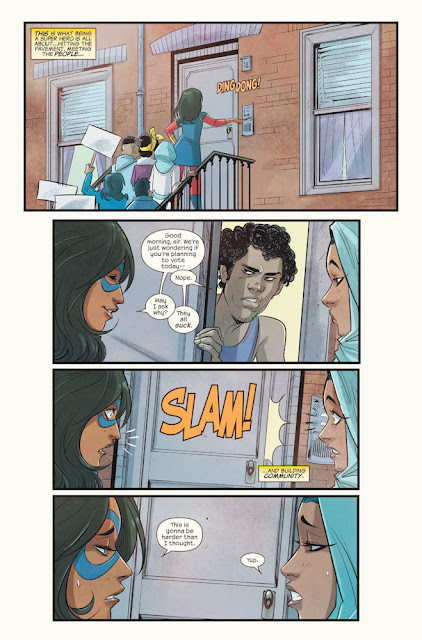 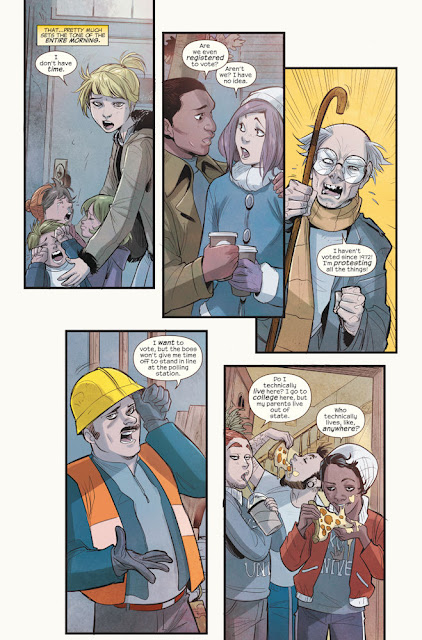 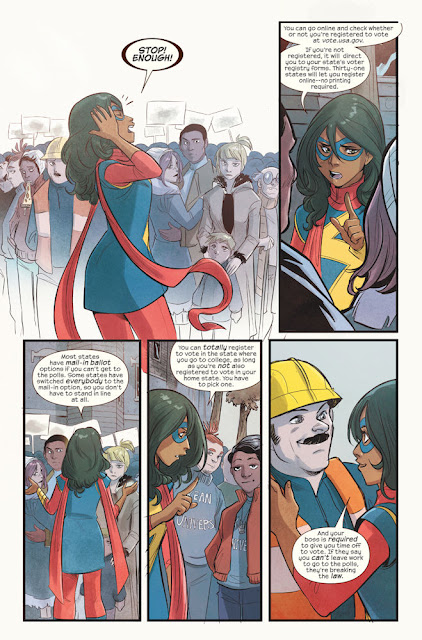 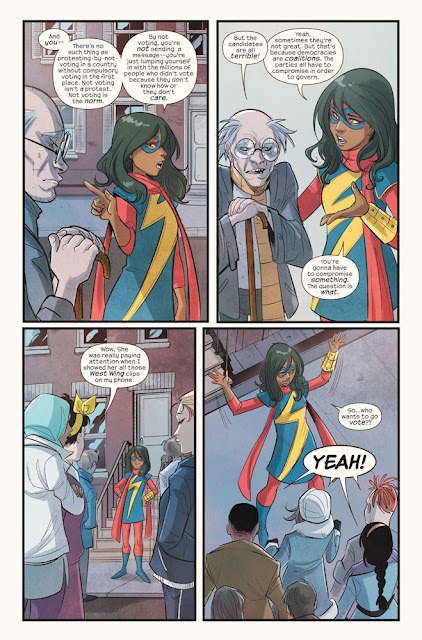 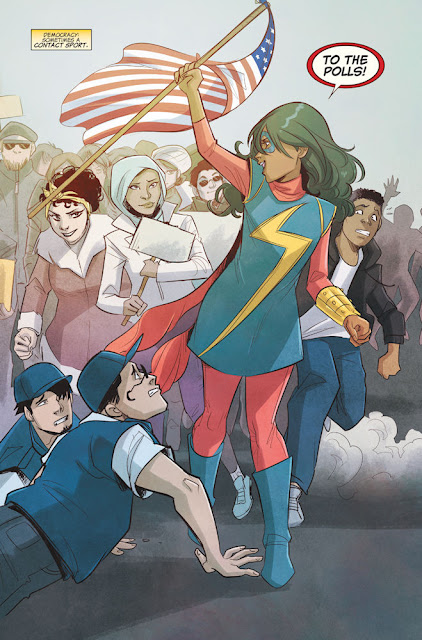