Sorry for missing you last week. I discovered that one of the books I had read won't be published until the new year so couldn't post a review quite yet.  Hopefully this WIR will make up for it. So what have I read?

I discovered Alison Littlewood's The Hidden People on NetGalley and decided it was just the diversion I needed. Set in the 1850's Albie Mirralls is devastated when he discovers that his cousin Lizzie, who he met only once years before, has been brutally murdered by her husband. Determined to seek justice for his 'fine eye'd' cousin he travels to a small village in Yorkshire to give her a proper funeral. What he discovered is mind boggling indeed. His cousin's husband was convinced his wife had been replaced by the fairies and burned her alive, hoping his wife would be returned. Traumatised by this news Albie is determined to seek justice for his cousin. What he finds is a community almost paralysed by superstition and mystery that almost destroys him.

Littlewood has a real talent. The Hidden People is one of the most well written books I have read this year. Told from Albie's POV, it is just like you are reading his diary. The prose was true to the period as was the regional language where the story was set. It was clear by the end of the novel that Albie was as much of a victim as poor Lizzie. As gripping as it was I thought that The Hidden People was a few chapters too long.  A lot happens in the first quarter and the last quarter of the story but the middle dragged just the tiniest bit for me. This could be in part that I have been reading more action packed books of late and much of the story has already happened by the time Albie comes on the scene. I also didn't warm to Albie. It suggested that he was bullied by his father and that was reason he was so enamored by his cousin but that wasn't explicit. I thought it was a bit odd how he would go to such lengths to find out what happened to his cousin and that is one of the reasons why the story seemed to drag a little bit in the middle. The ending is very good although I became totally confused in the final few paragraphs! I still vote to give it a go.


I was super douper surprised when I received an email from Ilona Andrews (well wasn't just to me) saying that they would be wrapping up the Innkeeper instalment in a week by releasing chapters every few days. What a treat! I loved the final chapters, and in fact the whole novella. I am going to hold off with the review until the e-book is available in mid-December so keep your eye out for it.


One of the other books I read over the last fortnight was An Import of Intrigue by Marshall Ryan Marseca. I reviewed this book as part of the blog tour so you can read what I thought about it here.


I would like to say I am leaving the best to last but unfortunately, one of the other books I read was a DNF. The Breedling & The City in the Garden by Kimberly Ann Bastian was just not my cup of tea when I got past the book description. I read a quarter of the story of Bartholomew but just couldn't get into his story. I also found there was a lack of maturity in the writing style so combined with the plotline it wasn't worth the investment in my time.


That is all for me this week. Wishing you a good week ahead and that you find the perfect book. 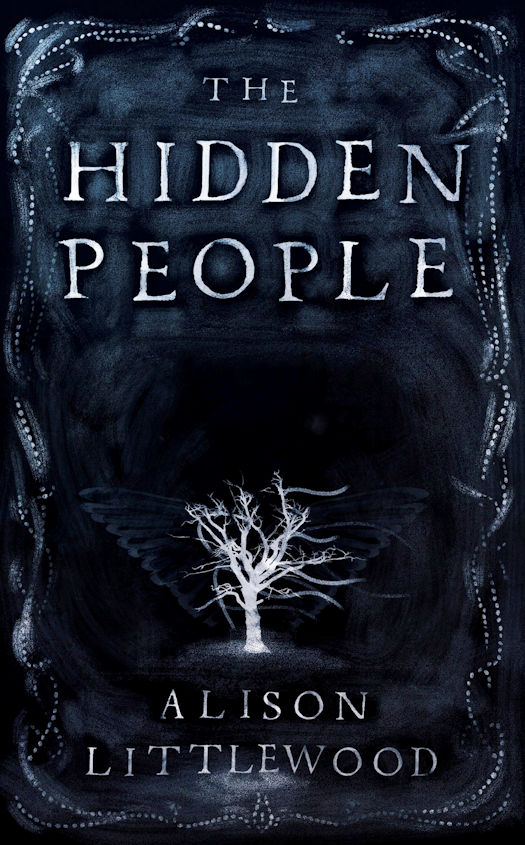 In 1851, within the grand glass arches of London's Crystal Palace, Albie Mirralls meets his cousin Lizzie for the first--and, as it turns out, last--time. His cousin is from a backward rural village, and Albie expects she will be a simple country girl, but instead he is struck by her inner beauty and by her lovely singing voice, which is beautiful beyond all reckoning. When next he hears of her, many years later, it is to hear news of her death at the hands of her husband, the village shoemaker.

Unable to countenance the rumors that surround his younger cousin's murder--apparently, her husband thought she had been replaced by one of the "fair folk" and so burned her alive--Albie becomes obsessed with bringing his young cousin's murderer to justice. With his father's blessing, as well as that of his young wife, Albie heads to the village of Halfoak to investigate his cousin's murder. When he arrives, he finds a community in the grip of superstition, nearly every member of which believes Lizzie's husband acted with the best of intentions and in the service of the village.

There, Albie begins to look into Lizzie's death and to search for her murderous husband, who has disappeared. But in a village where the rationalism and rule of science of the Industrial Revolution seem to have found little purchase, the answers to the question of what happened to Lizzie and why prove elusive. And the more he learns, the less sure he is that there aren't mysterious powers at work.