Please welcome Jack Heckel to The Qwillery. The Dark Lord was published on November 1st by Harper Voyager Impulse. Check out #darklordchat on Twitter today! 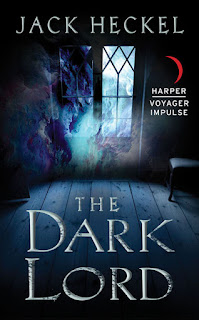 Jack Heckel is the penname for the writing team of John Peck and Harry Heckel, two friends who were college roommates, who have now become novelists. Here’s how we started.

One day, John was telling Harry about an idea that kept rattling around in his head about Prince Charming, and what would happen if he never managed to save the princess or slay the dragon. Think of the pathos of this hero who never gets to be a hero!

However, like a two-man game of telephone, Harry’s brain transformed the concept from a tragedy into a comedy. How funny would it be to tell the story of a Prince Charming who was an abject failure? How insufferable would a man be if he had always imagined himself destined to be a great hero? What about the princess? Wouldn’t she be a little miffed to miss out on her “prince charming” moment?

So, in our Charming Tales novels, humor became the platform to explore the characters and worlds of fairytale and add depth to the two-dimensional characters of the original stories. As an added bonus, we had a blast doing it. When you can get the seven dwarves to argue about the proper way to pluralize the word “dwarf,” or the three bears to wonder whether an “irony” would be delicious, it’s a good time.

So, that was how we began, but when it came time to write a new series, we turned to another of our loves: epic fantasy. How would we have fun with a genre that can be quite serious…even seriously profound:


It's like in the great stories, Mr. Frodo. The ones that really mattered. Full of darkness and danger they were. And sometimes you didn't want to know the end… because how could the end be happy? How could the world go back to the way it was when so much bad had happened? But in the end, it’s only a passing thing… this shadow. Even darkness must pass. - J. R. R. Tolkien, Lord of the Rings

The answer was, of course, to poke a little gentle fun at the tropes. So, drawing inspiration from the great fantasy satirist, Terry Pratchett, as well as other authors such as Robert Asprin and William Goldman, we set out in The Dark Lord to explore those deep thoughts and ideas so beloved by fantasy authors — what is the nature of good and evil, how do oppressors justify oppressing the oppressed, why are elves so damn good looking — and to do so with tongue firmly planted in cheek. That’s why we chose to write about a “dark lord” named Avery who, when not tyrannizing worlds, lives in a dorm room in the worst housing on Mysterium University’s campus. Plus, we enjoyed mixing in our university experiences.

Fantasy novels can be profound, but they can also be profoundly funny. It brings to mind a favorite quote, which also happens to be one of Terry Pratchett’s favorite quotes, from G. K. Chesterton, another serious humorist, “Humor can get in under the door while seriousness is still fumbling at the handle.”

Did we mention that we spent a year with a broken door knob in our dorm room and were too scared of getting billed to call maintenance?

In The Dark Lord, we force our protagonist, Avery Stewart, to confront fantasy tropes. He has to delve into dungeons, survive gelatinous polygons and endure debates about marching order on his quest for a magical artifact to defeat the new Dark Queen. More importantly, he has to hope that his fellow adventurers don’t discover that he was the Dark Lord. Oh, and if he messes up, not only might the world of Trelari be destroyed, but he definitely won’t get out of grad school.

If mixing fun and fantasy sounds enjoyable to you, please pick up The Dark Lord. We had a great time writing it and we’d love to share. You can also find us at www.jackheckel.com. 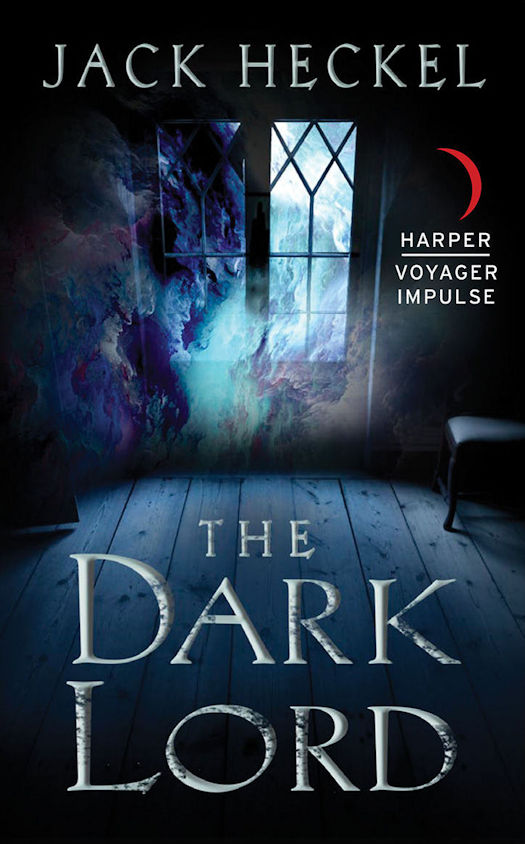 In this hilarious parody of epic fantasy, a young man travels into a dark and magical world, where dwarves, elves, and sorcerers dwell, to restore the balance between good and evil

After spending years as an undercover, evil wizard in the enchanted world of Trelari, Avery hangs up the cloak he wore as the Dark Lord and returns to his studies at Mysterium University.

On the day of his homecoming, Avery drunkenly confides in a beautiful stranger, telling her everything about his travels. When Avery awakens, hungover and confused, he discovers that his worst nightmare has come true: the mysterious girl has gone to Trelari to rule as a Dark Queen.

Avery must travel back to the bewitched land and liberate the magical creatures . . . but in order to do so, he has to join forces with the very people who fought him as the Dark Lord.

Jack Heckel’s life is an open book. Actually, it’s the book you are in all hope holding right now (and if you are not holding it, he would like to tell you it can be purchased from any of your finest purveyors of the written word). He is the author of the Charming Tales series and The Dark Lord. Beyond that, Jack aspires to be either a witty, urbane, world traveler who lives on his vintage yacht, The Clever Double Entendre, or a geographically illiterate professor of literature who spends his non-writing time restoring an 18th century lighthouse off a remote part of the Vermont coastline. More than anything, Jack lives for his readers. 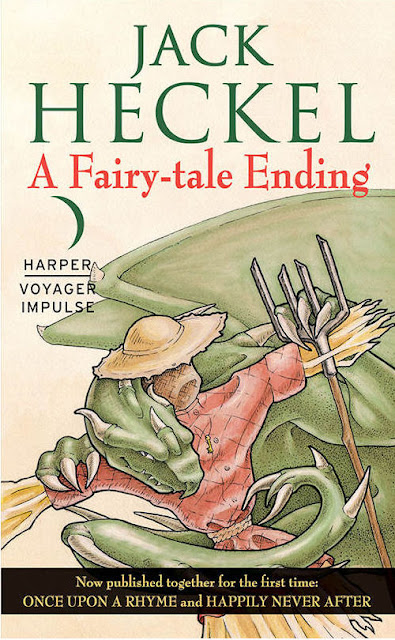 Collected for the first time, A Fairy-tale Ending comprises two volumes of Jack Heckel's Charming Tales: Once Upon a Rhyme and Happily Never After

Prince Charming had one destiny: to slay the dragon and save the princess. Both have been achieved, except there's a problem: Charming had nothing to do with either. A farmer named Will Pickett succeeded where royalty had failed—and this simply will not stand.

Thus begins an epic adventure that has Prince Charming and Will Pickett vying with each other for the throne by challenging trolls, outwitting scoundrels, and facing all manner of fairy-tale creatures. All the while a dark sorcery envelops Castle White, and Will's sister Liz and her friend Lady Rapunzel uncover a threat to the kingdom. The fate of Royaume hangs in the balance as Charming tries to salvage his reputation, and the clock is ticking… 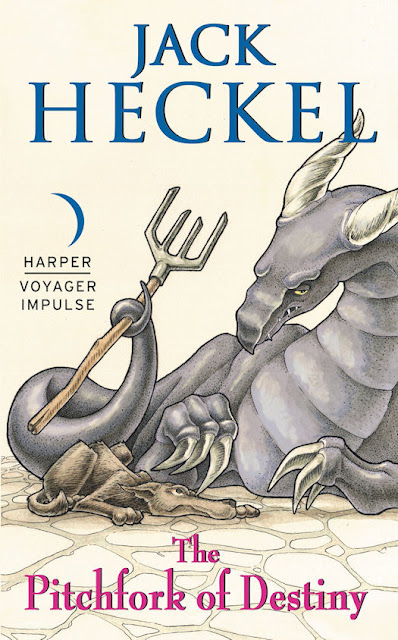 Life in the Kingdom of Royaume has been happily ever for King William Pickett and his fiancée, Lady Rapunzel. But when Volthraxus, the Great Dragon of the North, returns looking for the love of his life, the Great Wyrm of the South, it becomes clear that some fairy tales never end.

After Volthraxus discovers his love was slain by the newly crowned king, he seeks his revenge by kidnapping Rapunzel. Once again, Will teams up with Edward Charming, the only man in all the kingdom with the skill, ego, and dashing good looks to fight a dragon. Our heroes’ fates depend on finding a weapon re-forged in dragon blood—the Pitchfork of Destiny.

But as the two set off after the dragon, Charming’s bride, Lady Elizabeth, falls into the clutches of a mysterious sorcerer known as the Dracomancer, who has his own plans for Royaume.