Guest Blog by Jennifer Brozek - The Perfect Line in the Sand


Please welcome Jennifer Brozek to The Qwillery. The Last Days of Salton Academy was published in October 2016 by Ragnarok Publications. 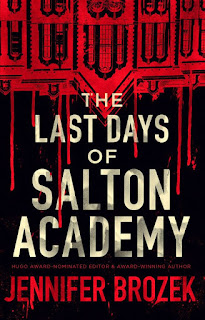 The Perfect Line in the Sand
Jennifer Brozek

I used to wonder why anyone would like zombie books and movies. Zombies are too gooey, messy, and gory for my literary/visual tastes. I tend to avoid zombie-based entertainment, especially when they focus on the beginning when everyone is alive and being snacked upon like popcorn.

That’s it. Everything else is detail.

What attracts me to a zombie story are the survivors. Where zombies are a line in the sand, the survivors and their actions are nothing but shades of grey. The moral compass of society is mutable, malleable, and flexible in ways it could never be in a civilized world without an unrelenting monster.

It’s this conflict of the hard line monster clashing against the morals of a civilized society that intrigues me as a creator and consumer of media. Most of the time, when I read a zombie book or watch zombie TV or movies, I tend to skip over the gory parts and focus in on the character interactions. Agonize with the characters over the choices they are forced to make. Agree or disagree with them, then watch the fallout of their actions.

When I write about them, zombies are the everyman and the nobody rolled up in one. They are moving scenery that bleeds and kills. Just a bit more mobile and flexible. The best thing about them is that they can be killed. That option allows heroes to be heroic and survivors to survive.

Zombies are now part of our collective unconsciousness of fears. Like all of the classic monsters—vampires, werewolves, mummies, ghosts, sorcerers, cryptids—they will remain in the cycle, waxing and waning as the fickle mainstream audience allows. They will stay in the cycle because they bring something to the table that no other monster does: the hard line in the sand. Fast or slow, zombies cannot be, and will not be, reasoned with.

I don’t think I’d have it any other way. 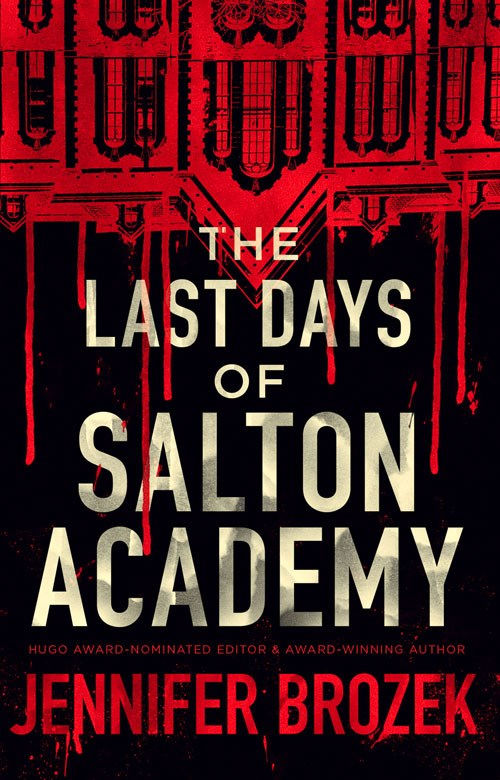 “The Last Days of Salton Academy is a dark, twisted rollercoaster of a book. Jennifer Brozek knocks it out of the park.”
— Stephen Blackmoore, author of City of the Lost and Broken Souls

It's referred to as 'The Outbreak,' and it happened just over three months ago, casting the world (or at least this part of it) into a state of powerlessness and chaos. The Salton Academy has become a rare sanctuary for those few students who remained behind over fall break.

As winter approaches, cracks are revealed in the academy's foundations as it's discovered someone is stealing food, another is taking advantage of a captive audience, and yet others have banded together and are thinking about mutiny, even murder. One thing's for certain — a supply run must be made soon, or everyone will starve before winter's end.

Oh yes, and then there’s the matter of the headmaster’s son and his undead dog…

The Last Days of Salton Academy is a classic tale of horror in the spirit of Night of the Living Dead meets Lord of the Flies, featuring an ensemble cast and written by Hugo Award-nominated editor and award-winning author, Jennifer Brozek. 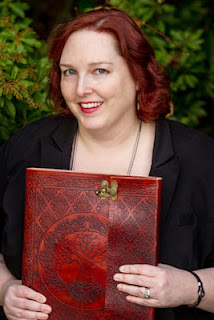 Jennifer Brozek is a Hugo Award-nominated editor and an award-winning author. Winner of the Australian Shadows Award for best edited publication, Jennifer has edited fifteen anthologies with more on the way, including the acclaimed Chicks Dig Gaming and Shattered Shields anthologies. Author of Apocalypse Girl Dreaming, Industry Talk, the Karen Wilson Chronicles, and the Melissa Allen series, she has more than sixty published short stories, and is the Creative Director of Apocalypse Ink Productions.