Interview with K.B. Wagers, author of Behind the Throne


Please welcome K.B. Wagers to The Qwillery as part of the 2016 Debut Author Challenge Interviews. Behind the Throne , the first novel in the Indranan War series, was published on August 2nd by Orbit. 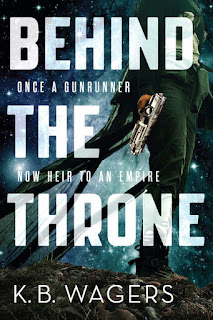 K.B.: Thanks! *settles into a chair* I’ve been writing for basically my whole life. Somewhere there’s a reimagining of Romeo and Juliet in crayon. (Don’t ask, I’m still not sure how I knew about R&J when I was still using crayons.) I write because I have to or I’ll go mad.

K.B.: Hybrid, definitely. I plot a bit, then throw it at my characters and see how they react. Sometimes I can predict the reactions, other times I get caught off guard. *laughs* That’s always fun.

K.B.: Coherence. My brain runs a million miles a second, and sometimes the leaps it takes don’t end up on the page. Thankfully I have a lot of people checking me and making me explain the stuff I think everyone knows.

K.B.: *whistles* How much time do we have? I was blessed with parents who encouraged my love of reading, so I started young and I’ve read a lot: classics and romance, westerns and science fiction. Same for movies and music. I find influences for my work in everything, from things as simple as a photography to a detailed fan description of just how improbable Steve Rogers’s running route is at the beginning of The Winter Soldier. It’s really just a grab bag of epic chaos in my brain.

TQ:  Describe Behind the Throne in 140 characters or less.

K.B.: A gunrunner is dragged back home to rule an empire, only to find becoming empress is far more dangerous than the life she left behind.

TQ:  Tell us something about Behind the Throne that is not found in the book description.

K.B.: I wrote a lot of scenes that happened outside of Hail’s POV. Obviously because the book is from her eyes I didn’t get to include any of those, but it was helpful to set down the motivations for some of the other characters.

TQ:  What inspired you to write Behind the Throne? What appeals to you about writing SF?

K.B.: A Christmas tree ornament. *laughs* No, seriously. This whole book started when I was laying on my couch at Christmas time and spotted a tatted ornament my grandmother had made. My brain exploded with the opening scene of the book and the design of the ornament is the tattoo found on Emmory’s cheek.

TQ:  What sort of research did you do for Behind the Throne?

K.B.: I tend to research on the fly as things come up. For this project there was a lot of language research, information about matriarchal societies, Hindu culture and fashion, the effects of colonialism on India’s military and government. Poisons and execution methods. Also faster-than-light travel and a number of astronomical topics.

TQ:  In Behind the Throne who was the easiest character to write and why? The hardest and why?

K.B.: Hail would be the obvious answer because we’re in her head the whole time, but actually Emmory and Zin were nearly as easy to write, if not slightly more so. I love all three of them, and as characters go, they’ve been very cooperative.

Hail’s mother was really difficult to write. There was an awful lot of baggage to unpack between those two, and the circumstances didn’t help matters. It took a couple of tries to find the woman behind the empress mask.

TQ:  Who would shoot first - Hail Bristol or Han Solo?

K.B.: Watch as I think way too hard about a silly question. This is how my brain works. *laughs* I think that it would depend on the circumstances, but Han is probably more impulsive than Hail is. She’s very controlled, even when it doesn’t seem like it. Hail tends to think things through very carefully (just at lightning speed) and plays through all the angles before making a decision. But she’s good at reading people, so if she’s convinced the other person is going to fire, she’ll shoot first.

K.B.: It wasn’t a deliberate choice, the story more just evolved into what it is today. You can’t really write a book about people without including some of the issues that they deal with on a regular basis — and let’s be honest, none of us is writing in a vacuum. Things happen in the world that, consciously or not, influence what we choose to write.

I didn’t want to make the matriarchy of Behind the Throne super overpowering or “evil” in any sense, though it may seem that way at times during the story. Rather, I tried to flip things that happen to women pretty frequently around the world today and asked myself what would happen if over the years a society had evolved where men were treated that way instead?

It’s not the crux of the story, obviously, so I don’t feel like I set out to discuss that issue specifically. Hail provides the reader with a view of someone who grew up in that society but then left home and spent her adulthood in an environment that was definitely more male-skewed.

TQ:  Which question about Behind the Throne do you wish someone would ask? Ask it and answer it!

What’s your working relationship with your characters like? Do you let them drive the plot, or do you drive the plot and just put us in their heads as they’re swept along?

Little of column A, little of column B. *laughs* Admittedly the characters in this particular novel have been super cooperative. I’ve written some earlier ones where they just did whatever they wanted. In the end, really, I think it speaks to growth as a writer to find a balance where you “let” the characters tell their story while maintaining control of the overall plot for your novel and/or series.

TQ:  Give us one or two of your favorite non-spoilery quotes from Behind the Throne.

K.B.: My favorite is the one that made it on the back cover, because it’s Hail and Emmory’s relationship in a sentence. *laughs* But another great one come from Zin:

“Sergeant Hoff is living every soldier’s nightmare of going to war in his underwear so we can hide you in plain sight.”

K.B.: *rubs hands* Oh well, we’ve got two more books in the Indranan War series. After the Crown releases in December 2016 and then Book #3 will be out in 2017. When we’re done with that I have a closetful of ideas. It’s really just a matter of what I can talk my agent and editor into. *grins and winks* 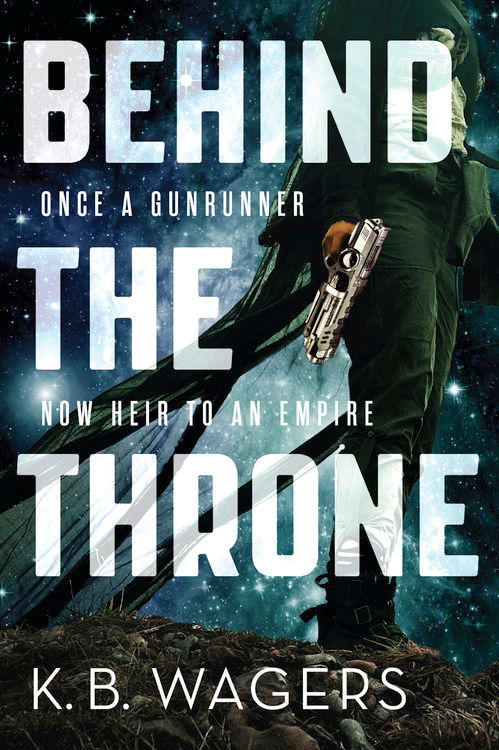 Hail Bristol has made a name for herself in the galaxy for everything except what she was born to do: rule the Indranan Empire.

When she is dragged back to her home planet to take her rightful place as the only remaining heir, she finds that trading her ship for a palace is her most dangerous move yet. 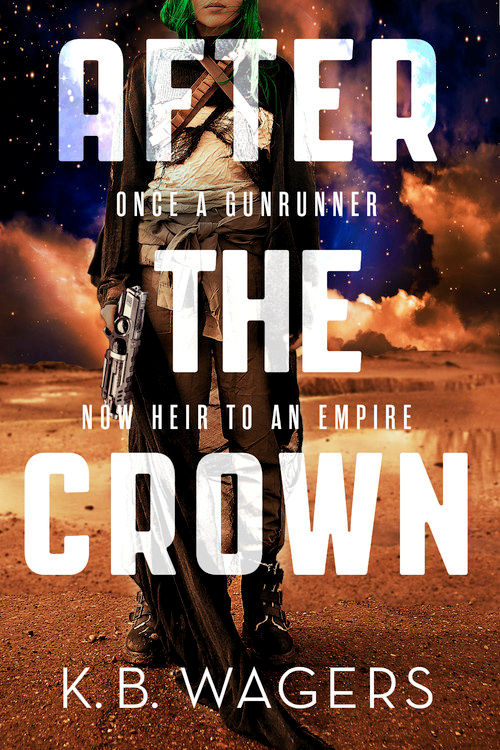 The adrenaline-fueled, Star Wars-style sequel to Behind the Throne, a new space adventure series from author K.B. Wagers.

Former gunrunner-turned-Empress Hail Bristol was dragged back to her home planet to fill her rightful position in the palace. With her sisters and parents murdered, the Indranan empire is on the brink of war. Hail must quickly make alliances with nearby worlds if she has any hope of surviving her rule.

When peace talks turn violent and Hail realizes she's been betrayed, she must rely on her old gunrunning ways to get out of trouble. With help from an old boss and some surprising new allies, she must risk everything to save her world.

K.B. Wagers has a bachelor's degree in Russian Studies and her non-fiction writing has earned her two Air Force Space Command media contest awards. A native of Colorado, she lives at the base of the Rocky Mountains with her husband and son. In between books, she can be found playing in the mud, running on trails, dancing to music, and scribbling on spare bits of paper.