Interview with Will Storr, author of The Hunger and the Howling of Killian Lone & Giveaway - April 27, 2014


Please welcome Will Storr to The Qwillery as part of the 2014 Debut Author Challenge Interviews. The Hunter and the Howling of Killian Lone was published on March 11, 2014 by Atria Books/Marble Arch Press. 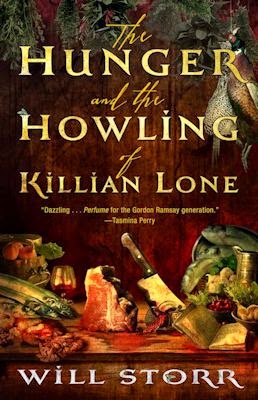 Will:  I started writing my first novel when I was about 12, which is a bit ridiculous. It was called 'Epiphany' and it was a re-telling of the birth of Jesus, except Mary had had an affair and was telling Joseph it was God that made her pregnant. I think, fairly obviously, I was doing that to shock my long-suffering Catholic parents. But I always used to enjoy telling stories - making up tales about witches that lived in the local woods and scaring my little sister. I gave her and her friends guided tours, telling them where they lived etc. I don't know why I did this.

Will:  As in a fly-by-the-seat-of-your?? Ha ha, that's a good question. I sat on a panel with a load of authors recently and every single one gave it the 'I just create characters and see where they take me' routine. It's very fashionable to say that. But do they really? I mean, if they were really doing that - and they weren't also constructing plot - wouldn't their fiction just end up like real life, with people just muddling along as best they can for 80 years? There are many books that read like that, I suppose, but my ambition with my fiction is to immerse the reader in compelling worlds, and if I'm to achieve that I have to do some thinking about story. Story is nothing to be ashamed of. Plot is just as much art as painting or ballet. So the answer is, a bit of both. I think up a general arc and think 'who are the people that populate this story'? And then I think about these people and what they mean to each other. But the problem is, the more real they become, the more they exert their own will on the story. Which means the story changes. And so on...

TQ:  What is the most challenging thing for you about writing? How has being a journalist influenced (or not) your fiction writing?

Will:  I think the journalism created a specific problem and that is that the journalist tells readers things. I'm so completely immersed in that form that, for a long time, I struggled with the basic concept of show-not-tell. What were the rules? What were you allowed to tell? What did you have to show? I couldn't work it out. It took a long time to get my own feel for it all because I had to unlearn lots of lessons about writing. I think fiction actually benefitted my journalism more than the other way around, because it added a bit of complexity and sub-text to it.

The benefit of my journalism is that I often write long-form pieces about the kinds of characters you might find in fiction. This month, for example, I'm writing two stories - one about a former drug addict who escaped his dead-end town and made his riches in London as a gay escort; the other about an engineer whose business went under and ended up becoming one of Britain's biggest cannabis growers. Being able to interview these people for several hours and really find out how they think and why they behaved as they did is a real gift.

Will:  John Fante, as mentioned above. I wanted Killian Lone to read like a Roald Dahl children's book for grown-ups, so he was very much on my mind. One book that was a big influence on the way I wrote it was Kate Grenville's The Idea of Perfection. I loved the way she wove the internal monologues of her characters into the prose. There's a book called Happy Like Murderers by Gordon Burn that does a similar thing - it's a very literary non-fiction book about two serial killers.

TQ:  Describe The Hunger and the Howling of Killian Lone in 140 characters or less.

Will:  An adult fairy tale in which an ambitious, troubled young chef discovers a magical secret that could give him everything he wants.

TQ:  Tell us something about The Hunger and the Howling of Killian Lone that is not in the book description.

Will:  Well, a few readers have said they found the book 'nauseating'. We're not going to put that in the book description!

TQ:  The Hunger and the Howling of Killian Lone combines different genre "ingredients"? How would you describe the genre mix?

Will:  That's hard, because you don't really think about the book in terms of genre. I just wanted to write a good old fashioned story, but one that hopefully had a bit of depth and complexity too.

TQ:  What sort of research did you do for The Hunger and the Howling of Killian Lone?

Will:  Apart from the obvious reading, I did two sets of shifts in fine dining kitchens. The first was in Sydney, the second London. They were incredibly tough, but amazing. It was the combination of struggle and art that was really intoxicating. They start at 7am with boxes of animal parts and dirty veg and a few hours later they have perfection. The power dynamic was fascinating too. The head chef can be the biggest bastard you've ever met, but all the cooks would do anything to please them.

TQ:  Who was the easiest character to write and why? The hardest and why? Who is your favorite good 'guy', bad 'guy' or ethically ambiguous character?

Will:  None of them were easy. In fact I'd guess that the ones that felt 'easiest' are probably the least successful. The hardest was Max Mann, the bullying head chef. The reality of head chefs is that, when they're in the kitchen, they just shout a lot and are scary. Recreate that in fiction and you have a classic two dimensional character. But that's what they are! They make themselves two dimensional characters. In fact, Killian's seeing Max as an unreal two dimensional person is at the core of the book. It's part of what drives Killian's behaviour. So that was the hardest thing.

I actually think one of my favourite ethically dubious character is from TV - Omar from The Wire. I wasn't actually a huge fan of that show, but I rooted for Omar. I was talking about this to a writer friend and trying to understand why I rooted for Omar - who is a killer - but felt nothing at all for the lead characters. He made the brilliant observation that Omar is the only person motivated by love. (He was avenging the death of a lover.)

TQ:   Give us one or two of your favorite lines from The Hunger and the Howling of Killian Lone.

Will:  This might sound silly, but to me the most important line in the book is the quote from the painter Edvard Munch at the beginning. "I felt like a boat built out of hopeless material, of rotten old wood, launched by the shipbuilder onto the stormy sea of life with the words: 'If you sink it will be your own fault, and you will burn in hell for you failure, burn forever in the eternal flames'."

That's the entire book, right there. When people do things that are bad, it's because they're broken somehow. Evil is never a conscious choice. It doesn't emerge from a vacuum. There are always reasons, always a path to evil that is in some way helpless. The book is an attempt at showing someone on that path.

Will:  I'm trying to write a thriller that's not a thriller. I've given myself lots of rules - no chase scenes, no explosions, no prison breaks etc. I want the relationships between the characters to be at least as much a driver as what's going on in the world around them. It's still in its very early stages. I'm not sure if it's going to work yet. 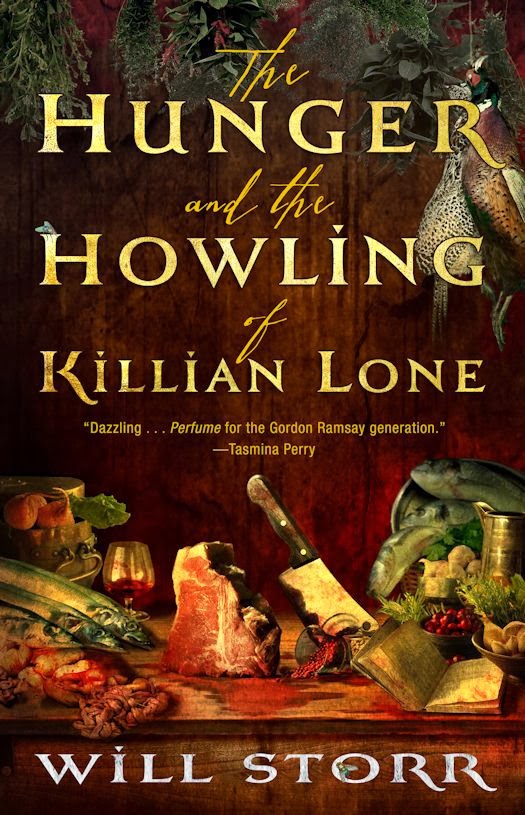 Killian Lone comes from a long line of gifted cooks, stretching back to the seven­teenth century, and yearns to become a famous chef himself. When he starts an apprenticeship under Max Mann, the most famous chef in London, he looks set to continue the family tradition. But the reality of kitchen life is brutal. Even his fellow apprentice, Kathryn, who shows Killian uncharacteristic kindness, can’t stop his being sucked into the vicious, debauched world of 1980s fine dining, and gradually he is forced to surrender his dream.

Then he discovers a dark family secret—the legacy of an ancestor who was burnt as a witch for creating food so delicious it was said to turn all who tasted it mad. Killian knows he can use this secret to achieve his ambitions and maybe, finally, to win Kathryn’s affections. But is he willing to pay the price?

This is Killian’s confession—a strange tragedy about love, ambition and incredible food . . .

Will Storr is a journalist, novelist, and photographer. His features have appeared in numerous newspapers, including The Guardian, The Times (London), and The Observer (London). He has been named New Journalist of the Year and Feature Writer of the Year. The Hunger and the Howling of Killian Lone is his first novel.

What:  One entrant will win a Trade Paperback copy of The Hunger and the Howling of Killian Lone by Will Storr from The Qwillery.

Who and When:  The giveaway is open to all humans on the planet earth with a mailing address. Giveaway ends at 11:59PM US Eastern Time on May 6, 2014. Void where prohibited by law. No purchase necessary. You must be 18 years old or older to enter.

Labels: 2014 DAC, 2014 DAC Interview, 2014 Debut Author Challenge, giveaway, The Hunger and the Howling of Killian Lone, Will Storr
Email ThisBlogThis!Share to TwitterShare to FacebookShare to Pinterest