Please welcome Chris Beckett to The Qwillery. Dark Eden is out today in the US. Please join The Qwillery in wishing Chris a Happy Publication Day! 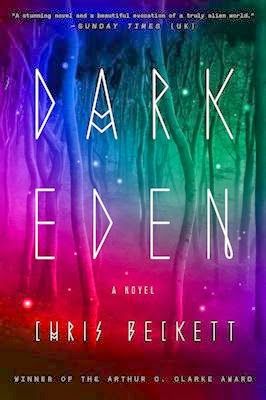 
Thinking about where I first got the idea for the sunless planet Eden, I eventually concluded that I probably got it from my computer screen! The first time I wrote about Eden was in a short story called The Circle of Stones, which was published in 1992. This was back in the stone age of home computers, and I owned an Amstrad word processor whose display consisted of glowing green letters on a black screen. Eden, with its black sky and glowing trees, is an inversion of Earth, in much the same way as my Amstrad screen was an inversion of normal printed text.

Anyway, whether I got the idea from there or not, it caught my imagination. I couldn’t see why there couldn’t be planets in space that did not orbit stars, and I couldn’t see why life couldn’t evolve on such a planet, given that planets can have their own hot cores, and don’t necessarily get all their heat from the sun. The more I thought about this, the more it made sense to me. I learned that so-called rogue planets do indeed exist. And I found out more about life-forms on Earth that are powered by geothermal energy rather than sunlight. (‘Imagine a world of perpetual night, a world where life thrives without sunlight,’ begins this video from the Smithsonian Institute about the complex ecosystems round deep sea volcanic vents). I found out too that there were lakes under the ice of Antarctica - the most famous is Lake Vostok – which are kept liquid by the heat from below. It seemed to me that life could as well emerge in such a place as any other, and could evolve to use geothermal heat to melt the ice around it and so extend its range. After all, Earth as we know it – its atmosphere, the composition of its oceans, even its rocks and mineral deposits – is itself a planet transformed and shaped by the action of living organisms.

So I was convinced that a sunless planet with a warm atmosphere and an abundance of life was, at the very least, plausible. But that alone wouldn’t have convinced me that this would make a good setting for a book. What makes for an absorbing book is resonances and layers. I wanted the reader to enjoy thinking, as I do, about the possibilities of sunless life, but I didn’t just want to write a tourist guide to an exotic location. What really sold the idea to me, though, was that its rich metaphorical possibilities, and the way it could be connected with the ancient legend of the Fall, the expulsion from Eden. I inverted this story in Dark Eden – the people here have been exiled to Eden and not from it – but I retained the idea of humanity being cut off forever from its original home as a result of an act of transgression. And what could more powerfully express their continuing sense of loss than having to live in a perpetual night? 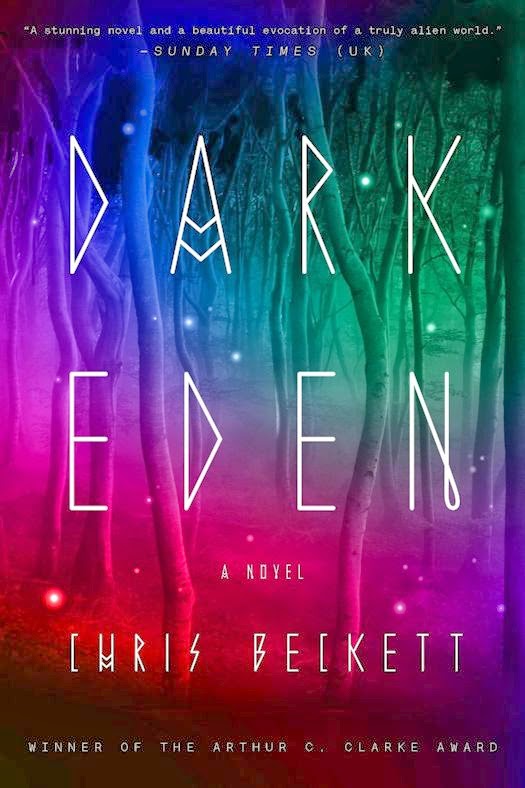 On the alien, sunless planet they call Eden, the 532 members of the Family take shelter beneath the light and warmth of the Forest’s lantern trees. Beyond the Forest lie the mountains of the Snowy Dark and a cold so bitter and a night so profound that no man has ever crossed it.

The Oldest among the Family recount legends of a world where light came from the sky, where men and women made boats that could cross the stars. These ships brought us here, the Oldest say—and the Family must only wait for the travelers to return.

But young John Redlantern will break the laws of Eden, shatter the Family and change history. He will abandon the old ways, venture into the Dark...and discover the truth about their world.

Already remarkably acclaimed in the United Kingdom, Dark Eden is science fiction as literature: part parable, part powerful coming-of-age story, set in a truly original alien world of dark, sinister beauty and rendered in prose that is at once strikingly simple and stunningly inventive. 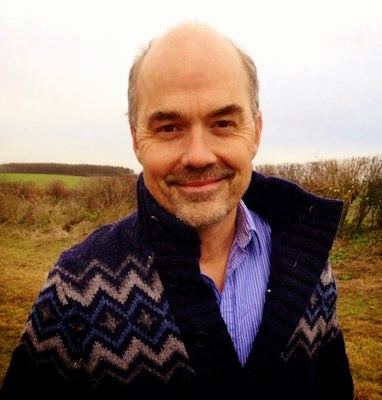 CHRIS BECKETT is a university lecturer living in Cambridge, England. His short stories have appeared in such publications as Interzone and Asimov’s Science Fiction and in numerous “year’s best” anthologies. In addition to the Arthur C. Clarke award for Dark Eden, he won the Edge Hill Prize, the UK’s premier award for short story collections, for his collection the Turing Test.