Please welcome author Suzanne Church to The Qwillery. Elements, Suzanne's upcoming collection, will be published on April 30, 2014 by EDGE. 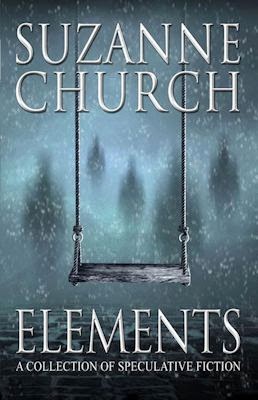 Suzanne:  I've always imagined characters, plots, and settings in my head. Many of the ideas stuck around, clogging my brain, so I decided to write them down.

I began honing my fiction and submitting to markets after taking a writing workshop taught by Ann C. Cripsin at DragonCon in 2000. She taught me the basics of plot, character, and setting. I used her tools to bring the cast of characters in my head to life.

Suzanne:  I'm a little of both, actually. When I write short fiction I'm a pantser, often starting with one word, one idea, or one character. The story tends to evolve organically from there, sometimes after several massive-overhaul rewrites.

When I first started writing novels I tried the pantser approach, usually as part of my yearly participation in NaNoWriMo. Later, during the editing process for those first drafts I learned that the end result required too much of an overhaul. Now I plan out novels in more detail, using checklists and workbooks to guide me through the process.

Suzanne:  The daily routine of getting words on paper.

Pretty much every writing book or course will extol the virtues of writing every day. That's a tough gig for me, especially when my kids are around. I tend to work on one (or two or three) projects in clusters and then set the work on the backburner while I mull over the ideas.

As a compromise, I make sure to write at least 100 words before I call it a day, but allow myself the freedom to write practice words that aren't part of my current project.

So even though I'm not hitting the final word counts that would make me feel more productive every day, I'm always creating, even if it's more thinking than writing.

Suzanne:  Elements includes several Science Fiction stories, a few Fantasy stories, and plenty of Horror stories. The subgenres include one steampunk story, one myth retelling, one cyberpunk trip, and some magic realism tales. I've always believed in ghosts and souls so they tend to pop up in much of my work.

As for inspiration, the majority of stories in Elements have hints of my personal experiences--places I grew up, people that influenced me, and couches I've owned.

The last story in the book was inspired by the artwork for the cover of Elements. I remember when Brian Hades the publisher at EDGE Science Fiction and Fantasy Publishing sent me the artwork, I immediately told him I loved the cover. Then I asked if he'd be interested in including a story inspired by Neil Jackson's awesome cover art. Within a month we added "Soul-Hungry" to the book.

On my website, I've posted a story behind each story in Elements, including some photos of people and places that inspired the tales.

TQ:  In the stories in Elements who was the character who was the most difficult to write and why? The easiest and why? Which character surprised you the most?

Suzanne:  The most difficult character for me to write was Prime Minister Tecmessa in "The Flower Gathering." She's in charge of the colony on Titan but she's also a mother. Like mothers everywhere, she struggles to balance work and family. When she's faced with one of the most difficult events a mother can experience, I wanted to be sure to live in her head, feeling the emotions she was feeling; we moms have to stick together after all. When I was writing some of those scenes I'd either cry or get so emotional I'd have to take a break. And because the story is so long (almost 11,000 words) it took ages to edit it to a version that I was happy with.

The easiest character was probably Tank Lazier from "Everyone Needs a Couch." He's a writer and a loser and pretty much nothing goes his way. I've walked enough miles in Tanker's shoes that I can slip into his head pretty easily, as well as into the head of his ex-girlfriend Lorna, who tells their story from her point of view in "Waste Management."

The character that surprised me the most was probably Wanda in "Storm Child," which is ironic considering the story is a myth retelling and the base plotline came from a folktale. Probably what surprised me was how quickly Wanda evolved from the original Rwandan story. Wanda, Tom and Miseke--their farm, their lives, their history-- simply popped into my head one afternoon when I sat down to write the first draft. The final version is pretty similar to that first draft.

TQ:  In your biography, you mention that you're annual volunteer job as a reporter for the Daily Dragon. What draws you to DragonCon?

Suzanne:  As I explained above, I took my first writing workshop at DragonCon in 2000. Almost all of the participants in that workshop are still active members of my DC2K Writing group and they continue to inspire me, motivate me, and critique my work. Many of us volunteer each year as writers and copyeditors of The Daily Dragon, the official newspaper of DragonCon. Our editor, Eugie Foster, also took the 2000 workshop and her career has been so amazing since then, including winning the Nebula in 2009 for her Novelette "Sinner, Baker, Fabulist, Priest; Red Mask, Black Mask, Gentleman, Beast."

The best part of the convention--the reason I'm so eager to return year after year--is to chill with my writing group friends and catch up on all of our projects from the past year. To me, it feels like a family reunion. Plus, the costumes at DragonCon are as plentiful as they are breathtaking.

Suzanne:  It seems like I'm always working on one piece of fiction or another.

I'm shopping a couple of novels, both in the Young Adult Fantasy category. Since I'm fairly new to the novel format, I feel as though I have more to learn about crafting and marketing that length. On the other hand, I'm enthusiastic about my prospects, especially after receiving a couple of grants to work on one of the books.

I'll also continue to write short fiction because it's fun to write and I enjoy the thrill of having new work published every year. 2014 is a great time to be writing short fiction, especially when publishers like EDGE SF& F continue to produce so many quality anthologies

Suzanne:  Thanks for having me. I enjoyed answering these insightful questions. 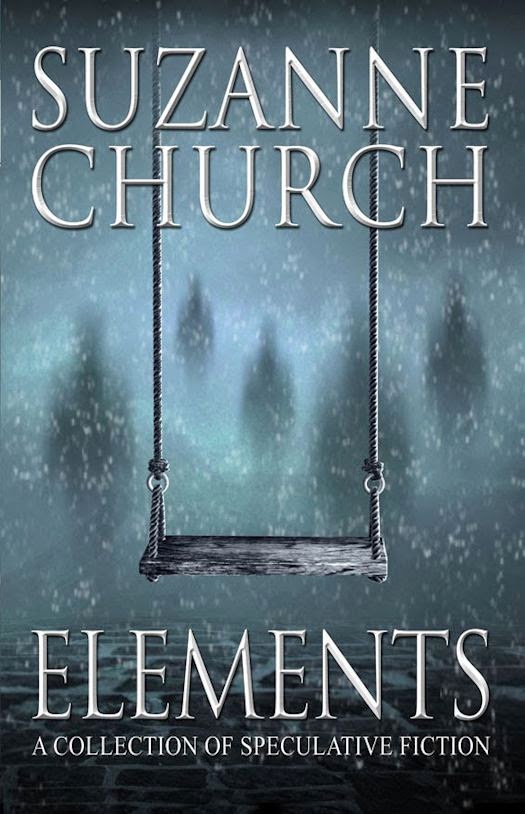 Award winning author Suzanne Church’s cast of distinct characters asks “What if?” in this collection of science fiction, fantasy, and horror short fiction.

Can humanity survive an ice age? Will the storm man steal Wanda’s baby? When will Bob and Sebbee escape the relentless march of the Lost Circle? What is the cause of the taint in Faya’s courted ice? If you can’t escape hell, can you at least afford a trip on a teleporting couch?

Church infuses emotion into every tale. Whether quirky or horrific, the prose deftly snatches the reader onto a whirlwind expedition of laughter and sorrow. 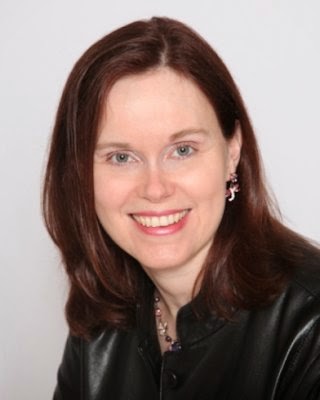 Suzanne Church juggles her time between throwing her characters to the lions and chillin’ like a villain with her two sons. She writes Science Fiction, Fantasy, and Horror because she enjoys them all and hates to play favorites. Her award-winning fiction has appeared in Clarkesworld, Cicada and On Spec, and in several anthologies including Urban Green Man and When the Hero Comes Home 2. Her book ELEMENTS: A Collection of Speculative Fiction is available at bookstores (April 1 in Canada and April 30 in the US) and Amazon from EDGE Science Fiction and Fantasy Publishing.