Release Day Review: The Wicked We Have Done by Sarah Harian 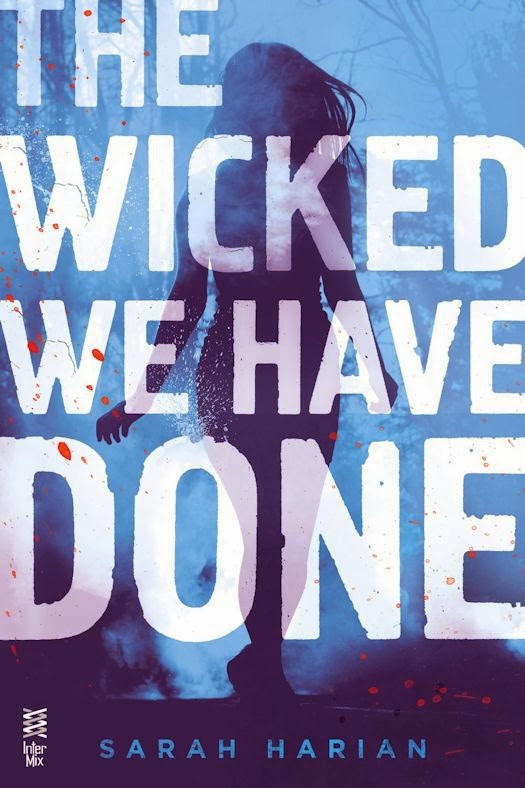 Darkly suspenseful and completely unexpected, The Wicked We Have Done is a debut author’s thrilling new take on New Adult romance.

Twenty-two-year-old Evalyn Ibarra never expected to be an accused killer and experimental prison test subject. A year ago, she was a normal college student. Now she’s been sentenced to a month in the compass room—an advanced prison obstacle course designed by the government to execute justice.

If she survives, the world will know she’s innocent.

Locked up with nine notorious and potentially psychotic criminals, Evalyn must fight the prison and dismantle her past to stay alive. But the system prized for accuracy appears to be killing at random.

She doesn’t plan on making friends.

She doesn’t plan on falling in love, either.

The Wicked We Have Done is a first in two respects - it is Sarah Harian's first novel and the first in her Chaos Theory series. This novel introduces us to Evalyn who has been incarcerated for killing her best friend and several other people in a massacre at her college. Evalyn has volunteered to take part in a pioneering experiment - The Compass Room which will judge her morality in a series of tests. The Compass Room or CR as it is referred to throughout the book will monitor each prisoner's brain waves while they are subjected to simulated events from their crime and judge whether they are morally corrupt. If their reactions tip them into the sociopathic, murderer range then they will be executed in any manner of horrific way. There is always the slim chance the CR will judge them to be guilt fee and they will be released and free from prison. Evalyn doesn't think she has anything to lose and along with several other teenage criminals she embarks on a month long test of to prove her innocence, even though she doesn't believe she is innocent. It doesn't take long for the horror to start or for Evalyn to suspect that the Compass Room isn't working properly and murdering the innocent, as well as, the guilty. Its only a matter or time before Evalyn's past comes to haunt her in a very real way and its a fight to the death for survival for both Evalyn and her fellow inmates.

This book reminded me a bit of a mash up of The Running Man and The Hunger Games with emphasis on the latter - teenagers fighting for survival in a simulated wilderness. However, in this novel the main characters have all been convicted of quite chilling crimes and are not the innocent victims in The Hunger Games. As the novel progresses and as Evalyn is tested in the Compass Room we get to find out the events preceding and following her arrest through POV chapters. We don't get the same level of detail with the other characters and only find out how they ended up in jail through their 'trigger' events in the Compass Room or from when they confess to Evalyn. I liked the fact that Harian didn't have completely innocent characters and the title of this book is really sums up the lead characters' stories. While they aren't innocent of murder there are circumstances that led them to kill which chips away at their public personas as heartless murderers.

There are several teenagers that join Evalyn in the Compass Room but the story focuses mainly on a core of four including Evalyn, Casey - her love interest, Valerie, and Jace.  Evalyn and Casey started out disliking each other but it didn't take long for the romance to bloom in amongst the killing and fleeing for their lives. This was a relatively short book (under 300 pages) so its only a few days between Casey hating Evalyn to Casey wanting to jump in Evalyn's pants. I thought the story would have been just as good (perhaps better) without having the romance or without it happening so early. I had a bit of a love/hate with Evalyn as a character. I don't think you can be a kindhearted killer.  I thought this story suffered a bit from similarities to other stories and I am at a loss to think of what Harian is going to do next with these characters. Having said that, I am still looking forward to finding out where Harian takes Evalyn next.