Please welcome Scott Meyer to The Qwillery as part of the 2014 Debut Author Challenge Interviews. Off to Be the Wizard, Scott's debut, was published by 47North on March 18th. 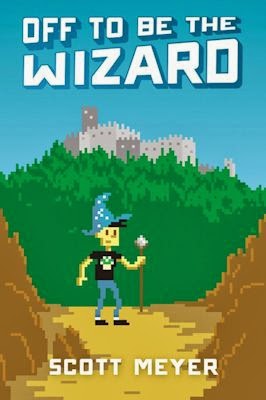 Scott:  Like many people, I first started writing creatively in high school. I knew early on that I wanted to try writing a novel someday, but for many years I channeled my energy into writing projects that were helping me pay the bills – stand-up comedy material and comic strips, mostly.

Scott:  I’m very much a plotter. Off to Be the Wizard is the first novel I’ve completed, but it’s the third I’ve attempted. The first two times I tried to write via the pantser method and I found it impossible. I can’t go for a long drive unless I know the general route in advance, and it seems I can’t manage a large writing project without a good plan. That said, I do allow myself to deviate from that plan if the need arises. It just means I have to reformulate the plan before moving forward again.

Scott:  Finding the balancing point between not explaining things enough and over-explaining them. The fact that my books so far have involved computer hacking and time travel has not made this any easier.

Scott:  First, I’ll say Patrick F. McManus. He’s a humorist who specializes in hunting and fishing stories. There weren’t a lot of books in my household growing up, but my dad had a subscription to Outdoor Life. The back page always featured a humor piece by Patrick F. McManus, which I would read ASAP. I never picked up any real appreciation for hunting or fishing, but he taught me that writing could be funny.

As for novelists, I’ve read more than my share of Neal Stephenson, Terry Pratchett, Douglas Adams, and Hunter S. Thompson.

TQ:  Describe Off to Be the Wizard in 140 characters or less.

Scott:  A hacker proves reality is a computer program which he can control. He gets in trouble and flees to Medieval England to pose as a wizard.

TQ:  Tell us something about Off to Be the Wizard that is not in the book description.

Scott:  This is the long-awaited book in which the Pontiac Fiero finally gets the respect it deserves.

TQ:  What inspired you to write Off to Be the Wizard? How has the novel changed from when it was self-published until this new edition published by 47North?

Scott:  I had the general plot in mind for a while, but I hadn’t really gotten serious about trying to write a novel again. The two earlier failed attempts left me fairly demoralized. Then I got an idea involving time travel where for one character a logical series of events would be spread out over many days but to another character the events would all take place within a space of about five minutes and would be totally inexplicable. It was the challenge of trying to execute that idea that got me excited about trying again.

The 47North edition has many fewer typos. The single biggest mistake I made when I self-published was not hiring a professional editor. That is not a mistake I will make again. Beyond that, a few things are explained better, and I’ve added an action sequence to a part of the book that I felt was dragging slightly.

TQ:  You write an ongoing comic titled Basic Instructions. How does comic writing influence your novel writing or vice versa?

Scott:  I like to think that producing the comic has given me some good practice at writing humorous dialog. Aside from that, working on the comic makes me appreciate the freedom to stretch out that a novel allows. I can’t tell you how much of my time as a cartoonist is spent trying to cut unnecessary words out of a sentence because it’s taking up too much space.

Making the comic also taught me the importance of producing material on a regular basis. For years I thought I was the kind of person who couldn’t create on a set schedule. Turns out I was wrong about that.

TQ:  What sort of research did you do for Off to Be the Wizard?

Scott:  I read up on Medieval England and decided to deliberately not make my book a realistic depiction of life in that time. I figured I was writing a humorous book about time travel, I didn’t want to get bogged down explaining what a trencher was. I’m pretty happy with that decision, but I should have researched my technical computer details better, and my Esperanto grammar. The self-published edition of the book had some embarrassing errors.

Scott:  The easiest character was Phillip, because his thought process is most like mine, which is not necessarily a good thing. The hardest and my favorite are the same character: My villain (who I’m not going to name here). I found it both fun and challenging to try to think like someone who thinks they are doing the right thing, but are actually doing something awful.

TQ:  Give us one of your favorite lines from Off to Be the Wizard.

Scott:  “I’m delighted at the prospect of all the marvelous things you’re not going to say in the future! You know, the less you talk, the more people assume that what you're not saying is important.”

Scott:  I have already completed a second book and am currently working on the third in the trilogy of books that started with Off to Be the Wizard.

Scott:  Thanks for having me!


Off to Be the Wizard 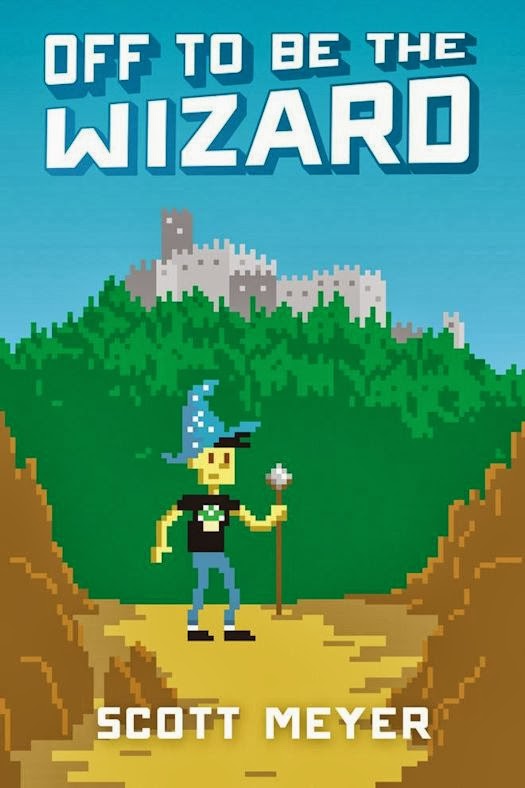 Martin Banks is just a normal guy who has made an abnormal discovery: he can manipulate reality, thanks to reality being nothing more than a computer program. With every use of this ability, though, Martin finds his little “tweaks” have not escaped notice. Rather than face prosecution, he decides instead to travel back in time to the Middle Ages and pose as a wizard.

What could possibly go wrong?

An American hacker in King Arthur’s court, Martin must now train to become a full-fledged master of his powers, discover the truth behind the ancient wizard Merlin…and not, y’know, die or anything.

Scott Meyer grew up in the small town of Sunnyside, Washington. He began his career in humor by working as a stand-up comedian and radio personality, a highlight of which was participating as the opening act in Weird Al Yankovic’s Running with Scissors tour. Following a long stint touring the United States and Canada, Scott settled down in Orlando, Florida, where he works on his ongoing comic strip, Basic Instructions. Off to Be the Wizard is his first novel.

Labels: 2014 DAC, 2014 DAC Interview, 2014 Debut Author Challenge, 47North, Off to Be the Wizard, Scott Meyer
Email ThisBlogThis!Share to TwitterShare to FacebookShare to Pinterest