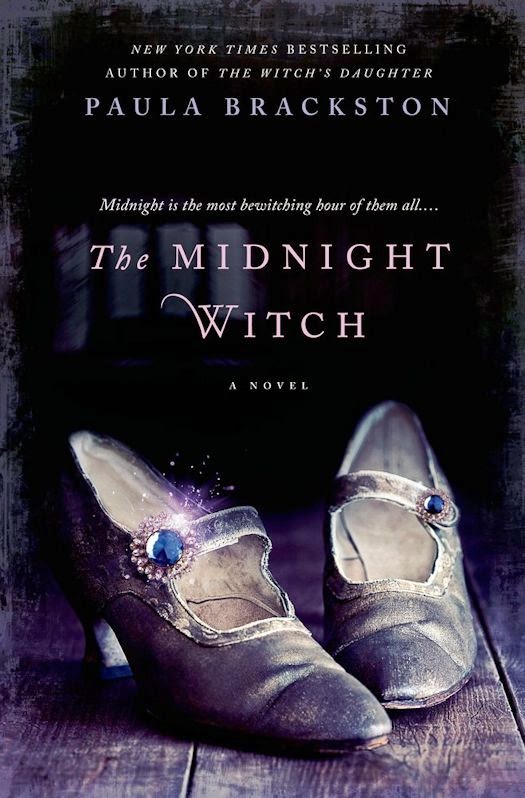 Midnight is the most bewitching hour of them all…

From Paula Brackston, the New York Times bestselling author of The Witch’s Daughter and The Winter Witch, comes a magical tale that is as dark as it is enchanting. Set in high society Edwardian England, The Midnight Witch is the story of a young witch who faces the choice between love and loyalty to her coven…

"The dead are seldom silent. All that is required for them to be heard is that someone be willing to listen. I have been listening to the dead all my life."

Lady Lilith Montgomery is the daughter of the sixth Duke of Radnor. She is one of the most beautiful young women in London and engaged to the city’s most eligible bachelor. She is also a witch.

When her father dies, her hapless brother Freddie takes on his title. But it is Lilith, instructed in the art of necromancy, who inherits their father’s role as Head Witch of the Lazarus Coven. And it is Lilith who must face the threat of the Sentinels, a powerful group of sorcerers intent on reclaiming the Elixir from the coven’s guardianship for their own dark purposes. Lilith knows the Lazarus creed: secrecy and silence. To abandon either would put both the coven and all she holds dear in grave danger. She has spent her life honoring it, right down to her engagement to her childhood friend and fellow witch, Viscount Louis Harcourt.

Until the day she meets Bram, a talented artist who is neither a witch nor a member of her class. With him, she must not be secret and silent. Despite her loyalty to the coven and duty to her family, Lilith cannot keep her life as a witch hidden from the man she loves.

To tell him will risk everything.

Brackston excels at placing her main characters under stress. Lilith Montgomery spends the entire novel grappling with those expectations - society's, the Coven's, and her own. The young woman and witch, 21 years old at the beginning of the novel, is a far cry from the woman and witch that she becomes at the end of the novel. It is not an easy path for her. She changes both from maturation and from being put through very difficult situations. She is sometimes confused by what she should do, but always has the best intentions. Things sometimes don't work out as expected of course and she must deal with the consequences of her actions. I really like Lilith. She's not perfect and she learns and grows throughout the novel to become an independent and very strong woman.

Lilith's main love interest, Bram, is a wonderful character who also changes and grows over the course of the novel. He too faces expectations - his family's versus his own. He wants to be an artist. His father wants him to work in the family business. It's interesting to see him struggle with his expectations for his art. Bram is not a nobleman, which presents problems with regard to his love of Lilith of course. In addition Lilith is engaged to Viscount Louis Harcourt, which presents additional problems for Bram... and for Lilith.

Brackston does not skimp when it comes the superb cast of secondary characters. All of them are incredibly memorable. There is also mystery and some surprises in the novel. The Midnight Witch is told from the points of view of 3 of the characters - Lilith, Bram and Nicholas Strickland (who you should read the novel to learn about!).

The world of The Midnight Witch is beautifully created with the lush writing that I found in Brackston's previous Witch novels. I was drawn immediately into The Midnight Witch and was immersed in the story until the very exciting and unexpected end.


Note that each of the 'Witch' novels by Paula Brackston is a complete standalone.

PAULA BRACKSTON is the New York Times bestselling author of The Witch’s Daughter and The Winter Witch. She lives halfway up a Brecon Beacon in Wales with her partner and their two children.