Please welcome Simon Logan to The Qwillery. Simon is the author of Katja from the Punk Band (2010) and Get Katja, which will be published on March 18, 2014 by ChiZine Publications. 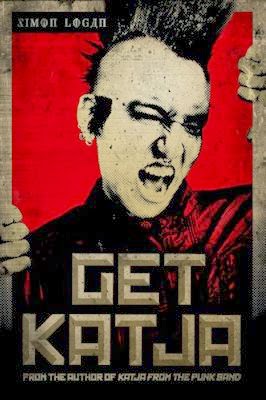 Simon:  Finding the time to write is always a challenge having two kids and a full-time job. Generally speaking I can manage one evening a week but even then sometimes that has to give way if my day job demands it. I’m also fairly self-critical and pay far more attention to the negative things people say than the positive things, not because I have a thing for self-flagellation but more because I figure paying attention to the negatives will be more likely be a guide in terms of how to improve. It’s sometimes challenging to know when to pay attention and when to ignore as my inclination is to take it all on-board.

Simon:  Definitely a plotter. I pretty much hash out each and every scene before I sit down to write it, holding back on doing anything at all until the piece is practically screaming at me. I’ll tend to think about things for a long time first then block the scene out in my mind as if it were a movie and because I’ll have already figured out a good chunk of what happens and how it should happen, I have more freedom to concentrate on the actual prose and dialogue. I think if I started writing something which I didn’t have an ending worked out for as I would be worrying the whole time about where and how it would end. I also like to plot so that I can get an idea as to the shape and flow of the story and smooth out some edges or joints in advance. That’s not to say that things don’t change once I start but it’s rare.

TQ:  Describe Get Katja in 140 characters or less.

TQ:  Tell us something about Get Katja that is not in the book description.

Simon:  The pub in the book’s climax, The Wheatsheaf, is based on a pub that was around the corner from my old flat. I’d take our dog our for a walk at night and often circle around past it and on a Friday night they’d always have punk bands on so there would be a crowd of crusty old punks hanging around outside. They were all really friendly and loved our dog since he was a fairly hefty boxer/staffy cross. It eventually got shut down after there was a fire (or vice versa) so I figured I would resurrect it in Get Katja.

TQ:  Get Katja is the sequel to Katja From the Punk Band. The first novel is described as an industrial crime thriller. What is an "industrial" crime thriller? Would you describe Get Katja the same way? Are the novels genre defying or genre blending?

Simon:  Blending more than defying, probably. The “industrial” tag came from the fact I initially wrote horror stories but grew tired of the seemingly self-imposed restrictions the genre placed on itself so I started pulling in more random inspirations from all aspects of my life and part of that was industrial music - more the sensations it created and its textured nature. As time went on I continued to draw on other sources and merge them all together, whether it was other forms of music, photography, movies or whatever. My inclination when writing within any given genre is to look at the edges of that genre and see what I can do to push around a little at them. It’s not so much about going out to deliberately do something awkward or different just to show off, it’s more about just not paying much attention to tropes or caring if you end up doing something which doesn’t fit. I need to have a strong internal sense of it all fitting together, however, otherwise I think it would fall apart on the page.

TQ:  What sort of research have you done for the novels?

Simon:  None at all unless you count just reading, watching and listening to what I would have done anyway. I did ask one of my online friends some questions about the transgender community to make sure I was getting my facts straight and not offending anyone but that was about it.

TQ:  In Get Katja Who was the easiest character to write and why? The hardest and why?

Simon:  They were all pretty easy to write, to be honest, as I tended to look at things from their point of view whenever I was writing one of their scenes. I took time to think about them, to empathize with them, at least on some level or another, so that there wasn’t really such a thing as a good guy or a bad guy. Katja and Nikolai were perhaps slightly easier since they carried over from the first novel but equally that made things more difficult as there was more story to integrate - the new characters could be whatever I wanted or needed. I guess Stasko had the least time dedicated to him in the novel so is still a bit of a mystery to me.

TQ:  Give us one of your favorite lines from Get Katja.

Simon:  I guess I always like to have an opening line which grabs you by the nuts so “Wakening up to find herself strapped to a gurney, the wall beside her stickered with x-rays and the lurid blueprints of the bizarre surgery she is about to be subjected to, Katja decides that things can’t get any more fucked-up.”

Simon:  I’ve got two completed manuscripts that I’d like to find a home for. One is a dystopic noir romance called Lovejunky which is about a pair of lovers who escape a chemical gang together by infusing one of their bloodstreams with the drug to which the other is addicted so is quite dark, vampiric and fetishistic. The other is called Blue Light and is a short mystery novel, a kind of tribute to David Lynch, about someone who becomes trapped within a crime - it’s looping and prism-like in terms of structure.

Other than that I have a few ideas for the next novel, which I’m pushing forwards at the same time, including one which will be similar in style and theme to the Katja books but featuring all-new characters. I’m also fleshing out ideas for a place in which to set my stories. One thing which often crops in when people look at my work is that some of them don’t like the fact I obfuscate on where and when the stories are based - personally I prefer this and was doing so deliberately however because it keeps coming up I’m working on developing a location. I figure if I do nothing else other than give the city a name it might shut some folk up :)

Oh and I suppose a third and final book for Katja?

Simon:  Thanks for the great questions. 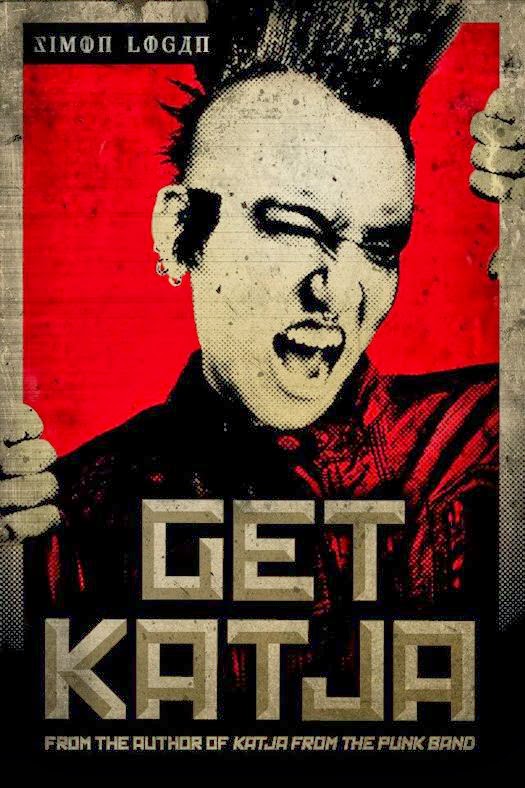 Katja from Simon Logan’s award-winning Katja From the Punk Band is back. Free and on the mainland, she emerges from hiding, only to find herself hunted by transvestite debt collectors, a mad surgeon and his voyeuristic fetish nurse and a corrupt detective, all of whom will stop at nothing to claim her for their own. And behind this scramble lies a twisted mind, desperate for revenge. Replete with dark humour, chaotic storytelling, and a fast-paced industrial thriller setting, Get Katja is the latest novel from the author of Pretty Little Things to Fill Up The Void, Nothing Is Inflammable, and I-O. 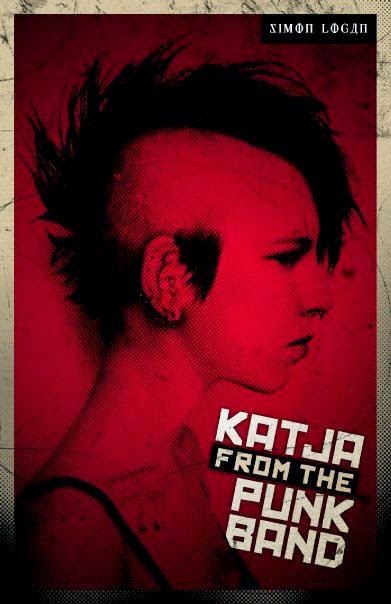 Katja, like everyone else stuck on the work island they call home, wants to get to the mainland by any means necessary. Shooting her boyfriend and stealing a chemical vial is one way to ensure her safe passage—the only problem is, she's not the only one who wants it, and the freedom it will bring: There's Nikolai the joystick junkie; Aleksakhina, Katja's parole officer; Vladimir Kohl, the small-time chemical dealer, and his boss Szerynski; the rival chemical lord Dracyev, and his lover, Ylena. And there's the Man In Red, ready and waiting for whoever is (un)lucky enough to end up with the vial.

Katja from the Punk Band is Jackie Brown meets the Sex Pistols—a fast-paced industrial crime-thriller that weaves multiple storylines and timeframes, from the author of Pretty Little Things to Fill Up The Void, Nothing Is Inflammable, and I-O.

Simon Logan is the author of the short story collections I-O, Rohypnol Brides and Nothing is Inflammable, and the industrial fiction novel Pretty Little Things To Fill Up The Void, as well as Katja From The Punk Band.

What:  One commenter will win a digital copy of Get Katja provided by ChiZine Publications.

Who and When:  The contest is open to all humans on the planet earth with an emailing address. Contest ends at 11:59 PM US Eastern Time on March 26, 2014. Void where prohibited by law. No purchase necessary. You must be 18 years old or older to enter.


*Giveaway rules and duration are subject to change without any notice.
a Rafflecopter giveaway