Here are some of the January 2021 novels by formerly featured Debut Author Challenge (DAC) Authors. The year in parentheses is the year the author was featured in the DAC.
Happy Book Birthday to Dan Koboldt and Stina Leicht!
Gerald Brandt (2016)
Threader Origins
Quantum Empirica 1
DAW, January 12, 2021
Hardcover and eBook, 384 pages 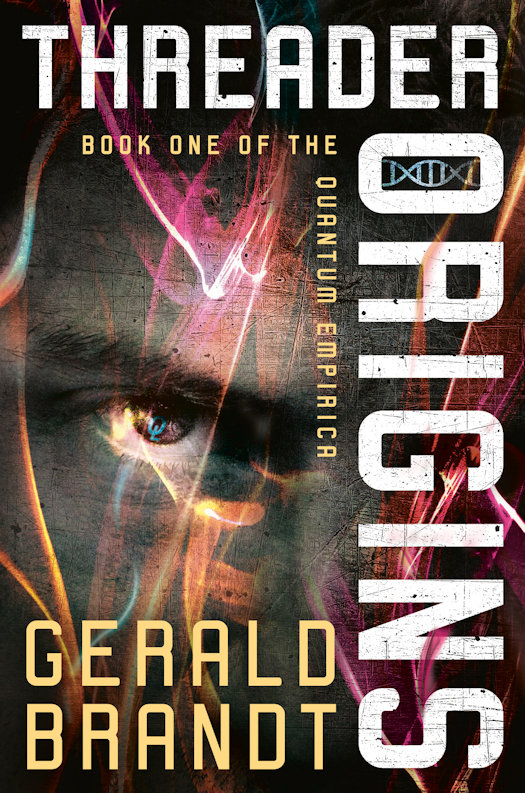 This first book of a new sci-fi series introduces an alternate earth where powerful Threads have the power to alter reality as we know it.
Pulled from his world by an experiment gone wrong, Darwin Lloyd is one of the few that can see the Threads—quantum strings that can be manipulated to change or control reality. On an alternate Earth ravaged by war, Darwin is torn between the Qabal and SafeHaven, his only goal to find a way back home and stop the same fate from happening in his time line.
Threads—thought of as a gift from the machine he helped his father create—and Threaders are both loved and hated, treated as gods by some and as criminals by others. Out of his element, Darwin must learn how to control the Threads and possibly join the hated Qabal to find the path back to his dad.
But Thread use comes at a price. Follow the possibilities and probabilities too far and the human mind shatters, leaving the Threader a mindless, drooling husk. Yet the Thread’s pull is almost irresistible, and a constant battle for those that can see them.
In this strange new world, Darwin discovers what he could never find on his own: friends, family, love, a mother he lost years before, and a younger sister he never had. BUILD-A-BEAR WORKSHOP MEETS JURASSIC PARK WHEN A NEWLY GRADUATED GENETIC ENGINEER GOES TO WORK FOR A COMPANY THAT AIMS TO PRODUCE CUSTOM-MADE DRAGONS
Noah Parker, a newly minted Ph.D., is thrilled to land a dream job at Reptilian Corp., the hottest tech company in the American Southwest. He’s eager to put his genetic engineering expertise to use designing new lines of Reptilian’s feature product: living, breathing dragons.
Although highly specialized dragons have been used for industrial purposes for years, Reptilian is desperate to crack the general retail market. By creating a dragon that can be the perfect family pet, Reptilian hopes to put a dragon into every home.
While Noah’s research may help Reptilian create truly domesticated dragons, Noah has a secret goal. With his access to the company’s equipment and resources, Noah plans to slip changes into the dragons’ genetic code, bending the company’s products to another purpose entirely . . . 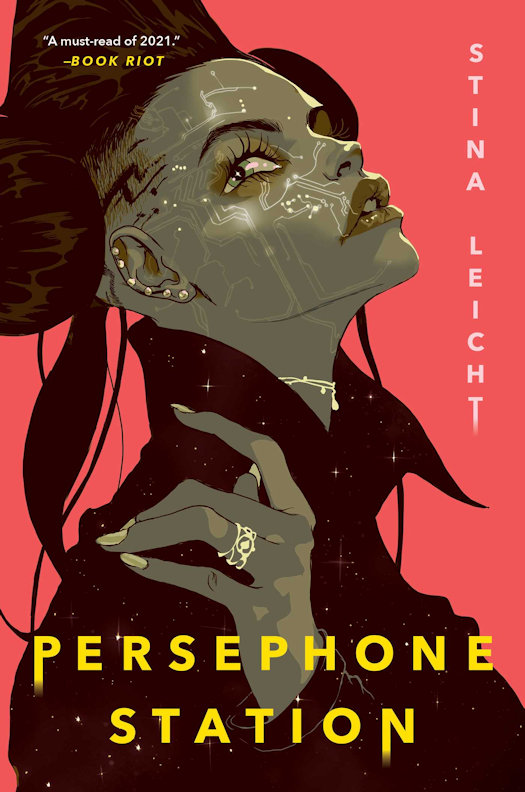 Hugo award–nominated author Stina Leicht has created a take on space opera for fans of The Mandalorian and Cowboy Bebop in this high-stakes adventure.
Persephone Station, a seemingly backwater planet that has largely been ignored by the United Republic of Worlds becomes the focus for the Serrao-Orlov Corporation as the planet has a few secrets the corporation tenaciously wants to exploit.
Rosie—owner of Monk’s Bar, in the corporate town of West Brynner, caters to wannabe criminals and rich Earther tourists, of a sort, at the front bar. However, exactly two types of people drank at Monk’s back bar: members of a rather exclusive criminal class and those who sought to employ them.
Angel—ex-marine and head of a semi-organized band of beneficent criminals, wayward assassins, and washed up mercenaries with a penchant for doing the honorable thing is asked to perform a job for Rosie. What this job reveals will effect Persephone and put Angel and her squad up against an army. Despite the odds, they are rearing for a fight with the Serrao-Orlov Corporation. For Angel, she knows that once honor is lost, there is no regaining it. That doesn’t mean she can’t damned well try.