The judges of the 2021 Philip K. Dick Award and the Philadelphia Science Fiction Society, along with the Philip K. Dick Trust, have announced the six nominated works that comprise the final ballot for the award:

First prize and any special citations will be announced on Friday, April 2, 2021 at Norwescon 43 which is being held virtually this year.
The link to the ceremony will be posted at https://www.norwescon.org when it is available.
The Philip K. Dick Award is presented annually with the support of the Philip K. Dick Trust for distinguished science fiction published in paperback original form in the United States during the previous calendar year. The award is sponsored by the Philadelphia Science Fiction Society and the Philip K. Dick Trust and the award ceremony is sponsored by the Northwest Science Fiction Society. 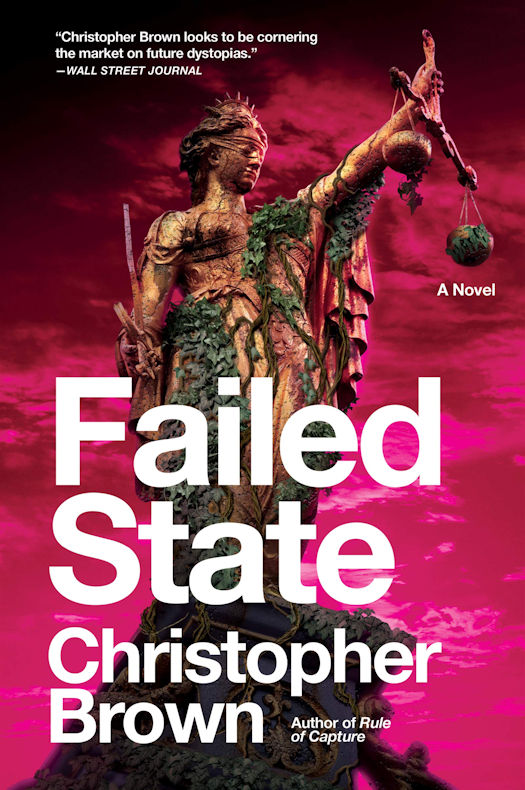 "The novel is as tense and thrilling as any of Brown's work, and as full of rage and hope. It's a novel that truly reckons with the enormity of both our climate emergency and the system that produced it - a tale of human imperfection and redemption." -- Cory Doctorow, bestselling author of Walkaway

In this second dystopian legal thriller from the author of the acclaimed Rule of Capture and Tropic of Kansas, lawyer Donny Kimoe juggles two intertwined cases whose outcomes will determine the course of America’s future—and his own.

In the aftermath of a second American revolution, peace rests on a fragile truce. The old regime has been deposed, but the ex-president has vanished, escaping justice for his crimes. Some believe he is dead. Others fear he is in hiding, gathering forces. As the factions in Washington work to restore order, Donny Kimoe is in court to settle old scores—and pay his own debts come due.

Meanwhile, the rebels Donny once defended are exacting their own kind of justice. In the ruins of New Orleans, they are building a green utopia—and kidnapping their defeated adversaries to pay for it. The newest hostage is the young heiress to a fortune made from plundering the country—and the daughter of one of Donny’s oldest friends. In a desperate gambit to save his own skin, Donny switches sides to defend her before the show trial. If he fails, so will the truce, dragging the country back into violence. But by taking the case, he risks his last chance to expose the atrocities of the dictatorship—and being tried for his own crimes against the revolution.

To save the future, Donny has to gamble his own. The only way out is to find the evidence that will get both sides back to the table, and secure a more lasting peace. To do that, Donny must betray his clients’ secrets. Including one explosive secret hidden in the ruins, the discovery of which could extinguish the last hope for a better tomorrow—or, if Donny plays it right, keep it burning. 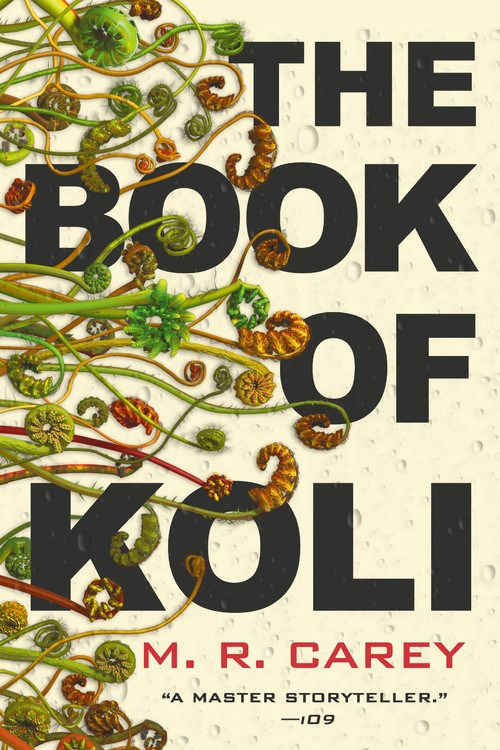 "This is a beautiful book. Gripping, engaging, and absolutely worth the time it takes to burrow yourself into its reality. I can't recommend it highly enough." —Seanan McGuire

The first in a masterful new trilogy from acclaimed author M. R. Carey, The Book of Koli begins the story of a young boy on a journey through a strange and deadly world of our making.

Everything that lives hates us…

Beyond the walls of the small village of Mythen Rood lies an unrecognizable landscape. A place where overgrown forests are filled with choker trees and deadly seeds that will kill you where you stand. And if they don't get you, one of the dangerous shunned men will.

Koli has lived in Mythen Rood his entire life. He believes the first rule of survival is that you don't venture too far beyond the walls.

"A captivating start to what promises to be an epic post-apocalyptic fable." —Kirkus

"Enthralling…Koli embarks upon a journey as perilous as it is enlightening." —Guardian

"The best thing I've read in a long time. I loved it." —Joanne Harris

"Carey hefts astonishing storytelling power with plainspoken language, heartbreaking choices, and sincerity like an arrow to the heart." —Locus

Look out for the next novels in the trilogy: The Trials of Koli and The Fall of Koli 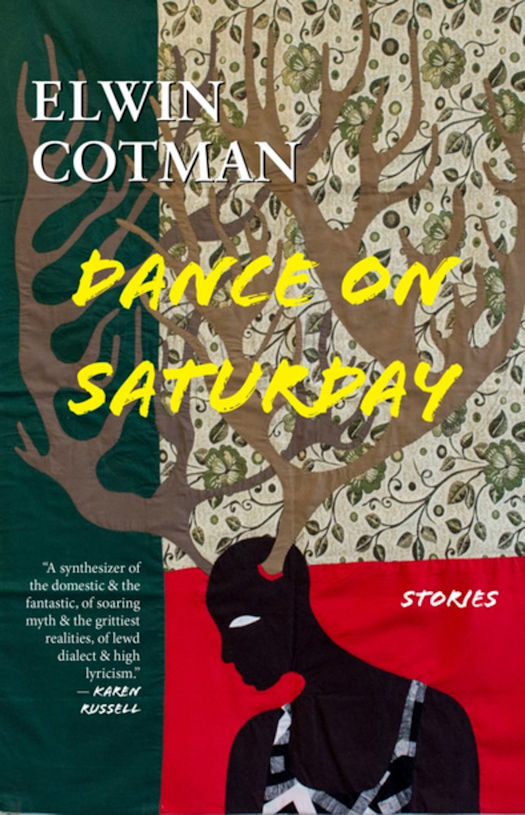 Planted deeply in the dark, musical fantastic heart of American storytelling, Cotman’s half dozen tales are ripe for the picking.

In the title novella, Cotman imagines a group of near-immortals living in Pittsburgh in an uneasy truce with Lord Decay. Their truce is threatened when one of them takes pity on a young woman who knows their secret. In “Among the Zoologists,” a game writer on their way to a convention falls in with a group of rogue Darwinists whose baggage contains a great mystery. A volleyball tournament devolves into nightmare and chaos in “Mine.” In Cotman’s hands, the conventions of genres from fairytales to Victorian literature to epic fantasy and horror give shape to marvelously new stories. 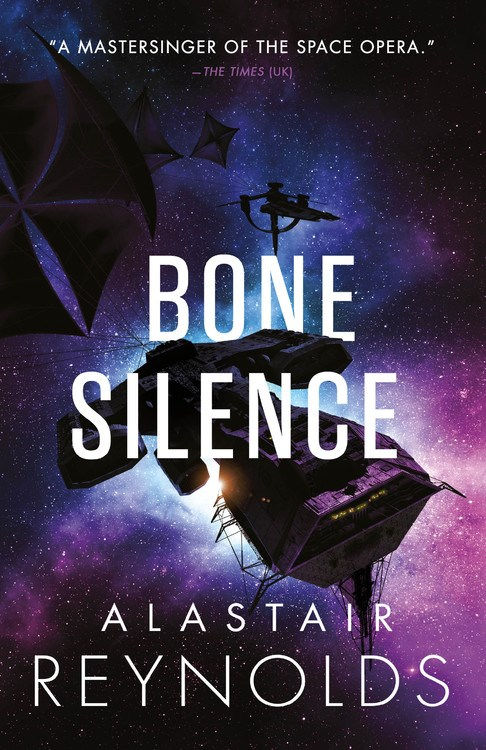 The thrilling finale to the Revenger Trilogy tells a desperate tale of greed, piracy, shadow governments, and ancient secrets that could unravel all of civilization

The Ness sisters ran away from home to become the most fearsome pirates in the twenty thousand worlds of the Congregation. They’ve plundered treasures untold, taken command of their own ship, and made plenty of enemies. But now they’re being hunted for crimes they didn’t commit by a fleet whose crimes are worse than their own. To stay one step ahead of their pursuers and answer the questions that have plagued them, they’ll have to employ every dirty, piratical trick in the book…. 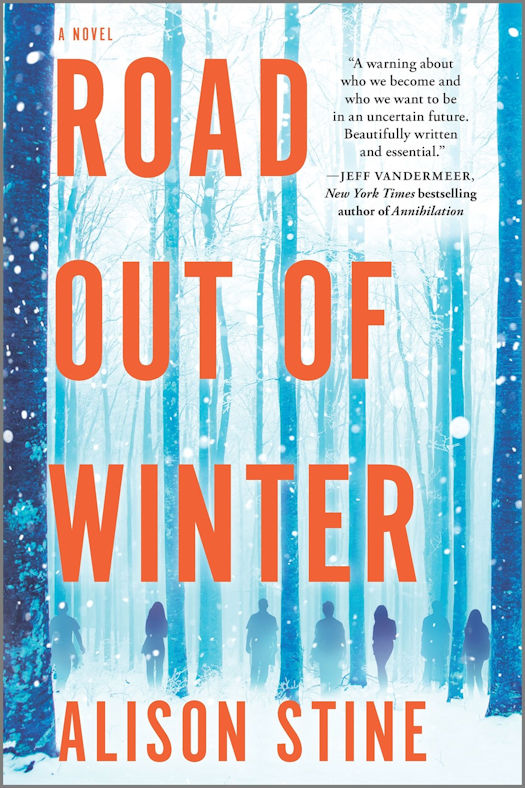 “Blends a rural thriller and speculative realism into what could be called dystopian noir…. Profoundly moving.”—Library Journal, starred review

In an endless winter, she carries seeds of hope

Wylodine comes from a world of paranoia and poverty—her family grows marijuana illegally, and life has always been a battle. Now she’s been left behind to tend the crop alone. Then spring doesn’t return for the second year in a row, bringing unprecedented, extreme winter.

With grow lights stashed in her truck and a pouch of precious seeds, she begins a journey, determined to start over away from Appalachian Ohio. But the icy roads and strangers hidden in the hills are treacherous. After a harrowing encounter with a violent cult, Wil and her small group of exiles become a target for the cult’s volatile leader. Because she has the most valuable skill in the climate chaos: she can make things grow.

Urgent and poignant, Road Out of Winter is a glimpse of an all-too-possible near future, with a chosen family forged in the face of dystopian collapse. With the gripping suspense of The Road and the lyricism of Station Eleven, Stine’s vision is of a changing world where an unexpected hero searches for where hope might take root.

“Richly imagined, deeply moving and unthinkably offers hope in a world that uncannily resembles ours currently in the thick of COVID-19…. Gloriously well-written.” —Ms. Magazine 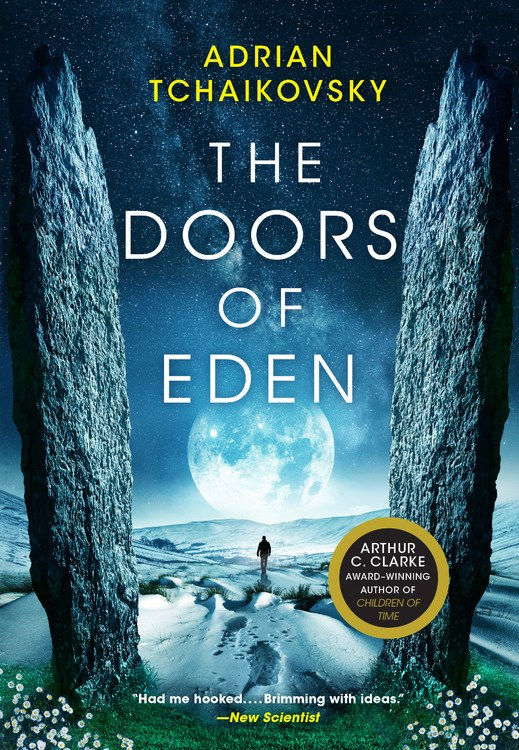 From the Arthur C. Clarke Award-winning Adrian Tchaikovsky, The Doors of Eden is an extraordinary feat of the imagination and a page-turning adventure about parallel universes and the monsters that they hide.

They thought we were safe. They were wrong.

Four years ago, two girls went looking for monsters on Bodmin Moor. Only one came back.

Lee thought she’d lost Mal, but now she’s miraculously returned. But what happened that day on the moors? And where has she been all this time? Mal’s reappearance hasn’t gone unnoticed by MI5 officers either, and Lee isn’t the only one with questions.

Julian Sabreur is investigating an attack on top physicist Kay Amal Khan. This leads Julian to clash with agents of an unknown power – and they may or may not be human. His only clue is grainy footage, showing a woman who supposedly died on Bodmin Moor.

Dr Khan’s research was theoretical; then she found cracks between our world and parallel Earths. Now these cracks are widening, revealing extraordinary creatures. And as the doors crash open, anything could come through.

“Tchaikovsky weaves a masterful tale… a suspenseful joyride through the multiverse.” (Booklist)