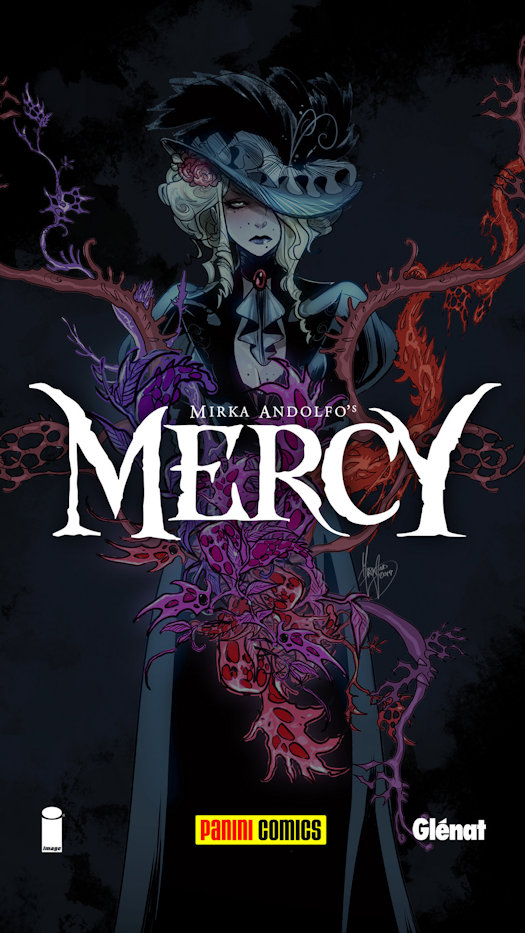 PORTLAND, Ore. 07/15/2019 — Bestselling creator Mirka Andolfo (Unnatural) teased her upcoming Image Comics miniseries, Mercy, last week with the promise to unveil more exciting details about the goth-inspired, Victorian monster series as the 2020 United States launch date approaches. The series will launch first in Italy from Panini this November, followed by 2020 releases in France from Glénat and in the United States from Image Comics.

Mercy explores topics of “otherness,” damnation and redemption, and what it means to be a monster in a horror tale perfect for fans of Penny Dreadful, Crimson Peak, The Alienist, Parasol Protectorate, and Dark Shadows.

After the poignant story of inclusion and self-discovery told in Unnatural, Andolfo presents a darker story that addresses issues far beyond typical genre-related tropes. Fans excited for the new series can visit https://www.mirkaandolfo.com/ to download a free wallpaper of the Mercy artwork.


ABOUT MIRKA ANDOLFO:
Mirka Andolfo is the creator of best-selling series such as Unnatural (2016, Panini Comics, Image Comics in the United States) and Sacro/Profano (2013, Dentiblù). As an illustrator, cover artist, and writer, she works with some of the most prestigious publishing houses in the world, including Image Comics, DC Comics, Marvel Comics, The Walt Disney Company, Éditions Glénat, BOOM! Studios, Valiant, Dynamite, and Aspen Comics.
ABOUT IMAGE COMICS
Image Comics is a comic book and graphic novel publisher founded in 1992 by a collective of bestselling artists. Image has since gone on to become one of the largest comics publishers in the United States. Image currently has six individuals on the Board of Directors: Robert Kirkman, Erik Larsen, Todd McFarlane, Marc Silvestri, Jim Valentino, and Eric Stephenson. It consists of five major houses: Todd McFarlane Productions, Top Cow Productions, Shadowline Comics, Skybound Entertainment, and Image Central. Image publishes comics and graphic novels in nearly every genre, sub-genre, and style imaginable. It offers science fiction, fantasy, romance, horror, crime fiction, historical fiction, humor and more by the finest artists and writers working in the medium today. For more information, visit www.imagecomics.com.
Posted by Qwill at 5:55 AM