Please welcome J.M. Riddles to The Qwillery as part of the Self-Published Fantasy Blog-Off 5 Interviews. J.M. has submitted her novel, Torn Apart, to SPFBO 5. 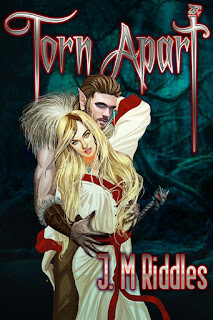 J.M.:  The first thing I ever wrote was an 80k word high-fantasy adventure novel when I was 17 years old. Of course, that piece will never see the light of day, but it made me realize how much I love writing - especially fantasy. I've been writing ever since.

J.M.:  About 85% plotter with just a little bit of pantsing to get me from scene to scene.

J.M.:  Sex scenes and fight scenes tend to slow me down because there's a lot of choreography involved. You have to come up with just the right descriptions of physical actions so that readers can hopefully visualize the scene the way you do or at least emote with it the way you hope they will.

J.M.:  Priestesses and shapeshifters versus demons.

TQ:  What inspired you to write your Torn Apart?

J.M.:  All of my writing inspiration comes from dreams. The Convergence series began with a dream I had of a woman finding a dilapidated old tree house and being sad because she lost someone and that was where they used to play as children; then when she turns around, she sees her lost friend as an adult. In the dream, he was a lycanthrope, and he had also believed that she was dead and gone and was surprised to see her again. They embraced, and the dream ended. I felt like this would be an excellent premise for a fantasy romance, and so after adding a few more details and coming up with a plot, that same dream turned into the first chapter (well, technically, the Prologue) for Torn Apart.

TQ:  Please tell us about the cover for Torn Apart.

J.M.:  The cover of all three books in my Convergence series are by Jesús García López who has had some of his work featured in Heavy Metal Magazine. The first book in the series, Torn Apart, depicts the two main characters Varg and Halea.

TQ:  In Torn Apart who was the easiest character to write and why? The hardest and why?

J.M.:  To be honest, they were all easy. I enjoyed writing every one of my characters (of which there are many).

TQ:  Does Torn Apart touch on any social issues?

J.M.:  Prejudice and bullying. The love of the two main characters is forbidden due to, Halea, being a human priestess, and her love interest, Varg, being a lycan. In the beginning of the story, they must overcome their differences and misconceptions to become friends, and in time, their friendship becomes love. The theme of overcoming prejudice runs throughout the series as humans and therianthropes are often placed in situations where they have set their hatred aside to work together and defeat their common enemy. As to bullying; Halea is a character who was bullied as a child, and through the course of the story, she finds acceptance but also grows into a stronger person because of her experiences.

TQ:  Give us one or two of your favorite non-spoilery quotes from Torn Apart.

J.M.:  "Maybe some therians were more civilized than she had imagined? Or perhaps it was just the innocence of children; too young and uncorrupted by the ways of the world to understand hate or prejudice, but instinctually understanding love and friendship instead."

J.M.:  Thank you for letting me participate in this interview. 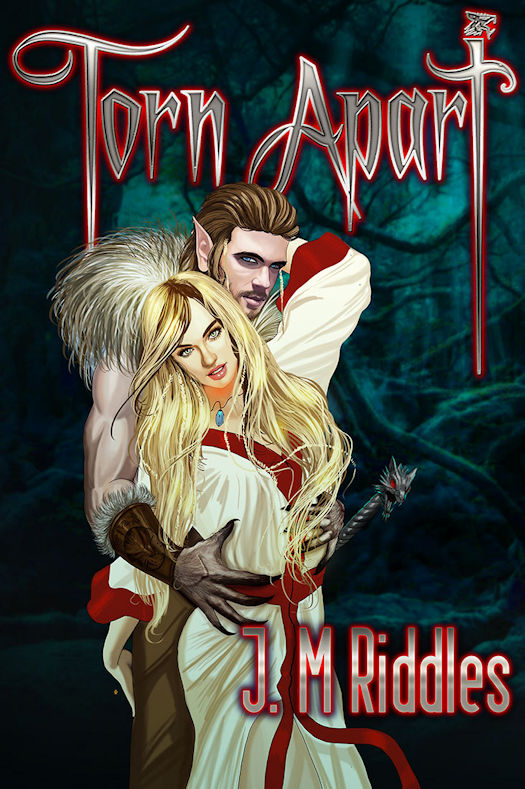 As a priestess in the service of the dragon goddess, Halea must roam the land hunting demons and sealing tears caused by the Chaos Dimension that seeks to converge with their world. She has sworn an oath to devote herself only to her goddess, and if necessary, will even die for her mission.

One day she discovers that her beloved childhood friend, Varg, has survived the devastation of the last convergence and has since risen to become the alpha of his people, the lycans. Together they battle the forces of Chaos, but when Varg wants Halea to be his mate, she is torn between her oath and her desire to be with the Wolf King who loves her. Only a blood sacrifice can stop the coming of the next convergence, and with Halea’s life on the line, Varg will do anything to save her.

*Warning: Mature content and language not intended for anyone under the age of eighteen. 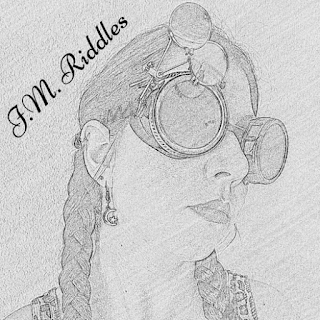 J.M. Riddles (aka Your Humble Author, aka J) is an avid lover of science fiction and fantasy. Some of her writing also features romance, paranormal, horror, surrealism, mature, and even young adult fiction. She holds a Bachelors degree in English Literature and four Associates degrees. Some of her interests include heavy metal, rock, sci-fi, fantasy, food, art, makeup, nature, and all things nerdy. She is currently hard at work on book three of the Convergence series.