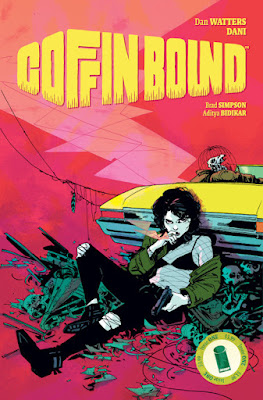 Cars! Guns! Entropy! Coffin Bound follows Izzy Tyburn, who is chased by an unstoppable killer and has decided that if the world won’t have her in it, it can have nothing of her at all. She’s re-treading her life, leaving nothing but burned rubber, ash, and the sun-scorched bones of those who get in her way. Ride shotgun on an unforgettable road trip through blood-splattered, grindhouse action best described as Bitch Planet and Mad Max: Fury Road set in the dark, twisted fantasy world of Sandman.

"It's a gleeful of literary grindhouse comic that brings to mind Milligan's Arthouse Pulp and notes of Pretty Deadly. Out in August. Pre-order now." —Kieron Gillen

"Dani is quite a discovery: the work is very inventive and actually very careful but the line is alive and organic—the ink just spills down and branches into the right places. And the language style Watters launches here is just wonderful—I summon Milch because it's eccentric and neo-antique like his DEADWOOD speech, rippling with character and drunken with its own pleasure... Coffin Bound is a damned joy." —Warren Ellis

"An acid drenched road trip, seeping violence and weirdness of the best kind. Definitely one to check out." —Ollie Masters

"Gorgeous and odd and very much its own unique monster. I am jealous at its filthy strangeness." —Ivan Brandon

"A gore-splattered—but poetic—road trip with one of the strangest stripper scenes in comics." —John Harris Dunning

"Your lessons of life delivered at the end of a muzzle by a choir of grindhouse philosophers laced with the wisdom of dead birds. I can hardly think of another story so fully infused with Dan Watters and Dani aesthetic." —Ram V

"Coffin Bound is a distillate of madness. A slice of apocalyptic dreamtime cut with engine smoke, acid nihilism and dirty juju. This is some top-class necrofuel, my friends, and you need it in your brain-tank pronto." —Si Spurrier

"Coffin Bound is a comic with a strong pulse that bleeds all over your hands while reading. You should give it a read." —Declan Shalvey 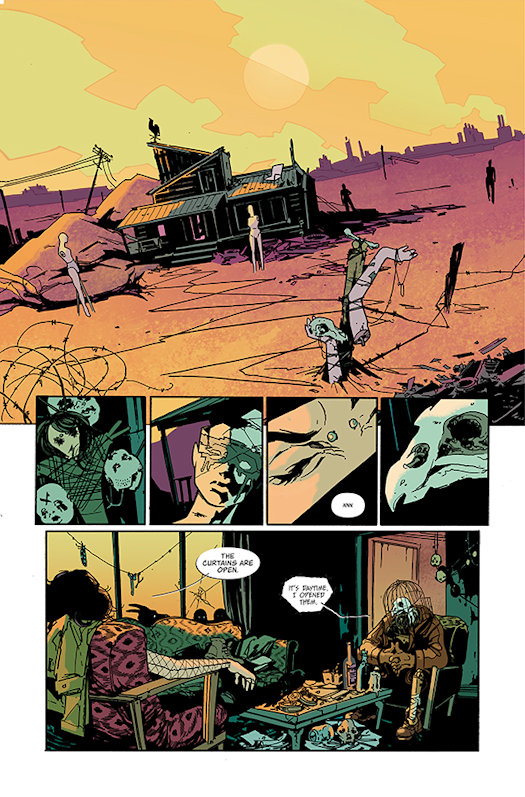 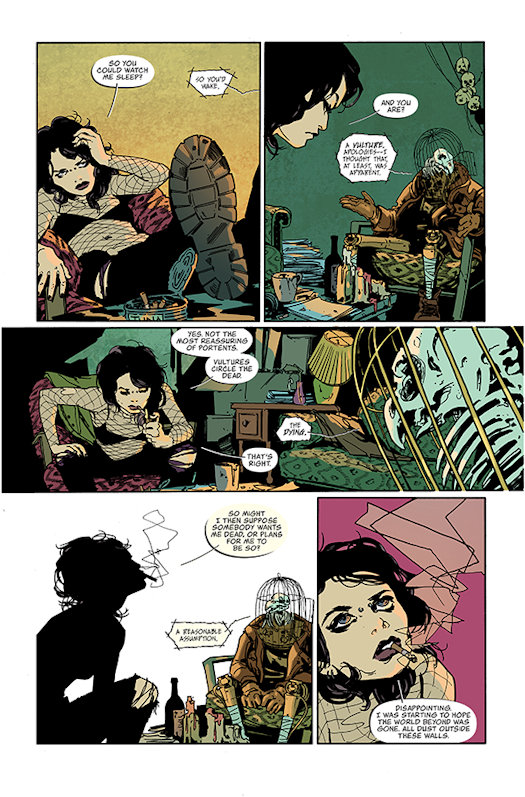 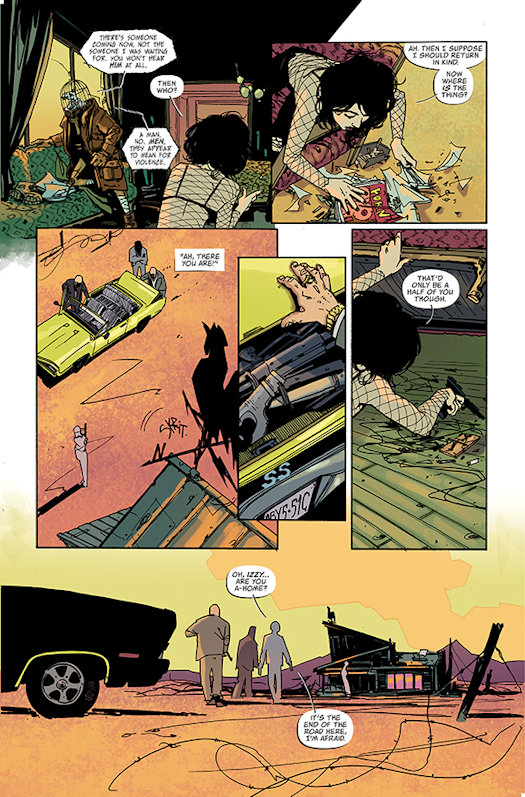 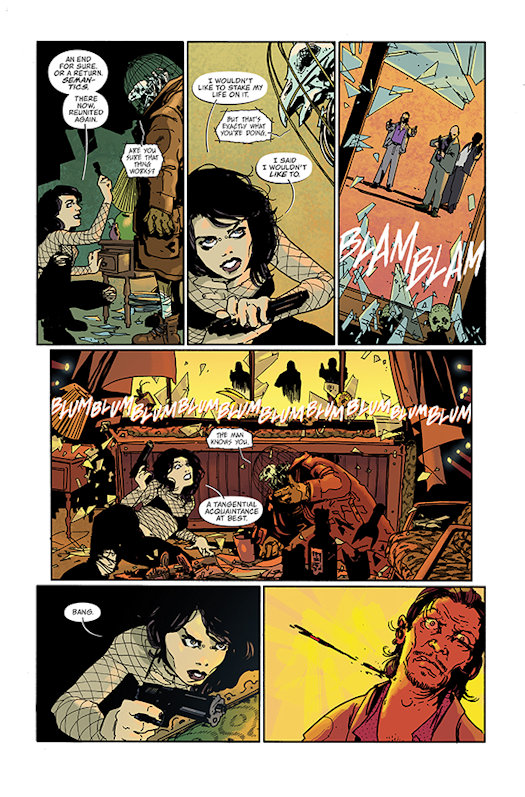 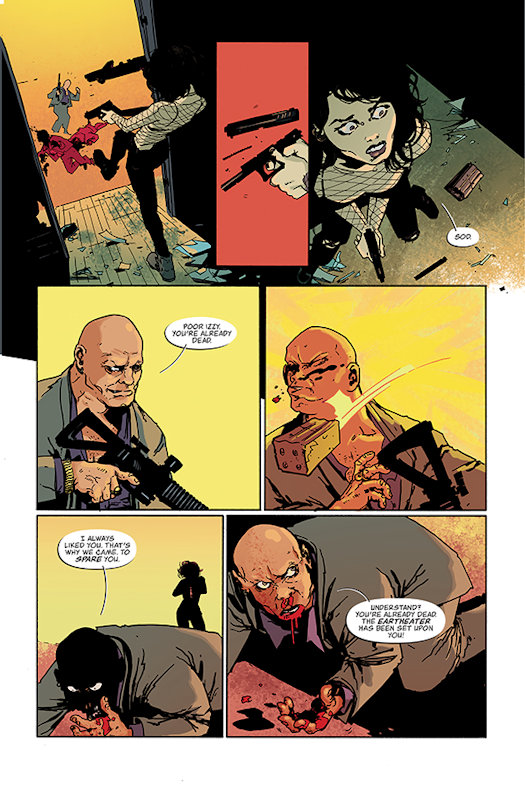 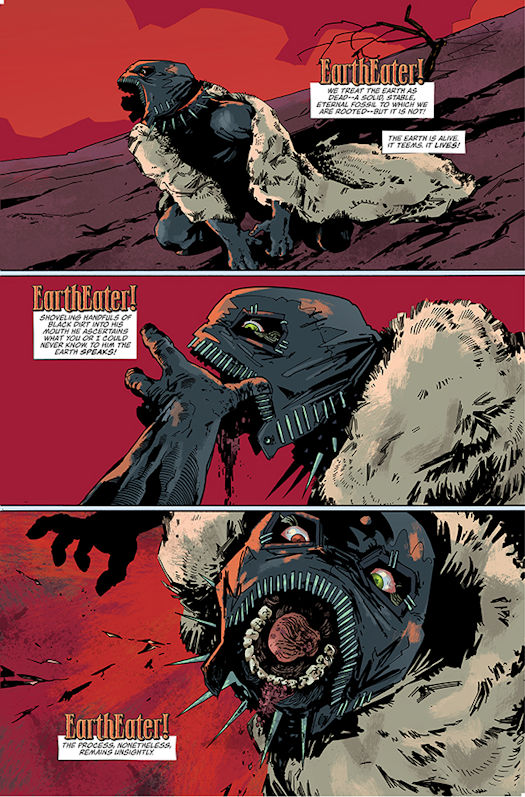 ABOUT IMAGE COMICS
Image Comics is a comic book and graphic novel publisher founded in 1992 by a collective of bestselling artists. Image has since gone on to become one of the largest comics publishers in the United States. Image currently has six individuals on the Board of Directors: Robert Kirkman, Erik Larsen, Todd McFarlane, Marc Silvestri, Jim Valentino, and Eric Stephenson. It consists of five major houses: Todd McFarlane Productions, Top Cow Productions, Shadowline Comics, Skybound Entertainment, and Image Central. Image publishes comics and graphic novels in nearly every genre, sub-genre, and style imaginable. It offers science fiction, fantasy, romance, horror, crime fiction, historical fiction, humor and more by the finest artists and writers working in the medium today. For more information, visit www.imagecomics.com.
Posted by Qwill at 11:01 AM