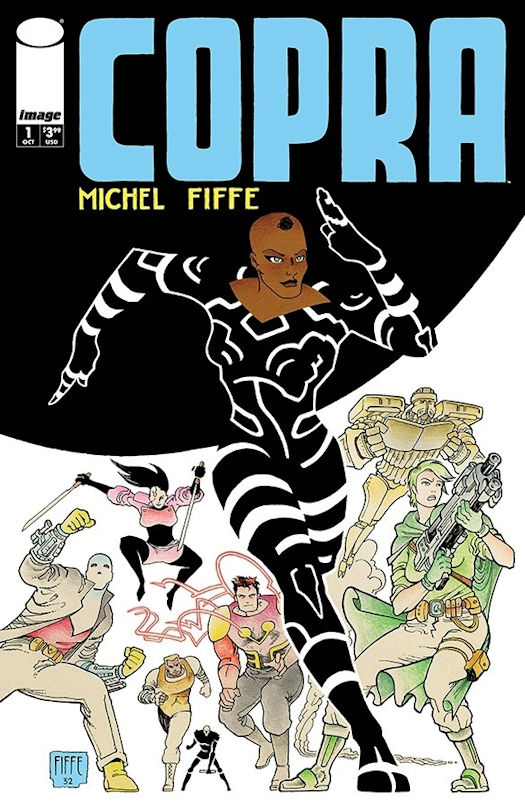 launching this October from Image Comics.

“I’m beyond excited to be returning to my own characters with all-new stories,” said Fiffe. “It’s been a minute since I last worked on Copra, but I’m back with laser focus and all is right in the universe. This first issue picks up right where the previous volume left off, so it’s an accessible continuation of the original arc. The hardcore fans and the new readers will both love it.”

Fiffe has earned praise for his work on Zegas, GI Joe: Sierra Muerte, Bloodstrike Brutalists, and All-New Ultimates—but his creator-owned superhero series Copra is far and away his most renowned and sought-after work. The original sold-out 31-issue series ended on a cliffhanger, and fans have been clamoring for the next chapter ever since.

ABOUT IMAGE COMICS
Image Comics is a comic book and graphic novel publisher founded in 1992 by a collective of bestselling artists. Image has since gone on to become one of the largest comics publishers in the United States. Image currently has six individuals on the Board of Directors: Robert Kirkman, Erik Larsen, Todd McFarlane, Marc Silvestri, Jim Valentino, and Eric Stephenson. It consists of five major houses: Todd McFarlane Productions, Top Cow Productions, Shadowline Comics, Skybound Entertainment, and Image Central. Image publishes comics and graphic novels in nearly every genre, sub-genre, and style imaginable. It offers science fiction, fantasy, romance, horror, crime fiction, historical fiction, humor and more by the finest artists and writers working in the medium today. For more information, visit www.imagecomics.com.
Posted by Qwill at 6:25 AM