Interview with Rena Rossner, author of The Sisters of the Winter Wood


Please welcome Rena Rossner to The Qwillery. The Sisters of the Winter Wood is now out in Trade Paperback from Redhook. 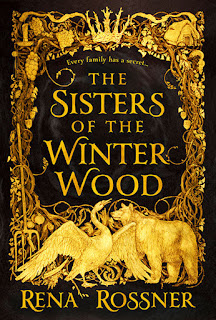 Rena:  I think I was in second grade, and it was a story about a bunny named Jenny LaHare. (There was also a real Jenny LaHare – a stuffed rabbit dressed in a pink flowered bonnet and dress and pinafore, who slept in my bed every night. I think I named her after my sister’s best friend Jen Levine…)

Rena:  I am a pantser and it is both a blessing and a curse. I am insanely jealous of authors who can plot out their novels – and authors who can plot in general. For me, my best work happens when I least expect it, and it is precisely when I decide exactly what will happen in a scene that my characters decide to do something completely different. But somehow, those are also the best moments – the places where magic happens. It’s really hard to trust yourself, to trust your subconscious, but it’s really what I’ve learned that I must do.

Rena:  The most challenging thing for me about writing is plotting – I really love to let the story take me where it will, but that often means that my plots need work. I am much more invested in the lyricism of my sentences – the “prettiness” of the writing, than I am in the actual plot of the story, so I often have to force myself to focus, and that’s really hard. I also write really slowly, so I’m majorly envious of writers who can put down thousands of words in a session, while for me, every 100 words feel like a major victory.

TQ:  Describe The Sisters of the Winter Wood using only 5 words.

TQ:  Tell us something about The Sisters of the Winter Wood that is not found in the book description.

Rena:  There are moments when the forest comes alive, and also where things characters see in the woods are not exactly the reality. Those were some of the parts I enjoyed writing the most.

TQ:  What appeals to you about writing Historical Fantasy?

Rena:  Two things: One, that it is a space where I can re-insert women into the story. Most of history has been written by men, and in seeking testimony and stories about what life was like in Dubossary (the town my mother’s father’s family came from, on the border of Moldova and Ukraine,) in the late 1800s and early 1900s, nearly all the stories I was able to find were either by men or about men. But I know that were women there, and I know that they had stories to tell, that some of them were certainly heroines in their own right. But their stories were lost to me – their stories are lost to us. One of the only ways that we can get those stories back (after doing copious amounts of research into what was, and what might have been,) is to imagine them. And secondly, fantasy is a place where we can rewrite history. It is only in fairy tales and fantasy where anything can happen – heroes can become villains and villains get the chance to redeem themselves. It’s a really important space, because it can help us make sense of our present, and find ways to make sure that if we are faced with a similar situation, we may have the tools or the power to make different choices – to ensure a different outcome.

TQ:  What sort of research did you do for The Sisters of the Winter Wood?

Rena:  I didn’t know much about the history of the real town of Dubossary when I first started out. I was simply looking for a place to set my tale, and I decided to start reading some of my family’s genealogy books (which I had never read before.) I found a poem online that was part of the Dubossary Yizkor (Memorial) book that echoed some of Goblin Market, it mentioned that the town was full of orchards and vineyards, berries, grapes, pears, apples, and melons, and I knew where I had to set my book. I also discovered, via that Yizkor Book but also via family testimory, that the Jews from that town fought back and made sure that a pogrom didn’t happen there. But it didn’t last. Starting in September 1941, the Nazis came to Dubossary and forced 600 Jews into the main synagogue and burnt it to the ground, after which they systematically wiped out the entire Jewish population. Today, there are 18,000 Jews buried in mass graves in the forests surround the town and only about 100-150 Jews left from the town. It is a bittersweet tale, and I read many many words of testimony from survivors who grew up in Dubossary in order to be able to bring the story to life. I wanted to bring to life the shtetl as it was before tragedy befell the town, to tell a story of courage, resistance and resilience, not a tale of tragedy.

TQ:  Do have a favorite folk or fairy tale?

Rena:  I think that GOBLIN MARKET is certainly my favorite fairy tale, which is why I spent so many years thinking about to write a re-telling. But I am also definitely partial to The Twelve Dancing Princesses – I once write a kind of twisted short story based on that tale…

TQ:  In The Sisters of the Winter Wood who was the easiest character to write and why? The hardest and why?

Rena:  Liba was the easiest character for me to write, because she is the most like me. I struggled with Dovid the most. I wanted to strike the perfect balance between his naivete and his sweetness, but also to give him a backbone and to find a way for him to come into his own.

TQ:  Give us one or two of your favorite non-spoilery quotes from The Sisters of the Winter Wood.

“She didn’t waste her time trying to smooth herself into something she wasn’t. She was powerful because she forged her own path.”


“If you want to know the history of a town, read the gravestones in its cemetery.”


“Sometimes even the smallest voice can have a big opinion.”


“That’s what the forest teaches you – change can come in the blink of an eye – the fall of one spark can mean total destruction.”


“Mami always says that fairy tales are real. With my head in my swan-mother’s lap,I start to believe – and I wonder which tale is ours.”

Rena:  I’m working on another fairy tale retelling that will also be based on my family history but this time set in Romania - part Hansel and Gretel, part Boys with Golden Stars (a Romanian fairy tale,) and it features a girl who falls in love with a star. It’s another story about sisters, and it’s a story about how we tell stories, and how those stories change us. 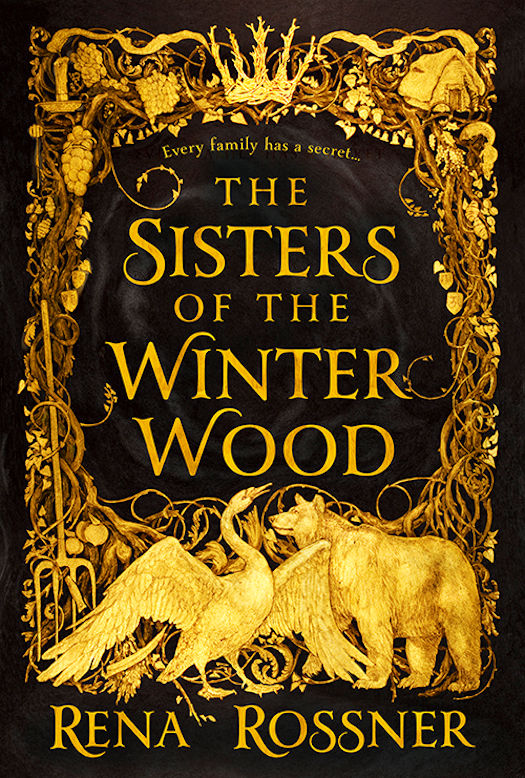 Captivating and boldly imaginative, with a tale of sisterhood at its heart, Rena Rossner’s debut fantasy invites you to enter a world filled with magic, folklore, and the dangers of the woods.

“With luscious and hypnotic prose, Rena Rossner tells a gripping, powerful story of family, sisterhood, and two young women trying to find their way in the world.” –Madeline Miller, author of The Song of Achilles and Circe

In a remote village surrounded by vast forests on the border of Moldova and Ukraine, sisters Liba and Laya have been raised on the honeyed scent of their Mami’s babka and the low rumble of their Tati’s prayers. But when a troupe of mysterious men arrives, Laya falls under their spell – despite their mother’s warning to be wary of strangers. And this is not the only danger lurking in the woods.

As dark forces close in on their village, Liba and Laya discover a family secret passed down through generations. Faced with a magical heritage they never knew existed, the sisters realize the old fairy tales are true…and could save them all.

Rena Rossner lives in Israel, where she works as a literary agent. All eight of her great grandparents immigrated to America to escape the pogroms, from towns like Dubossary and Kupel. It is their story, together with her love of Jewish mythology and fantasy, which inspired her to write The Sisters of the Winter Wood.

Labels: Interview, Redhook, Rena Rossner, The Sisters of the Winter Wood
Email ThisBlogThis!Share to TwitterShare to FacebookShare to Pinterest