Interview with W.C. Bauers, author of the Chronicles of Promise Paen


Please welcome W.C. Bauers to The Qwillery. Indomitable, the second novel in the Chronicles of Promise Paen, was published on July 26th by Tor Books. 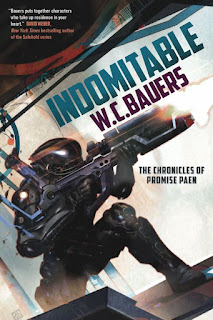 TQ:  Welcome back to The Qwillery. Your newest novel, Indomitable (Chronicles of Promise Paen 2), was published on July 26th. Has your writing process changed (or not) from when you wrote Unbreakable (Promise Paen 1) to Indomitable?

WCB:  Writing UNBREAKABLE was like navigating in the fog of war. I never knew what was around the corner or who was about to die. I didn't kill off any of my characters. I simply found them dead. Well...INDOMITABLE came to me differently. At first I plotted and schemed, down to the very death. I already had a world to write within and characters living on the page, and I wanted to be true to what I’d already written in UNBREAKABLE. At some point I realized I had to get out of my head and back to the stream-of-conscious flow that had served me so well for UNBREAKABLE. Too much planning makes for dull reading.

TQ:  What do you wish that you knew about book publishing when Unbreakable came out that you know now?

WCB:  There’s an ancient Hebrew proverb that says, “This too shall pass.” Typically, it’s associated with trying times. But, it’s just as relevant for the extraordinary moments of life. Publishing a book is one of the later. I spent a year writing UNBREAKABLE, and then a year finding an agent, and then more than a year waiting for the book to release. I was very future focused. I wanted the book out, now. Looking back, I wished I’d slowed down more to simply enjoy the process leading up to the publication of the book. I’m trying to do that now with INDOMITABLE. Living in the meantime is a great deal of fun.

TQ:  Tell us something about Indomitable that is not found in the book description.

WCB:  My main character, Promise, is an orphan. That's no secret. In INDOMITABLE she meets a young girl not unlike herself and through some mishaps rediscovers the meaning of family. It's a part of the book I'm very proud of. Rather than spoil that part of the plot I'll stop there.

TQ:  Which character in the The Chronicles of Promise Paen (so far) surprised you the most? Who has been the hardest character to write and why?

WCB:  That's easy. Promise's mother, Sandra, is both my most surprising and most difficult character to write. I never saw her coming. And, she scares me. She's very unpredictable.

WCB:  Much has been said about women in combat roles. Can they? Should they? What about the physiological differences between the sexes? Won't men treat women differently, and won't that lead to compromised units and a decrease in readiness? That line of questioning illustrates what you might call the gender combat gap. Because I write military SF, and since my main character is a woman, you might expect me to say something on the matter. And I do in my own way. My books avoid the ideological trench warfare were now seeing regarding combat roles of all kinds opening to women. Instead they tell a story of what it looks like for a young, capable woman to lead a company of mechsuited Marines. Promise leads from the front, and rather well if you ask me.

TQ:  Which question about The Chronicles of Promise Paen do you wish someone would ask? Ask it and answer it!

WCB:  Why hasn't Katee Sackhoff optioned the filmed rights to the series and accepted the lead role? She'd make a perfect Promise Paen. Funny you should ask. I keep asking myself the same question.

TQ:  Give us one or two of your favorite non-spoilery quotes from Indomitable.

WCB:  For some reason this quote has stayed with me. When we get to this place in the book, Promise has just met her new commanding officer. He begins to ask her hard, probing questions about her past, specifically about an operation that didn’t go to plan, an operation where a lot of Marines died under her command. At times, Promise has very thick skin. But she can also wear her emotions on her sleeves, just like she does here:

“You want to know how I live with my dead, sir? By remembering them. I remember them every day of my life. I see their faces before lights-out. I dream about them. BUMED says to give it time. Well, sir, it’s a slow fade. Maybe that’s the true burden of command, living with your dead. Frankly, I wouldn’t wish it upon anyone.”

WCB:  I have a twelve-page synopsis ready to go for books three and four in the Chronicle of Promise Paen. Book three, UNCOMPROMISED, is the story of Promise becoming a special operator. I hope to get to this book soon. There are several short stories calling to me. I haven't yet published a short. Contributing to an anthology is on my bucket list. I’m working on a picture book idea, which I hope finds a home. And there's that partially finished young adult novel in the virtual drawer.

WCB:  Thank you for having me and for being an earlier supporter of the books. That means more than I can say. 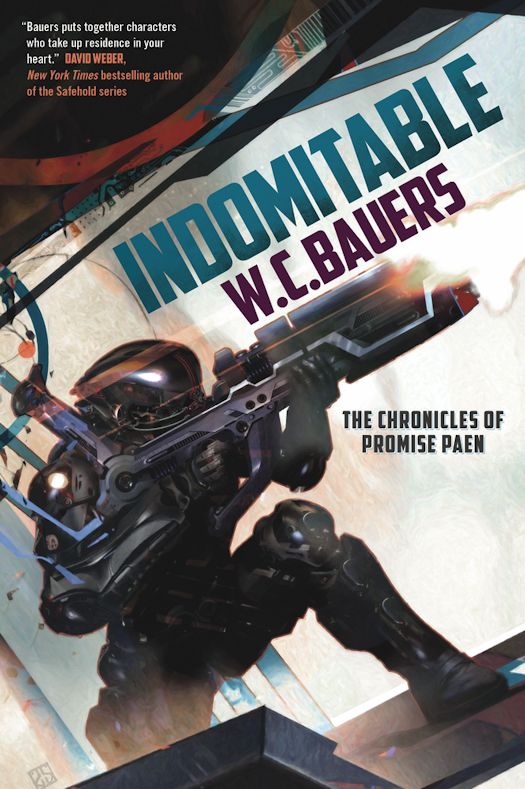 Lieutenant Paen barely survived her last encounter with the Lusitanian Empire. She's returned home to heal. But the nightmares won't stop. And she's got a newly reconstituted unit of green marines to whip into shape before they deploy. If the enemies of the RAW don't kill them first, she just might do the job herself.

Light-years away, on the edge of the Verge, a massive vein of rare ore is discovered on the mining planet of Sheol, which ignites an arms race and a proxy war between the Republic and the Lusitanians. Paen and Victor Company are ordered to Sheol, to reinforce the planet and hold it at all costs.

On the eve of their deployment, a friendly fire incident occurs, putting Paen's career in jeopardy and stripping her of her command. When the Lusitanians send mercenaries to raid Sheol and destabilize its mining operations, matters reach crisis levels. Disgraced and angry, Promise is offered one shot to get back into her mechsuit. But she'll have to jump across the galaxy and possibly storm the gates of hell itself. 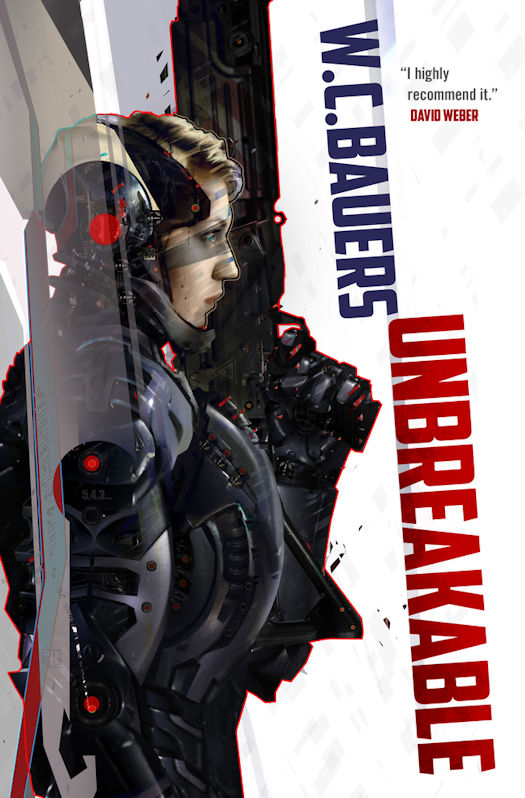 The colonists of the planet Montana are accustomed to being ignored. Situated in the buffer zone between two rival human empires, their world is a backwater: remote, provincial, independently minded. Even as a provisional member of the Republic of Aligned Worlds, Montana merits little consideration—until it becomes the flashpoint in an impending interstellar war.

When pirate raids threaten to destabilize the region, the RAW deploys its mechanized armored infantry to deal with the situation. Leading the assault is Marine Corps Lieutenant and Montanan expatriate Promise Paen of Victor Company. Years earlier, Promise was driven to join the Marines after her father was killed by such a raid. Payback is sweet, but it comes at a tremendous and devastating cost. And Promise is in no way happy to be back on her birthworld, not even when she is hailed as a hero by the planet's populace, including its colorful president. Making matters even worse: Promise is persistently haunted by the voice of her dead mother.

Meanwhile, the RAW's most bitter rival, the Lusitanian Empire, has been watching events unfold in the Montana system with interest. Their forces have been awaiting the right moment to gain a beachhead in Republic territory, and with Promise's Marines decimated, they believe the time to strike is now.

W. C. Bauers works in sales and publishing during the day and writes military science fiction and space opera at night. His first novel, UNBREAKABLE, was an Amazon and B&N, Science Fiction and Fantasy Best Book of the Month pick, for January 2015. His second, INDOMITABLE, is a B&N and Kirkus Best of the Month Pick, for SF/F, for July 2016.

​Bauers's interests include Taekwondo, military history, all varieties of Munchkin, and drinking hot caf. He lives in the Rocky Mountains with his wife, three boys, and the best rescue in the world.