Interview with Beth Lewis, author of The Wolf Road


Please welcome Beth Lewis to The Qwillery as part of the 2016 Debut Author Challenge Interviews. The Wolf Road was published on July 5th by Crown. 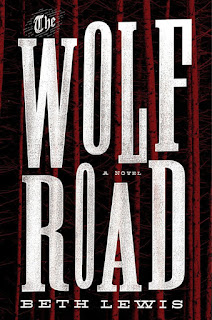 Beth:  It’s probably a cliché but in truth, I’ve always written. The first story I remember writing was in Class 2, I would have been five or six, and it just went from there. I made up my own narratives and wrote down all the stories my mother told me, stapled the pages into books and asked for a typewriter for my birthday one year. It was an obsession and it still is. I just love making up stories and characters and my mind is always buzzing with ‘what if’ questions that are just begging to be turned into novels.

Beth:  I used to think I was a pantser and was proud of the fact, but recently I’ve come to realise I’m more of a hybrid but still very much leaning to the pantser side. I tend to have a basic plot in my mind when I start writing, or at least, an endpoint I want to get to. The characters will come to me shortly after and an opening scene. I usually don’t have any idea how I’ll get to the end from there but that’s the fun part.

Beth:  Finding the time. I have a more-than-full-time job which I love but can be very stressful. It’s hard to find the motivation after a long day to sit down for a few hours in front of a laptop of an evening. I tend to write most on weekends, but that can also be difficult as sometimes I just want to slump down in front of Netflix and binge-watch House of Cards. It’s a balancing act and takes a lot of discipline.

Beth:  TV and movies influence me quite a lot, probably more than books nowadays if I’m honest. I’m quite a visual person so the medium works for me. If I’m writing a book set in the forest, I don’t want to read how another author describes that forest, I want to see it for myself and describe it for myself, TV is invaluable for that. I’ve had a couple of ideas spark from moments in movie or TV scenes, just seconds really. I also love the southern storyteller tradition and going back to my school days, reading the epics, the Iliad, the Odyssey, both originally told orally, were a great influence. All I really want to do is tell stories.

TQ:  Describe The Wolf Road in 140 characters or less.

Beth:  In a war-torn wilderness, Elka discovers the man who raised her is a killer so flees to find her parents, but he’s not letting her go easily.

TQ:  Tell us something about The Wolf Road that is not found in the book description.

Beth:  The book description, both in the UK and US, doesn’t tend to mention Penelope. She’s probably my favourite character, as she’s the total opposite to Elka but no less kick-ass. They form a reluctant partnership which grows into a sister-like bond. Their friendship is key to Elka’s whole story and was my favourite part to write.

Beth:  The post-apocalyptic setting came about after I’d conceived the basic story. I considered making the book historical but that can be very restrictive, especially in terms of gender roles. I didn’t want to limit Elka, Penelope or Lyon just because they were female in a certain time. A post-apocalyptic setting gave me quite a lot of freedom, it was a bigger playground for the story and as soon as I realised that it would be a PA story, everything fell into place. The PA element was never about the event that triggered it or the wider societal implications, it became coincidental. It just so happened that Elka’s story took place in that environment.

TQ:  What sort of research did you do for The Wolf Road?

Beth:  I watched a lot of TV, mainly survival shows and anything set in Alaska or the Yukon, lots of nature documentaries as well. I also went on a three-day Wilderness Survival course which involved sleeping under a shelter I built, preparing game (skinning rabbits etc.), learning all different ways to make fire, knife skills, trapping and snares, natural medicine and navigation, all kinds of things Elka uses in her journey. That hands-on experience was fantastic and gave me so much inspiration for the book.

TQ:  In The Wolf Road who was the easiest character to write and why? The hardest and why?

Beth:  Elka was the easiest. She sprang fully formed from the ground and swore at me. Elka has clear motivations and a kind of code she lives by so her actions and reactions were always framed by that. She was a joy to write. The hardest character was probably Lyon. She gets very little screen time but I still had to make her as scary as possible and also sympathetic. It was quite challenging.

Beth:  This is a difficult one. I haven’t consciously included or excluded any social issues but all novels seem to contain them. I suppose human’s relationship to nature is something I wanted to explore, how we can destroy it so carelessly thinking it’ll just recover in a generation. We’ve got a finite about of world and land and we’ve got to respect it.

TQ:  Which question about The Wolf Road do you wish someone would ask? Ask it and answer it!

Beth:  This is the hardest question of them all! I’m thrilled to be asked any questions to be honest so I can’t really think of anything that’s missing. Sorry!

TQ:  Give us one or two of your favorite non-spoilery quotes from The Wolf Road.

These were trees grown up in sorrow and hard soil, green was dark, trunks was twisted and stunted and I could hear ‘em weeping. Right across the mountains, right across the low plains and torn-up land, them old wailing voices carried strong on the wind. The north was raging, low and slow like only land knows how.

Beth:  A few weeks ago I handed in the first draft of my next book. It’s the story of four kids in a small, farming community in the midwest, set in the early ‘70s. They find a body and set about trying to solve the murder but, of course, they dig too deep, ask too many questions, bad things happen. Now that’s handed in, I plan on doing very little for as long as possible! 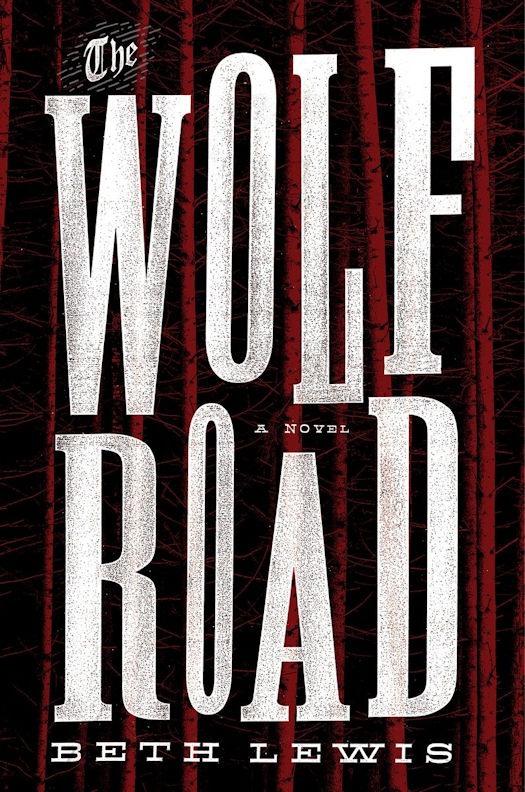 ELKA BARELY REMEMBERS a time before she knew Trapper. She was just seven years old, wandering lost and hungry in the wilderness, when the solitary hunter took her in. In the years since then, he’s taught her how to survive in this desolate land where civilization has been destroyed and men are at the mercy of the elements and each other.

But the man Elka thought she knew has been harboring a terrible secret. He’s a killer. A monster. And now that Elka knows the truth, she may be his next victim.

The Wolf Road is an intimate cat-and-mouse tale of revenge and redemption, played out against a vast, unforgiving landscape—told by an indomitable young heroine fighting to escape her past and rejoin humanity.


Beth Lewis is a managing editor at Titan Books in London. She was raised in the wilds of Cornwall and split her childhood between books and the beach. She has traveled extensively throughout the world and has had close encounters with black bears, killer whales, and great white sharks. She has been a bank cashier, a fire performer, and a juggler.